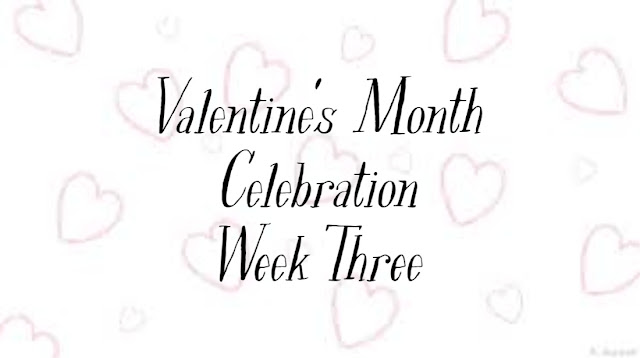 It's week three in Diverse Reader's Valentine's Month Celebration. We have another fabulous batch of authors here today. They are promoting a romance book of theirs and it will be up for grabs in the giveaway at the bottom. So, check it all out! 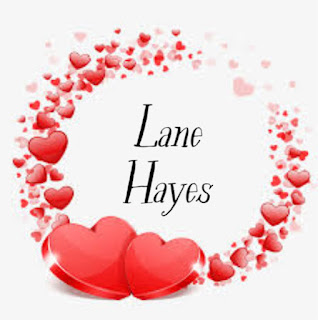 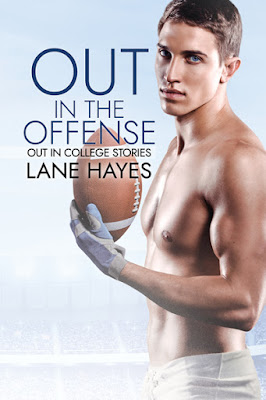 OUT IN THE OFFENSE
Christian Rafferty is a talented quarterback with a big secret. He’s determined to make the most of his final season on the football field, and if possible, avoid any confrontations with his conservative parents about his future. It shouldn’t be difficult; he’s become adept at keeping his public and private lives separate. However, when a math class threatens to derail his plans to graduate on time, he realizes he may need outside help.
Rory Kirkland has a reputation for being a tough guy. He’s a former wrestler and recent college graduate who needs a real job. Until he finds one, tutoring is a decent temporary gig. Luckily, his brain is his biggest asset. Rory is a genius. He credits his sport for helping him deal with angst and rumors about his sexuality when he was younger, but he doesn’t care what others think anymore. He likes his new status as an out and proud bi man; and he recognizes something of himself in Christian. But Rory didn’t count on falling for him. When an unlikely friendship collides with intense attraction, both men begin to realize that coming out on offense just might be the surest path to love.
Purchase Link
Author Links:
Twitter
Facebook
Blog 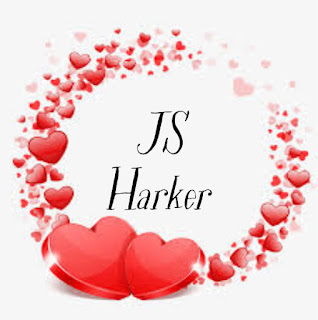 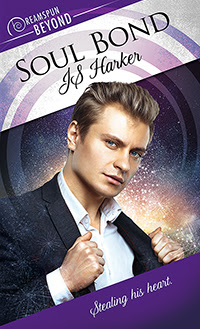 Stealing His Heart
As a thief and a warlock, Noah survives by using his wit and charm to prey on the privileged. His dangerous criminal boss wants an enchanted dagger belonging to a family of wealthy mages, including their pampered—but handsome—son, Ben. Failing to complete the job will be hazardous to Noah’s survival.
Noah bumps into Ben at a lavish party, and as soon as they meet, the connection’s undeniable, and it goes much further than ordinary attraction. Their bond reaches into their souls, entwining and changing their magic.
Which Noah thinks he can use to get to the dagger. After all, he isn’t sure this soul bond Ben seems so obsessed with is even real.
He also doesn’t count on being caught red-handed…. Or falling in love.
Links to buy:
Dreamspinner Press
Amazon
B&N
Author Links 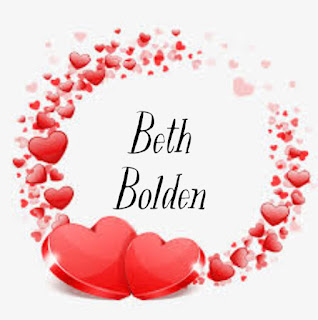 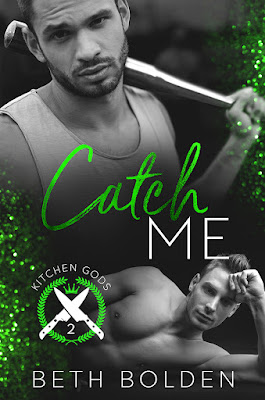 
Chef Wyatt Blake is finally ready to move on from his thankless job. He gets no wiggle room, zero praise, plenty of abuse, and on a good day, he might only spend twelve hours in the Terroir kitchens. A friend of his recommends a private chef position, but despite the boost in pay, Wyatt doesn’t want to babysit some spoiled, rich LA family.
Imagine his shock when the family isn't a Kardashian clone, but Ryan Flores, the only professional baseball player to ever come out of the closet. Ryan is also at a career crossroads. His team’s management wants to see his more responsible side, which means no more late night hookups and no more adrenaline-charged stunts. When his agent suggests he find a fake boyfriend to give him an air of domesticity, he’s only reluctantly interested. Until Ryan goes to a local bar and spies the cute private chef he’s supposed to be interviewing the next day. Maybe a quieter life wouldn’t be so bad, as long as Wyatt is part of it? Wyatt believes Ryan could be more than just a crappy boss, but he isn't sure about leaving the kitchen for the life of a professional boyfriend. Especially when he wants the reality so much more than the fantasy. 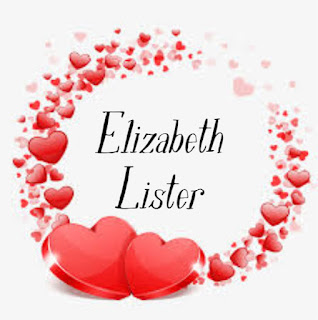 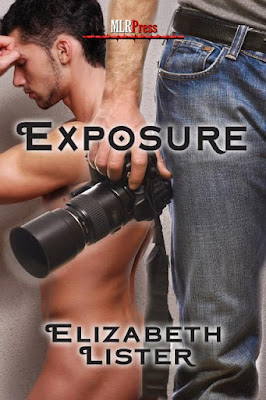 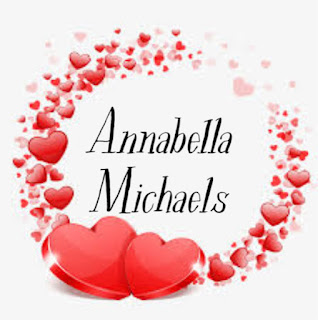 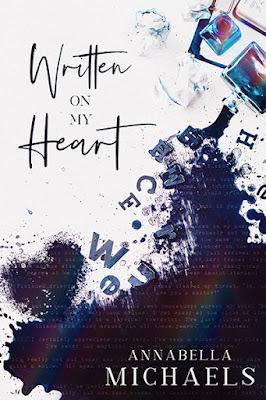 Written On My Heart

Garrett Sullivan’s heart was broken when he learned that the man he was secretly in love with, his best friend, Akio, was head over heels for someone else. Romance writer by trade, starry-eyed dreamer by design, Garrett leaves Chicago to mend his broken heart. After months of wallowing in his own misery, Garrett barely recognizes himself anymore. With only two weeks until he has to return home, he sets off for the beautiful island of Maui, hoping the sand, sea and sun will help him pull himself together.
Dean Wilder has worked very hard to become a household name and for his roles as a leading man in the biggest action films to grace the big screen. Considered one of Hollywood’s sexiest bachelors, Dean has had a string of meaningless relationships. The only thing his past partners have taken seriously are his fame, his fortune and the status they gain by being his plus one. Fed up with playing unfulfilling characters, frustrated and tired of being alone, he longs for serious film roles and a meaningful relationship. Desperate for a break, Dean sets off for his vacation home along a private stretch of beach in Maui.
Sparks fly when Garrett and Dean see each other for the first time, and after a wild night of passion, they agree to spend their vacations together, exploring the island and each other. But what begins as a bit of harmless fun soon turns into so much more than either man bargained for, and they must face some difficult decisions; about their lives, their careers and their hearts. 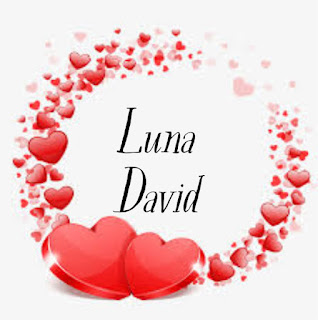 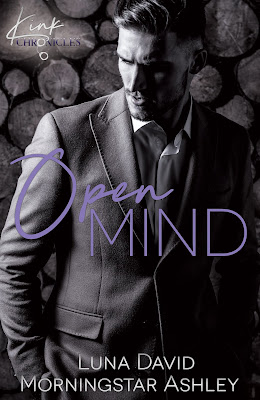 At twenty-eight, Jamie Gray has realized his dream of becoming a traveling nurse. After years of moving from place to place, he’s met so many new people but hasn’t formed any true connections. Jamie knows it’s time to stop avoiding his life, like he’s been doing since the death of his mother; his only family. Moving to the big city of Powell’s Point to share an apartment with his best friend is exactly what he needs. It feels like the best time to set down some roots and get into a routine...and maybe, just maybe find love.
Ronan Kincaid comes from a long line of doctors. Not being one to conform to the desires of his parents or society, his small practice focuses on the people in the BDSM community of Powell’s Point. Often misunderstood, the community needs someone who knows and lives their lifestyle...someone who will take care of them the way they deserve.
With his well-respected practice and exceptional bedside manner—coupled with afterhours scenes and kinky house calls—the nickname Dr. Kink takes hold, much to his dismay. Needing to replace his long-time nurse, he hires the best candidate for his growing practice, figuring his mild attraction is of no consequence. But as time passes, he finds it harder and harder to keep his thoughts and hands away from his new nurse. If only Jamie wasn’t so captivating, drawing Ronan to touch.
As their mounting attraction becomes impossible to ignore, their secrets are revealed, changing everything between them. Heated glances turn into heated touches, and they find themselves wondering: Is what they have a passing phase of pleasure and kink, or can they both open their minds to the possibility of a forever love? 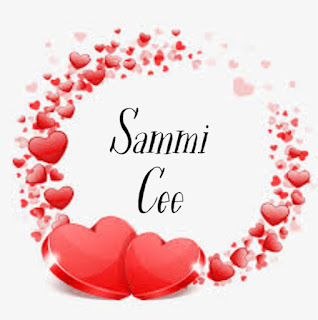 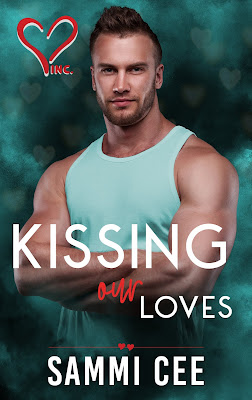 Kissing Our Loves
Clark ~ I wouldn’t change anything about my life. Adopting the child my sister gave birth to is the best decision I ever made. For all of us. Choosing to work for myself so that I can be an active part of his life—a no brainer. After four years, though, my friends may be right. It’s time to at least date if my crush on the dad, the off-limits man wearing the wedding band, at my son’s preschool is any indication.

Bailey ~ Life hasn’t gone exactly as planned with my fiancé dying before we ever had a chance to get married. My days are filled with client requests and spreadsheets, but I’ll never take for granted how fortunate I am to work from home and be here for my daughter. Pursuing the dream to have a child, even if alone, is more fulfilling than I’d ever dreamed possible. Our little life seemed like enough until recently when I witnessed my high school sweetheart, Vaughn, falling in love and finally getting his happily ever after. Maybe he’s right, maybe it’s time to take off the ring and date again.

Falling in love for the two men is easy and painless, but mixing in two preschoolers, a cat, a dog, a crazy sister, and a nosy neighbor, they may be in for more than they bargained for.

Enter week three's giveaway by filling out the
rafflecopter below!
Contest will end on February 28th
Thanks!

a Rafflecopter giveaway
Posted by Diverse Reader at 5:37 AM