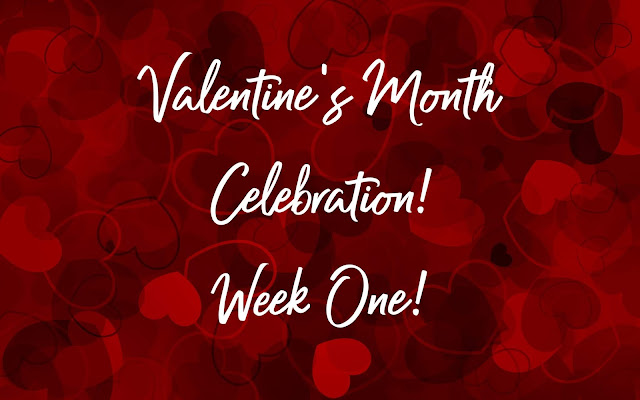 It's the month of love.... Or the month when any chocolate you want is easily accessible. Here on Diverse Reader we are celebrating Valentine's Day all month long with some awesome authors giving away something better than chocolate... BOOKS! Each author will show you one of their romance books and THAT book is what's up for grabs at the end in the giveaway. So, let's get started. 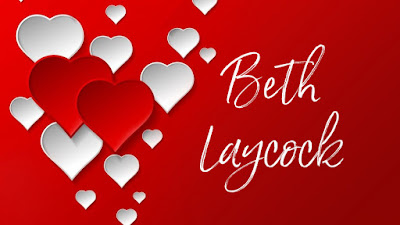 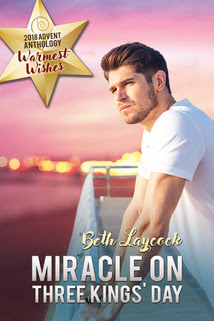 Levi’s family knows he needs to find a way out of his funk and be a part of the world again. His brother, Jesse, invites Levi to join him in sunny Spain for the holidays, but a delay at the airport finds Levi at Jesse’s home while his brother is stranded in Scotland. Luckily Alejandro—Alex—is on hand with a key, a friendly smile, and a willingness to keep Levi company. He might even manage to draw Levi out of his shell for some mutual flirting.
Levi surprises himself when he accepts an invitation to spend New Year’s Eve with Alex at Alex’s café, but is he ready for more when it means jumping back into life feetfirst? Besides, with an ocean between them and Alex hiding a part of his life that Levi isn’t sure he can handle, they’ll need their own Three Kings’ Day miracle to stay together. 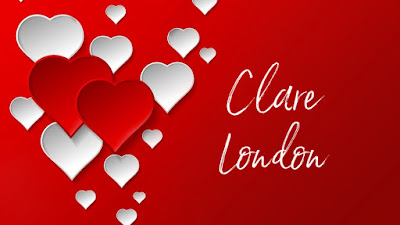 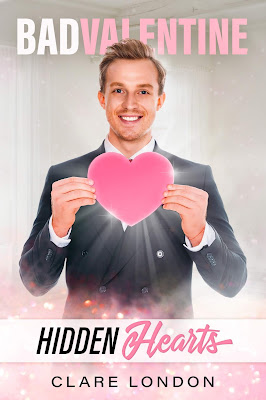 A catalogue of disasters dogs the footsteps of their blossoming romance, including a coffee date with food allergies as an added extra, an intimate dinner that strays too close for comfort to chopped chillies, and a sensual massage with hot wax candles that threatens to alert the local fire brigade.

But if they can hold tight to their sweet, surprising, yet single-minded attraction – they might just survive this Valentine’s Day with something very special to look forward to. 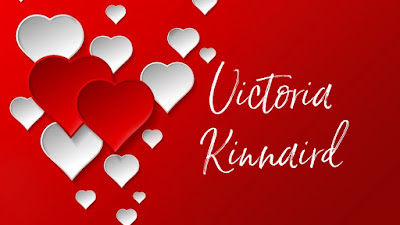 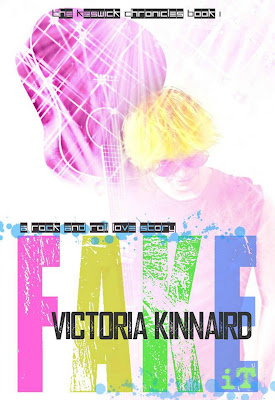 Jack Daveyson grew up with a guitar in his hands and his head full of melodies. Ten years after writing his first riff, he knows exactly what he wants to do with his life - graduate high school, escape Wayville and hit the road with his band, Forever Fading Echoes.
But it's a bit hard to launch a band without a singer. Enter JJ Keswick.
JJ is everything Jack isn't: rich, confident and popular. He also happens to be one of the best singers Jack has ever heard.
Jack reluctantly lets JJ into his band and into his life. The spark between them in the practice studio grows into something neither of them were expecting - a love that threatens to tear their lives apart.
Pack your guitar, pull on your band tee shirt and turn up the volume - it's time to meet your new favorite band.
Universal Buy Link 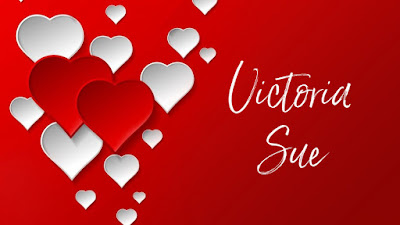 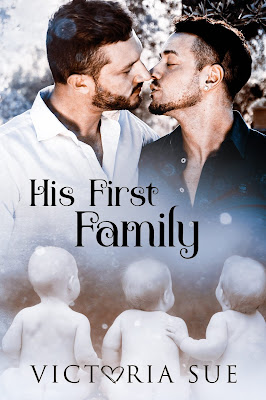 Thrown out and thrown away.
Lorne Austen—on the very day his alpha’s youngest children were fifteen—was told to pack his bags and leave the only real home he had ever known. Heartbroken and alone he takes shelter from the snowstorm with other stranded travelers, miles away from the family he had always considered his.
Doctor Jonathan Owens has personal reasons for never wanting to mate an omega, but all his good intentions are tested to the limit when he meets Lorne. After spending the night together he is devastated to find Lorne has vanished without a trace.
Soon enough, Lorne discovers the impossible has happened and he is pregnant. But the law says unmated omegas cannot keep the babies they give birth to. Eventually, realizing something is badly wrong with his pregnancy, he goes to the clinic and comes face to face with Jonathan again.
All Lorne has wanted is a family he won’t lose. Jonathan has spent years making sure he never needed one. Faced with the real danger that the babies won’t even survive long enough to be born, can these two find love and the strength they need in each other or will their differences always pull them apart? 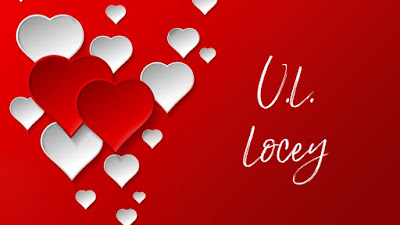 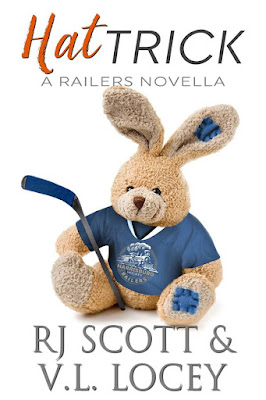 Stan Lyamin has seen many of his dreams come true. He’s found his soulmate, loves Noah like his own, hoisted the Cup, and has his Mama living with him in his new country. But his fantasies of a loud, loving, madcap home overflowing with childish laughter linger. When a distant family member passes, Stan and Erik immediately agree to take in the two orphaned children, but that means a trip back to Russia for Stan, an idea that both exhilarates and terrifies him.
Erik’s world tilts on its axis when a phone call wakes him and Stan in the middle of the night. Abruptly, Stan is returning to Russia, making deals, working with people who know people, and fully intending to bring two orphaned children home. The red tape is overwhelming, and Erik is alone in Harrisburg with the nearly impossible task of finding a nanny who can speak fluent Russian. Being on his own is one thing, but add in fears about Stan’s safety and team issues, and Erik is finding everything hard to balance; not least of which is spending quality time with Noah.
When their family expands from three to five, the journey won’t be easy, but love can always find a way.
(Releases Feb.10): Universal Buy Link 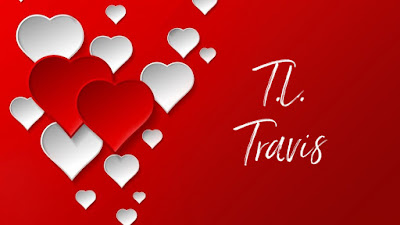 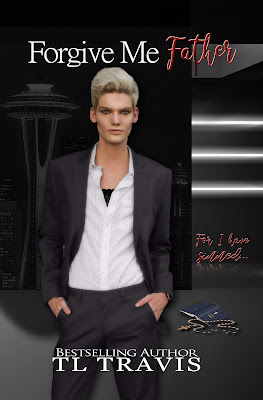 Shunned and cast aside by his faith and family, Jamie is left to do whatever it takes to survive.

He comes across a group of kids in the same predicament, braving the streets of Seattle due to circumstances beyond their control. Lost souls who’ve slipped through the cracks of the broken systems society forced them into.  Yet they still offer what little they have to him, including their home.

As time moves on, darkness surrounds him and when one of their own fall’s victim to the streets, Jamie wonders if there’s anything left worth living for. When his savior appears out of nowhere, he finds it hard to believe it’s real because he knows he’s not worth loving.

This is Jamie’s story from the #1 Amazon Bestselling book, Greyson Fox.

Potential triggers:
Sexual and physical abuse by church and family members, cheating, drug usage, prostitution and thoughts of suicide. Flashbacks of the abuse are present throughout this book. These are the opinions of the characters and in no way reflect the author. 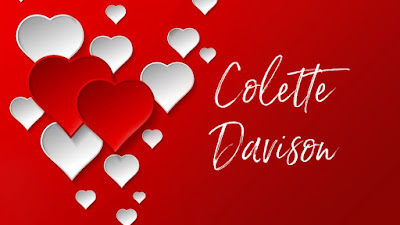 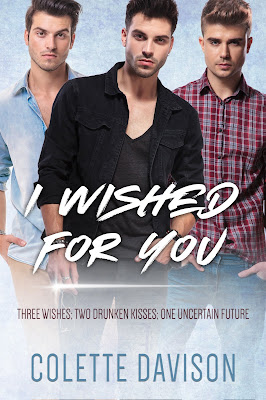 Seb wants to be happy.Matt wants to find ‘the one.’Connor wants them.

Seb didn’t plan to kiss Matt and Connor, but he doesn’t regret it, even if it has changed their friendship forever.
Matt has never considered dating a man before, let alone two. Despite his confusion, being with Seb and Connor feels right.

Connor’s potential fate has stopped him living and loving. Can he face his fears to be with the men he loves?

Enter the rafflecopter below to win one of these amazing books!
There will be SEVEN winners
Contest closes February 13th


a Rafflecopter giveaway
Posted by Diverse Reader at 4:27 AM