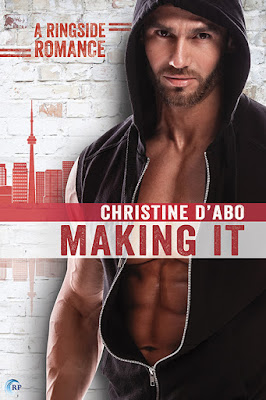 
Devan knows exactly what he wants from life: a good career, a husband who loves him, and a child to call his own. He’s working at the perfect job, and has found the man of his dreams in Eli. That only leaves one box left to tick. When his friend offers to be a surrogate mother for Devan and Eli, he’s convinced all his dreams have come true.


Eli has been fighting his entire life. Fighting to keep his sick mother safe, fighting his frustration, and fighting daily as an up-and-coming MMA star. The one thing he can’t fight is the feeling that he’s made a terrible mistake agreeing to be a father with Devan. On the worst night of their lives, Eli knows Devan is better off without him, and leaves.


When Eli returns three years later, he comes face-to-face with Devan and a son who might be his. Devan has moved on with his life, but seeing Eli once again reignites forgotten passion. Yet if Eli wants to make it work with Devan, he must decide if he’s ready for the biggest fight of his life.

Hello, my name is Christine d’Abo and I’m so happy to be here today.


When I initially came up with the idea for the Ringside Romance series, I wanted to try and hit as many of the traditional romance tropes as possible. This was as much of a personal challenge as it was my desire to see more of these tropes appearing in LGBTQ romance.


So when I thought, hey, why not do a secret baby book, I got both giddy and terrified. How was I going to pull this off without it coming across as too unrealistic? Because a same sex couple needs to plan for a baby, right? Exactly!


I decided that in order for Devan and Eli’s story to work, this also needed to be a reunion romance. A couple that loved one another once, but due to circumstances, parted ways. With hearts broken, these two men had to find their way back to one another, had to deal with their past problems, while making room for a baby in their future.


Can they do it? Well, this is a romance…


The real question is, what will they have to sacrifice for their happily ever after?


I hope you enjoy the book and the trailer that I made! 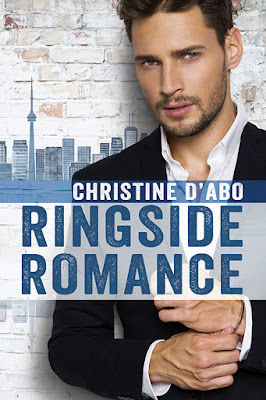 About the Ringside Romance Universe


Deep in the heart of Toronto lies Ringside Gym. Once a safe haven for troubled teens, Ringside has gone derelict, a forgotten memory of past days. Until a group of friends set out to do what they can to bring life back to the ring and create a new home for LGBT youths.


But when their lives threaten to pull down their dreams, each man must turn to others to help make it a reality. Winners take all—but there are no losers in love.

A romance novelist and short story writer, Christine has over thirty publications to her name. She loves to exercise and stops writing just long enough to keep her body in motion too. When she’s not pretending to be a ninja in her basement, she’s most likely spending time with her family and two dogs.


You can visit Christine at her website www.christinedabo.com, and chat with her on Facebook and Twitter. Want to keep up with Christine’s new releases? Sign up for her newsletter and receive a free book!

To celebrate the release of Making It, one lucky winner will receive a $25 Riptide credit! Leave a comment with your contact info to enter the contest. Entries close at midnight, Eastern time, on August 12, 2017. Contest is NOT restricted to U.S. entries. Thanks for following the tour, and don’t forget to leave your contact info!

Posted by Diverse Reader at 1:00 PM