Devastated by the death of his father, Gage, an artist with a secret life, struggles to find his way back to “normal”. When rising baseball star Caleb arrives at his door, an unlikely romance simmers between them, but a cowboy coach, with major league ambitions of his own, will stop at nothing to keep them apart. Tempers flare as their deepest secrets are unearthed and the two must choose between chasing their dreams or embracing their newfound love.

After my dad died, packages showed up at our house for months afterward. Little trinkets he had ordered. Tools. Fishing gear. Lawn furniture. Things no one knew to cancel.

My days passed in a haze of depression and prescription drug abuse. The accident that killed my father nearly stole my right arm. After the surgeries, the pins, the clamps, and the needles, I persisted in a Percocet bubble with a cold-glaucoma glaze over the world. I spent most days just trying to prove to myself I was still alive, but then one of Dad’s packages would arrive.

New deliveries brought mixed feelings. Whenever a delivery man showed up at our door, it was like Dad was smiling down on me. I’d open a box to find something very Dad-like inside, and it made me feel he was still there with me. Inevitably, a hangover effect followed. Fishing poles I didn’t know how to string. Lawn furniture I couldn’t assemble. Hunting gear I’d never use. It all made me feel that Dad never had a real son, and he was somehow disappointed in me.

Did Dad know what a piece of shit I was? Had he known all along and merely lacked conviction to say it? Once guilt grabbed hold of me, I shoved Dad’s deliveries into a closet or the garage. I’d go back to my magazines or trying to teach myself to paint left-handed. I’d try to push thoughts of Dad far from my mind.

One afternoon in April, a motorcycle growled in front of the house. I waited for the rider to move on, but the motor idled and died. A kickstand scraped against the driveway. I raised my head, tearing myself away from my canvas of blobs and streaks. Waited and listened. Footsteps approached the house. The porch creaked.

I moved toward the window as the doorbell rang. Peeked through the curtains, and a ray of sun shone through the clouds.

In the white glare of afternoon sunlight stood a guy about my age, a shade of nineteen. His shaggy blond hair danced on the breeze and his baseball shirt was unbuttoned to his navel. A duffel bag slung from one shoulder.

The artist in me saw the form and function in him right away. Hoisting man-sized shoulders above a boy’s narrow waist, his body was a lesson in geometry and geography all in one. Lines, edges, slope, the angle of a collarbone, the curvature of his pecs, gentle valleys, and stomach ridges.

If I had a type, he was it. He was the kind of guy who always made me do a double take when he passed; the kind of guy I secretly watched in my rearview mirror, and sometimes, when I was alone, I’d touch myself thinking about a guy like him. Of course, no one needed to come right out and tell me it was a fantasy. Guys like him didn’t go for sissies and drag queens. They went for—well, girls.

Despite his motorcycle parked in our driveway and his half-buttoned shirt, I couldn’t help thinking he was selling something. In my Percocet haze, it hadn’t occurred to me that no one makes sales calls in jeans tight enough for you to count the wrinkles in his cock.

I’m not sure how long I zoned out. Mouth gaped open. Heart thumping. My own cobra peeking its head up from slumber. He glanced up at the window and our eyes met. Dazzling blue marbles and one of those smiles they put on toothpaste boxes. He made a cowboy nod at me, like waving “hello” without using his hands.

“Shit” slipped out of my mouth. He had caught me in the act of mentally undressing him. I tore my hands from the curtains, and they fell shut in front of me. I shuffled toward the door, feeling obligated to at least acknowledge his visit.

His Stetson cologne drifted through the door as I opened it. I leaned out, and he cut me in half with a glance. Something about his dreamy eyes made me feel he could see into my soul. Could see all of my secrets. All of my guilt. All of my pain. But would he judge me for them?

I waited for him to speak, but he just stood there with a confused expression on his face.

“Uh…can I help you?” I finally asked.

“I’m Caleb Cardova.” I detected a slight drawl in his voice as he extended his left hand.

“Hi, I’m…Gage.” I took his hand, and the warmth of his skin overthrew any doubts I harbored. His strength seeped into me the way a cobra spits its venom on you before it strikes. My mind went to work with his touch right away. What his hand would feel like if it slid up my arm. If it cradled my neck. If it caressed my cheek… 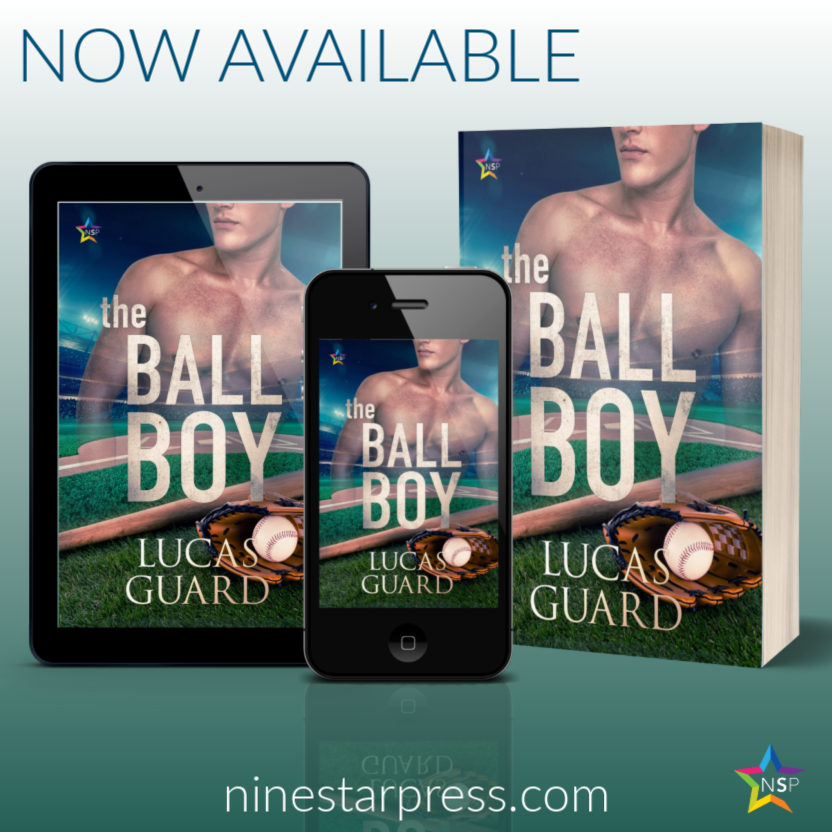 Lucas Guard resides in New Mexico with his dog Isadora “Dora.” When he’s not writing, he likes to paint with acrylics and sings old folk ballads and show tunes. He’s known to perform open-mic nights in comedy clubs. He enjoys traveling and hiking trails that lead nowhere. He has ridden a dogsled in the Arctic Circle and ice-fished with Eskimos. He began writing romantic fiction in his teens as a means of escape and self-reflection. He’s currently working on his novel Bottle Opera.