Featured Guest: Elle Keaton ~ The Universe Had Other Plans 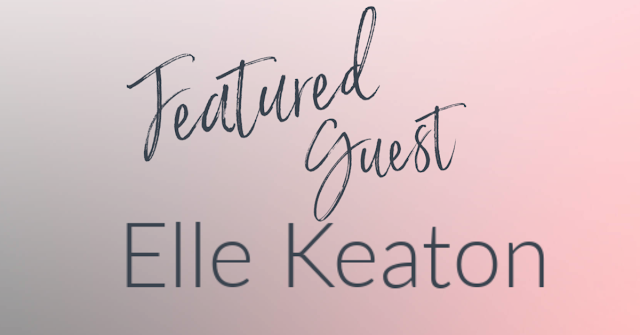 Diverse Reader is thrilled to have Elle Keaton here today. Authors, for the most part, try to keep to some sort of schedule or plan. Sometimes, the universe changes those. Elle is here talking about that today.

First of all, thank you, Meredith, for putting up with my very late submission. It’s never my intent to leave things until the last moment and yet, here we are.

Anyhoo, I initially signed up for this blog spot thinking I would have the second book in my Hamarsson and Dempsey series finished.
(Ha, ha, ha. Joke’s on you, the universe mutters, chuckling evilly under its breath)

I am celebrating something pretty wonderful though, yesterday was my third birthday as a published author. March 3, 2017 my first book, Storm Season, published. I just checked again, and I had a total of eight preorders. I’d done nothing to promote my book – because I had no idea how to promote it—I had no idea if eight preorders was a good or bad number. Ah, the innocence.

My readers are amazing, and very patient. For reasons.

This post should probably be titled ‘mistakes were made’.

While I was (and still am) a big reader, I didn’t personally know many authors in the genre and would never have considered asking them for help—it seemed so presumptuous! Luckily an incredibly generous and talented author, Lynn Michaels, burst into my life. Or at least her alter ego met my alter ego on Facebook and the rest is history. It’s never a mistake to network (even if I didn’t know that’s what I was doing at the time), and now I know authors many of which I am grateful to call friends.

Anyway, Lynn read Storm Season before anyone else, she read it back when the title was Ghost Town (I secretly still love that title), she loved it and encouraged me to publish, in fact she kept bugging me so I caved (thank you, Lynn 💙). Honestly, I eventually realized it was time to try out the author business or move on. I needed to publish and see how it went, if it bombed, I’d pack up my pens and move along. It’s never a mistake to have someone beta read.

I found an editor (who still puts up with me), I’d never had an editor before, but I knew with my penchant for wily-nily commas and run on thingys, I would need one. However, since I’d never worked with and editor or published before, I had no idea what I was doing. Never a mistake to get an editor, a good editor is money in the bank.

Let it be acknowledged: I uploaded the incorrect manuscript. This was a big mistake.

Who knows what happened, I sure don’t. I got some (*many*) reviews commenting on the grammar but never once, NOT FOR ALMOST TWO YEARS, did it occurr to me I’d uploaded the wrong thing—not the final draft of Storm Season but instead some intermediate not-quite-polished-as-it-should-be draft. Over those two years I blithely continued writing, publishing six more books in the Accidental Roots series before I had an epiphany.

Out of the blue, probably as I was wrestling with another draft, I wondered, had I in fact made such a boneheaded error? Was it possible?

My editor took a look at the suspect manuscript and agreed—it was not the final. She corrected the lingering errors, and all is well in the Accidental Roots world now; I commissioned a new cover at the time too, the book stinks like a new car. It’s never a mistake to spend money on a good cover, covers sell books.

Anyway…almost everything was out of whack when Storm Season published and yet, here I am three years later, one finished series and the beginning of a couple new series under my belt. Incredible. I love my job, it’s the best I’ve ever had; it wasn’t a mistake to hit publish.

Thank you for three amazing years, mistakes and all.

(And hopefully readers will be just a tad more patient while I finish up Long Shadow, Hamarsson and Dempsey 2, which, (fingers crossed I upload the correct manuscript) will be out the end of April.)

Until next time,
Elle

Posted by Diverse Reader at 4:50 AM