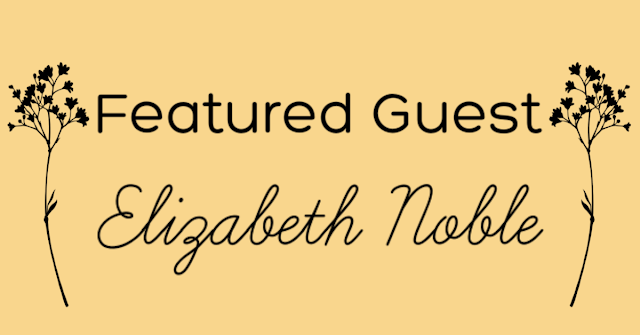 Diverse Reader is really happy to have Elizabeth Noble here with us today. She has a lovely guest post, a look at her new book, and a giveaway. So, grab a drink and have a seat.

Can You Feel the Magic?

Hello, I’m Elizabeth Noble and a big thank you for stopping by today. I’d like to thank Meredith and Diverse Reader for hosting me today!
Let’s talk magic.
Who doesn’t like magic? Who wouldn’t want to be magical? Probably everyone at some point in their lives has wanted to have magical skills, however you define them. It makes an individual special. People like to feel special.
The thing with magic is it needs to have rules and there’s always limitations. I wanted some of my characters in Scintilla to have magic, but I didn’t want that magic to be the all-powerful-never-defeated type.
For the humans in Scintilla I decided to have four distinct groups who were magical. Each group has control over one naturally occurring trait all people are affected by in some manner. Scintilla revolves around a human, Brandon, who can manipulate electricity. He can’t do that on a large scale, however, so no zapping a city! What he can do is control the electric field all of our bodies produce and can use that field in a very unique way. His field can be enhanced to an extent and seen by others.
Brandon influences how his electrical field interacts with those of other individuals. His love interest is Raul, a werewolf. Werewolves in general can withstand more of the effects of electricity than a human. This leads to some very interesting uses of electricity in their more intimate interactions. Brandon has the ability to extend his electrical field in such a way that Raul experiences enhanced sensations. In turn, Raul learns a few skills that lets him use Brandon’s electricity for both their enjoyment.
Raul learns how to feel Brandon’s magic and he relishes those feelings!
Brandon has also been specially educated and trained to use his form of magic in the digital world. He can mentally climb inside, slip past firewalls and see things inside a program others can’t. This training eventually leads Brandon to using his magic in very unique ways while he and Raul search out a human trafficking ring. Brandon and Raul employ a number of methods centered on Brandon’s magic to thwart the traffickers’ search for new victims while infiltrating their operation.
Brandon isn’t the only one putting what augmentations nature gave him to good use. Raul, as a werewolf, has skills and abilities humans don’t possess. Having a heightened sense of smell, infrared vision and a more powerful body serves Raul well. Through years of his own type of training he’s honed those skills for use as a Dom and alternatively a bounty hunter.
Raul and Brandon discover they’re not only compatible as a couple, but as investigators. I had a lot of fun while writing this book thinking up different ways of using what nature gave these men to give a boost to the good and bad events in their lives. 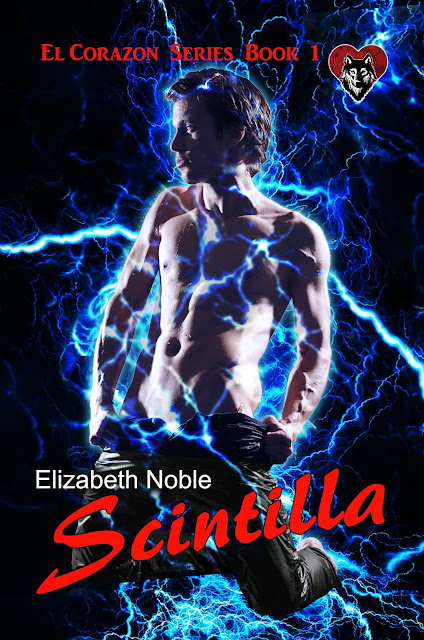 Blurb:
How far is too far to go to save someone you love?

Brandon Lynch is magical. He’s a scintilla, wielder of electricity and is in love with a werewolf—or maybe he’d just in love with the idea of loving a werewolf?

Raul Fierro is a bounty hunter, professional Dom and a werewolf. He knows he loves Brandon. He’s made a promise to always protect Brandon and will carry out that promise at all costs.

When Brandon and Raul go head to head with human traffickers, Brandon’s morals are stretched to their limits. Will Raul keeping his promise tear them apart? 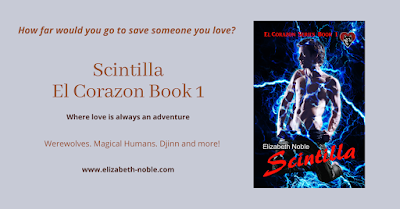 He moved his arm around Brandon, so he could cover Brandon’s cock with his palm and use his fingers to press into Brandon’s balls. The faintest halo of blue sparks erupted off Brandon’s skin and hit Raul. They tickled and pricked at Raul’s already sensitized skin creating a delightful mix of sensations. His knots engorged even more—if that was even possible—and he felt the slight surge of electricity in his cock.

Brandon was a magical human.

This kept getting better and better. Raul had no idea his client was a scintilla—wielder of electricity—when he’d chosen the wand as a toy for their session. He wondered if scintillas had a heightened effect from electric wands.

Brandon’s entire body stiffened, and he held his breath. A second later he clenched around Raul and panted out rapid, staccato breaths. Raul’s knots and his cock were wrapped in a cocoon of low level current and throbbed in time with the waves of muscle spasms he felt rolling through Brandon.
Raul stroked Brandon’s cock until he collapsed onto his stomach. Hips twitched and jerked forcing Raul to struggle to catch his breath. The feeling of his cock encased in a slightly cooler, snug ass and the little, almost nonexistent zaps with every pump of Brandon’s cock was exhilarating. His knots were ultra-warm and their constant pressure ignited the nerves in his cock, heating it as if on fire.

To say that his orgasm was explosive and more intense than he’d normally experience with a client who was a random stranger was an understatement.

It took longer than normal for Raul’s knots to soften enough he could ease free of Brandon. He smiled at the low moan from Brandon. Raul chuckled when Brandon murmured, “Thank you, that was awesome.”
​
Too bad he’s probably leaving the area soon.

“Stay there, I’ll put some lotion on your back.” Raul rolled off the bed and grabbed a bottle from the cabinet before sitting beside Brandon again.

Brandon hadn’t moved, other than to move his arms to use as a pillow for his cheek. Raul smeared the lotion liberally over Brandon’s back and spent a few minutes massaging his shoulders then worked his way down to the swell of Brandon’s ass. He repeated the movements.

“Thank you. I do aim to please.” Raul finished the massage then said, “You’re a scintilla.”

Brandon rolled over and eased to a sitting position, flinching. “Is it a problem I didn’t tell you?”

Raul shook his head. “Nah. I was surprised, but I’ll admit you’re one of the best clients I’ve had. That was different, surprising and…very enjoyable.”
​
Brandon smiled shyly. “Thanks. A lot of people are afraid to even hug me without wearing all sorts of rubber gear, let alone more. They think they’ll get electrocuted.”

Mystery, action, chills, and thrills spiced with romance and desire. ELIZABETH NOBLE lives by the adage "I can't not write." She doesn't remember a time when she didn’t make up stories and eventually she learned how to put words on a page. Those words turned into books and fan fiction that turned into a genuine love of M/M fiction. A part of every day is spent living in worlds she created that are filled with intrigue and espionage. She has a real love for a good mystery complete with murder and twisty plots as well as all things sci-fi, futuristic, and supernatural.

When she's not chronicling the adventures of her many characters, Elizabeth is a veterinary nurse living in her native Cleveland, Ohio. She has three grown children and now happily shares her little, brick house with an adorable mixed breed canine princess, a spunky Cardigan Welsh Corgi and their sidekick, tabby cat. Elizabeth is a fan of baseball, basketball (go Cavs and Indians) and gardening. She can often be found working in her 'outside office' listening to classic rock and plotter her next novel waiting for it to be dark enough to gaze at the stars.

Elizabeth has received a number of amateur writing awards. Since being published, several of her novels have received Honorable Mentions in the Rainbow Awards. Jewel Cave was a runner-up in the Gay Mystery/Thriller category in the 2015 Rainbow Awards. Ringed Love was a winner in the Gay Fantasy Romance category of the 2016 Rainbow Awards.

What sort of magic would you like to feel?
All commenters will be entered into a drawing to win their choice of any eBook off my backlist. This does not include Scintilla or any anthologies. I’ll leave this contest open for a week.


a Rafflecopter giveaway
Posted by Diverse Reader at 6:43 AM