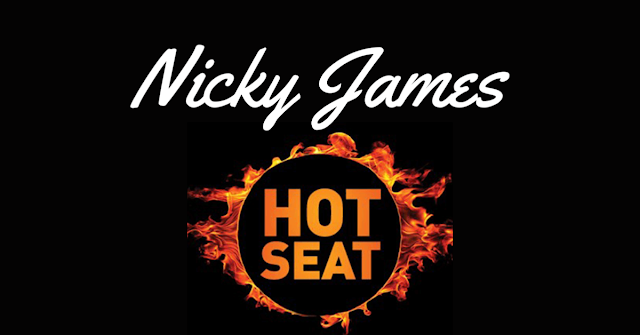 It's another week of an Author in the Hot Seat ! Today we have Nicky James braving the flames. She's answering the Fast Fire Questions, showing off some of her brilliant work, and offering a great giveaway. Stick around.

What is your favorite genre to read?
·       MM suspense/mysteries

Can you tell us the title of your most recent release?
·       Heal With You (the Trials of Fear Finale)

Is there a quote you live by? If so what is it?
·       “Trust not in the vanity of the world” It’s tattooed on my foot. Words spoken by George Boleyn before the beheaded him in 1536 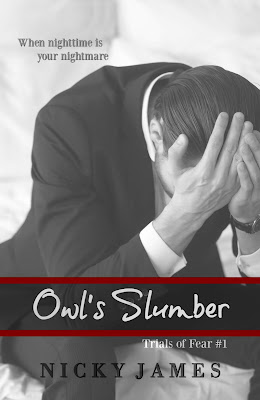 Owl’s Slumber (Trials of Fear #1): Blurb
Imagine what life would be like if panic ruled your world at the mere thought of going to bed at night.
For as long as he can remember, Finnley Hollins has been crippled by his extreme phobia of sleep. Every night is a battle, and every morning isn’t without consequences. The root cause is something he’s ashamed to admit to anyone. It’s his war, and he will fight it alone.
When an unexpected turn of events lands the stunningly gorgeous Aven Woods at Finnley’s place of business, his life gets turned upside down.
All it would take is one night together for his secret to be exposed. Finnley wasn’t prepared to fall in love. More so, he wasn’t prepared for his phobia to completely consume his life. Not only is it affecting his job and his relationship, but now it’s affecting his health. What will it take for Finnley to finally admit he needs help?
BUY LINK: Amazon 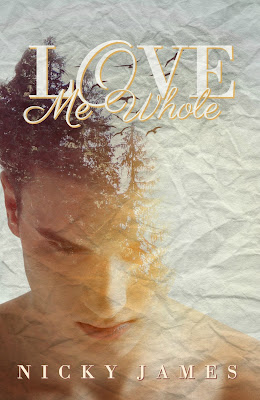 Love Me Whole: Blurb
Twenty-eight-year-old Oryn Patterson isn’t like other people. Being an extremely shy, social introvert is only part of the problem. Oryn has dissociative identity disorder. He may look like a normal man on the outside, but spend five minutes with him, and his daily struggles begin to show.
Oryn shares his life and headspace with five distinctively different alters. Reed, a protective, very straight jock. Cohen, a flamboyantly gay nineteen-year-old who is a social butterfly. Cove, a self-destructive terror, whose past haunts him. Theo, an asexual man of little emotion, whose focus is on maintaining order. And Rain, a five-year-old child whose only concern is Batman.
Vaughn Sinclair is stuck in a rut. When his job doesn’t offer the same thrill it once did, he decides it’s time to mix-up his stagnant, boring routine.  Little does he know, the man he meets during an impromptu decision to return to college is anything but ordinary.
Vaughn’s heart defies logic, and he finds himself falling in love with this strange new man. But how can you love someone who isn’t always themself? It may not be easy, but Vaughn is determined to try.
BUY LINK:  Amazon 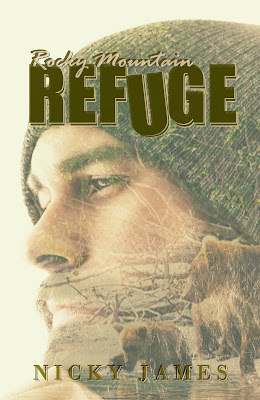 Rocky Mountain Refuge: Blurb
Run! Hide! We are watching you, Huxley!
Huxley Dempsy suffers from a paranoid personality disorder. After a horrific tragedy five years ago, Huxley is convinced people are out to get him. Taking refuge in the foothills of the Canadian Rockies, he is a prisoner to his own mind. If he can think it up, it must be true, and there is no convincing him otherwise.
Wildlife biologist, Aspen Taylor, is on his way north again to close up the final year of the Grizzly Bear Research Project. Studying wildlife in their natural habitat is what sings to his soul. However, who he finds in the mountains is almost as beastly as the bears he studies.
An underlying sense of familiarity draws Aspen to learn more about this Wildman, and a strong sense of attraction binds them together almost instantly. But can Aspen break through the barriers of Huxley’s mind and convince him to go home?
BUY LINK: Amazon

Nicky James lives in the small town of Petrolia, Ontario, Canada and is mother to a wonderful teenage boy and wife to a truly supportive and understanding husband, who thankfully doesn't think she is crazy.
Nicky has always had two profound dreams in life; to fall back hundreds of years in time and live in a simpler world not bogged down by technology, and to write novels. Since one of those dreams is impossible, she decided to make the other come alive on paper.
Nicky writes mm romance novels of many varieties. She is strong advocate for mental health and likes to advocate and spread awareness through her books.


a Rafflecopter giveaway
Posted by Diverse Reader at 5:38 AM