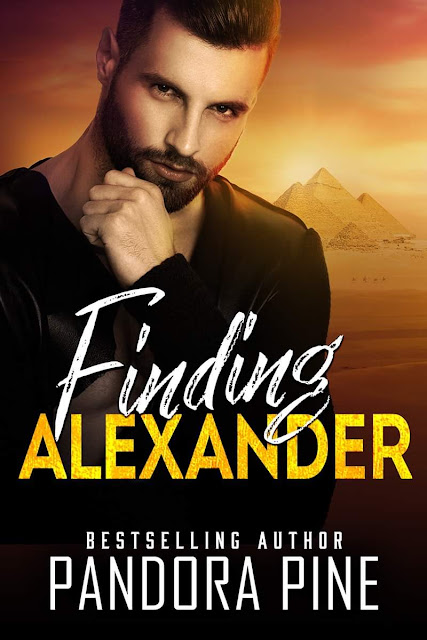 Blurb
Indiana Jones meets Clark Kent in this modern-day treasure hunt.
Archaeologist Cairo Vanderbilt was born to be a treasure hunter, whether he liked it or not. When his famous father dies in search of the tomb of Alexander the Great, Cairo picks up the trail to find the world's most famous lost treasure. Having failed once before, he's determined to find Alexander’s remains and fulfill his family's legacy.
History blogger Dillinger DeCosta has only written about the past from the safety of his South Boston office. After hearing Cairo speak about the coming expedition on the evening news, he wants to join the hunt for Alexander and finally be on the front lines of history-in-the-making. By offering to come along, Dillinger is taking a huge risk, but he's banking on an even bigger reward.
Hot on Alexander’s trail, Cairo and Dillinger discover sparks between them that ignite unexpectedly. One of the men has a secret that may threaten not only the success of the expedition, but their new relationship as well. If they can't find a way past the challenge that lies between them, they might just lose the greatest treasure of all.
Each other
getbook.at/FindingAlexander 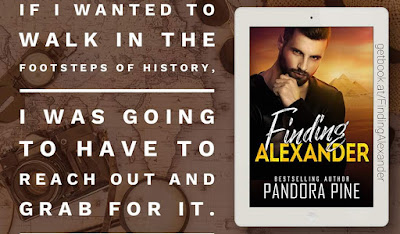 Excerpt
The ringing doorbell ended my marathon. Pissed that the goddess Jane Fonda would have to wait until I dispatched my uninvited guest, I shoved off the covers and shuffled slowly to the front door as the bell dinged twice more. I hadn’t called for take-out, so I knew whoever was on the other side of the door was trouble. What I didn’t know was what brand of trouble was waiting for me. Throwing the door open, I saw a clean-shaven, yet angry version of myself. Memphis was the last person I wanted to see today. Well, he and my mother were tied for that distinction. They were both the last people I wanted to see today. I may have lucked out with Memphis. It was so much easier to deal with anger over tears. “Memphis, what can I do for you?” “You mean aside from providing proof of life?”My brother pushed past me with a sigh. “Jesus Christ, Cairo! What the hell is going on here?”Obviously, Memphis had found my leaning tower of pizza boxes in the living room. At last count there were thirteen boxes in the stack. Lucky number thirteen. Whoops… “You got your proof of life. Here I am.”I threw my arms wide to emphasize the point. “You call this life?”Memphis echoed my movement. “Empty pizza boxes and greasy fast food sacks? Your phone shoved in between cushions of the couch?”He held the phone up like he’d just discovered a lost treasure. Which it was, but not the kind that would land in the Vanderbilt Wing. That must mean the hot wings made it into the fridge. Joy! “I’m sorry you disapprove. You’re not exactly turning the world on with your smile.”A cheap shot, but I wasn’t the one who invited him here. He showed up on his own. 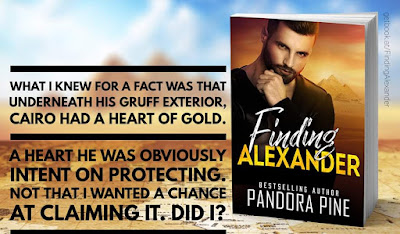 ABOUT THE AUTHOR
Sick of the slogging rat-race of her 9-5 job, Pandora Pine put pen to paper (literally!) to make her ambition of becoming a romance novelist a reality. She cut her teeth in the dog-eat-dog world of fan fiction, still dreaming of the day when she would be a published author.
In her spare time, Pandora fancies herself an amateur nature photographer. She enjoys mucking around in swamps, hiking through the woods and crawling around on her hands and knees in her backyard seeking out the perfect shot. Pandora is a fan of roadside seafood shacks and always thinks Mexican food is a good idea at the time.
Some of Pandora's favorite things are chocolate, writing longhand with purple pens, and handsome men falling in love with each other.