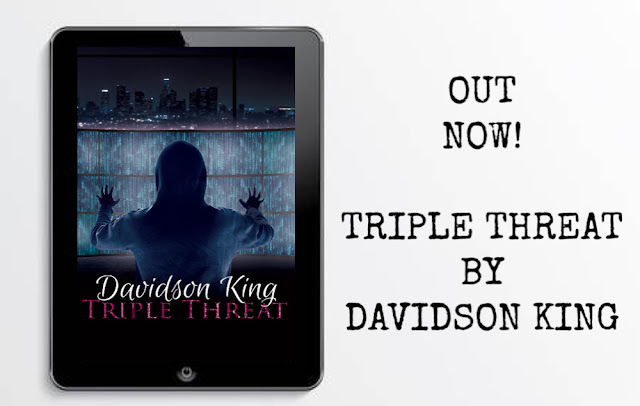 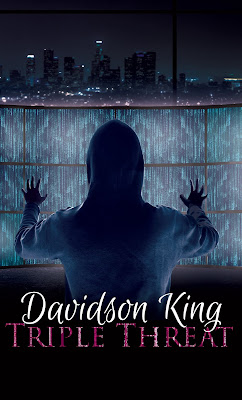 Lee, Jones, and Ginger deal with dangerous situations and mounting stress daily working for the most powerful assassin organization in the world. All of those things seem like a walk in the park compared to the friction that sparks between them. When all three are assigned to the same job, ignoring the heat from the inferno of desire becomes impossible.

Lee is a master at deciphering codes, skilled in hacking complicated systems, and never misses a target, even from over fifty miles away. His feelings for Jones and Ginger, however, may be the first code he’s unable to crack.

Jones deals in absolutes, but the road to his past is paved with bodies and regrets. Getting Lee to acknowledge the pull they both feel toward Ginger may be the hardest mission he’s ever had to face.

Ginger struggles to cope with the overwhelming guilt that accompanies this new job. Falling for these hired killers will be a risk—one that could wind up with him losing in the end or gaining everything he’s ever wanted.

As the three work together to take down a human trafficking ring—and save a desperate soul—time is of the essence. Their lives are on the line as mysteries unfold and unexpected encounters throw them off course. Will Lee, Jones, and Ginger let doubts come between them, distracting them from their mission and blocking any hope of love? Or can they face the toughest challenge of their lives and become…a triple threat? 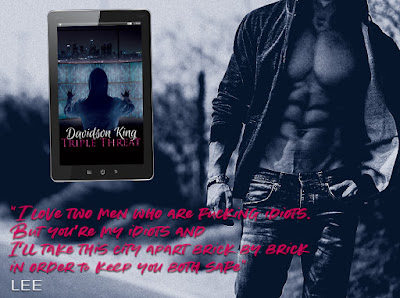 “What the absolute fuck!” The sound of Jones’ voice broke through. I opened my eyes and pulled my buds out. The van had stopped and now Lee was standing, staring at me, too.

“You scared the crap out of me,” Jones said, and Lee nodded in agreement.

“One second it’s all quiet, then it’s like opera cats or something,” Lee answered, and this time Jones agreed.

“Wow, that’s harsh.” I drew my legs up to my chest, hearing the faint sounds of Tiffany singing that she thinks we’re alone now.

“Just warn us when you’re going to break out into song is all,” Lee grumbled, and then got back into the driver’s seat. I slipped the earbuds back in.

A tap on my leg had me pulling out my earbuds again.

“You listen to all ‘80s or you got some not shitty crap in there?” Jones asked, and I gripped my phone like he just shit on my dreams.

“Nothing of what I have is shit!”

Lee started to laugh as he pulled back onto the road and Jones had a huge grin. It was a change I hadn’t really seen in a while. Those two actually enjoying each other. I knew there was history there, everyone did.

If they wanted to be that way, okay. “Just for that,” I said as I put the phone on speaker and hit play. Joan Jett & The Blackhearts started singing about loving rock and roll, and because they love it so much, I sang with them.

Jones’ eyes widened and Lee once again pulled to the side of the road and turned in his seat. Seemed I was entertainment. I knew I didn’t have the best voice, but I had rendered these two dangerous men speechless. I was loving the power, the control.

Feeling daring, I inched over to Jones who looked positively terrified, and began drumming on his legs.

“Sweet Jesus,” Lee said and laughed so loudly I lost track of my words and watched him. Tears ran down his face, and he had his arms wrapped around his middle. It was a contagious laugh, and suddenly the three of us were in hysterics. 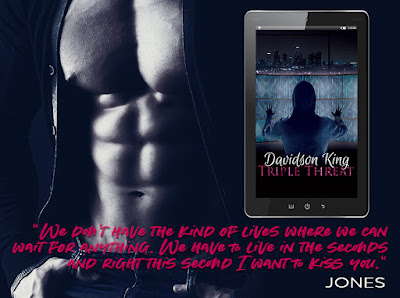 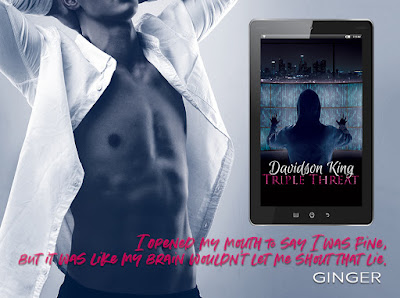