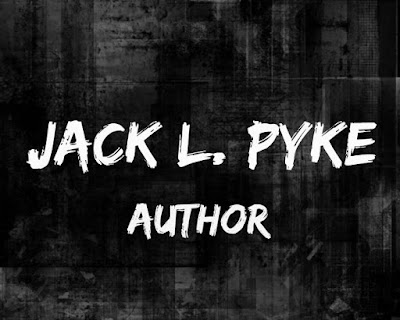 This week for my Saturday Author Spotlight I have the author of the Don't series, Lost in Echo, Broken Ink, His, and other amazing books, on my blog. Jack caught my attention because I am a big fan of suspense and thrillers. Her Don't series is chilling, sexy, and wonderful. Today we have a wonderful interview, we'll take a look at her books, and of course we have a giveaway. So, let's get started. 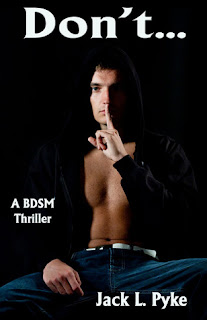 As Jack slips further down into the abyss, two men hold the power to save him. Will it be Gray, the Master who knows Jack's every secret? Or Jan, the first man to give Jack a reason to hope? With deadly ghosts coming out to play, Jack may lose everything, even his life. 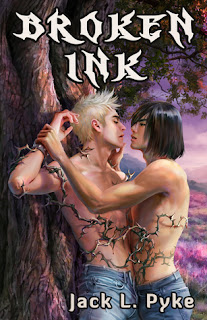 Carrying a tattoo on your skin no longer just comes with a risk of infection. Get the composition right, you have the latest mind-control drug on the market. It’s the sex-traders’ dream, or worst nightmare, depending on the concentrated dose of the ink—and just who’s wearing it.

For Kiyen, the ink means he’s able to strip raw the minds of the best and worst of society. He’s one of MI7’s top killers and never more driven to select and take down a target. For Falen, the ink has ensured he’s spent his early years as a willing sex slave and low-grade empath. Hiding out in a small town and trying to bury the needs running through his body, Fal’s hoping to stay under the radar of MI7 and their specialist killers. But the ink itself has a mind of its own, wanting to ignite the natural dynamics driving a Dom and sub, so when Kiyen is forced into Fal’s small world, prejudice battles a pure need to touch. Only problem is: Kiyen’s on the run, and in a world where thought can be the worst crime of all, Fal’s in for a fight for his sanity to find out just what it is that’s making a young killer run for his life. 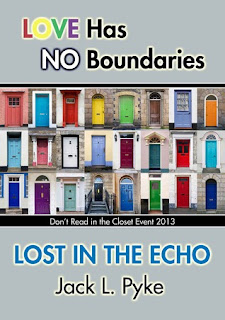 Kidnapped, blindfolded, and bound to a bed, running away isn't an option any more for Will Chambers. Despite being a linguistic tutor and having every conversational tool at his disposal, all Will wanted to do was fade into the background, become lost in the echo of wild heath and harbour. But now someone wants to put his body and mind on full display, force Will to find his voice -- answer three questions, over three days.

All Will has to do is provide three... simple... answers.

It’s so awesome to have you on my blog and as my Saturday Author Spotlight. I’ll try to make these interview questions as painless as possible. So, let’s get started.

Thanks for having me, and I’m allowed to chuckle nervously here, right?

I’ll start off easy. When did you fall in love with writing and know that this was something you were going to do for a living?

Oh heck… I fell in love with the kinks and quirks to the English language first before it even crossed my mind to write. I took my hons degree in Linguistics, and I still lose all sight and sense to seeing how language plays in context. It’s a clever animal, always shifting shape, tripping people up, and moving with the times. Writing fiction came about more from accidental exploration of that, but it didn’t have much focus. I did a little poetry and was published there, but it wasn’t until I read my first M/M romance novel that the focus shifted. I wanted to study the genre first before jumping in, though, and here I was fortunate enough to land an editor’s position with an M/M publishing company. Reading, writing, and editing M/M, it’s been my sole focus ever since, whether that’s paid or unpaid.

As a thriller/suspense writer, you must have some wonderful influences. Can you tell us who or what they are?

Strangely enough, it always comes back to horror for me. I grew up with the likes of James Herbert, Shaun Hutson, Graham Masterton, and the tension and their ability to play with a reader’s mind gets me all the time. I wanted to play with the reader like that and keep them underneath the covers well past the point of exhaustion. Whilst not horror, within mine the core theme of psychological mind-play is kept very hard line and brutal, and it always aims to reflect that level of tension.
You’ve done a few anthologies but you haven’t really co-authored with anyone. Is there anyone in this genre you’d like to co-write with?

The scary part is here that I’m doing something similar with a shared-world project. It’s called the Society of Masters, with BDSM author, Lynn Kelling and her Deliver Us series. I say scary because I’m in love with Kelling’s work, and handling her characters leaves me holding them very, very delicately in one hand -- whilst also resisting the maniacal temptation to run away and play dirty with them in the other. We basically borrow each other’s characters and fuse them into our own individual worlds, therefore merging lives and loves across novels. With co-authoring with another author, though… no. I haven’t. *Blushes*
But boy, there’s talent out there that I’d kill, and I mean kill, to work with. Adrienne Wilder, he was the first M/M author to leave me breathless with natural writing ability; Joseph Lance Tonlet, who’s just so dark on imagination, I grin and squirm every time I see him about; and there’s a new author I’ve recently come across, Luchia Dertien, who writes a spy novel like an ex-spy who’s used to spitting out spies herself.

Are there a set number of Don’t books, or are you just going with the flow?

They’ve been pretty much planned so far, with each one containing their own plots, yet at the same time having an overall theme that’s brought to a head in the upcoming fourth novel. Whether there’ll be any more or not, it all depends on how these final chapters in this last novel go down. *Nervous grin at Don’t… readers*

What would you tell an author just starting out in the genre? Pros and cons.

It’s damn tough, and I mean tough enough to say I wouldn’t ever recommend getting into the business without knowing how the publishing world works away from the words on the page. The word ‘author’ is very easy to say, but it hides the chaos of spaghetti junction beneath it. Before you take a breath, there’s the risk of author mills, contract scams, the risk of choosing the wrong publisher or agent. You have to have the business acumen to understand net v gross when it comes to royalty payments and why gross looks out for the author more; you have to understand taxation across countries and distribution sites, plus who your target audience is, even down to understanding the basics over why you need a contact page on your author website for readers/reviewers to get in touch. That’s not even touching the publishing process itself, where deadlines, okaying cover art, final proofs, promo and marketing on the run up to, and after, release, how all the time involved in checking all of that is immense and frustrating. It’s never just about writing anymore.
But it’s the M/M community itself that helps the above fall to the wayside. I’m still floored by the help I’ve gotten from my peers. It’s just a matter of finding the voice to say you don’t’ understand something. There’s also sites out there to help guide you in the right hands, for instance, like Writer Beware, who look into rogue publishers etc. And through it all are the readers… the reviewers. I’ve met some fantastic people, with lives I could write a dozen books for and who I feel humbled by meeting. It’s never just about writing, but for every right reason here.

What are you currently working on and what do we have to look forward to in the future?

Most don’t pay attention to the black scarves knotted around forest trees. But at twenty-four, homeless, and used to moving from town to town when life gets too complicated, Russ Blackmore can't fail to.

When Russ passes through his hometown and finds a scarf attached to a tree outside his local church, his own need to run is lost in how the threat sits close to the vicarage where his best friend, Scott Rhodes, lives.

Russ recognises the threat, but with a history of backing away from trouble at every turn, of backing away from Scott, Russ knows it’s going to take everything he has to convince Scott that he's here to stay. And, as more black scarves are wrapped around the vicarage trees, to prove to Scott he'll fight body and soul for him if pushed.

Once Provoked is finished, I’m looking at a sequel to Broken Ink.

Do you attend any conferences or conventions? Or are there any you are planning on attending?

I haven’t yet, no. I’m trying to work up to my first conference in February 2016 (Birmingham). It’s pretty close to home for me and it has that close to home feel. I’ve only ever travelled abroad once, and that was through a thunderstorm where it got very bumpy. I’ve been scarred for life where aeroplanes are concerned since, lol.

Oh wow… anything at all with my iPod and headphones close by. And possibly a coffee machine. I can pretty much write anywhere so long as I have those.

If it’s just for talk on everyday mishaps, I can be found here on Facebook: https://www.facebook.com/profile.php?id=100007776739131
I also have a main website, where updates and new release news can be found. There’s also a Shout Out newsletter, where I do private giveaways etc.
http://www.jacklpyke.com/
And just recently, Don’t… has started free serialisation with my publishing company. That means every Thursday, if you are a member of the Forbidden Fiction Publishing site, a chapter from Don’t… is posted free for readers. I’m also around on those Thursdays too for any questions. For anyone interested in the Society of Masters, Lynn Kelling’s first novel in the Deliver Us series has also started free serialisation too.
http://forbiddenfiction.com/story/jp2-1.000134/
And lastly, Goodreads is where I do a lot of my own reading, and I love to talk about books. It’s always great to see what people are up to with their reading shelves:
https://www.goodreads.com/author/show/6691397.Jack_L_Pyke

Thank you for being here today and answering all these questions.

Thank you for having me over, Meredith. It’s been great taking the time to chat.

Jack blames her dark writing influences on living close to one of England’s finest forests. Having grown up hearing a history of kidnappings, murders, strange sightings, and sexual exploits her neck of the woods is renowned for, Jack takes that into her writing, having also learned that human coping strategies for intense situations can sometimes make the best of people have disastrously bad moments. Redeeming those flaws is Jack’s drive, and if that drive just happens to lead to sexual tension between two or more guys in a D/s relationship, Jack’s the first to let nature take its course.

Jack is offering one person a $10.00 Amazon gift card!
Simply enter the rafflecopter below. Contest will run until  September 25th!
Winner will be contacted via email so please check your spam!

A big thank you to Jack for being here today! I look forward to more of her work.