What madness is this you might be asking? Well, I was thinking the other day (hush) And I realized, with so many new books that come out daily we forget some amazing books that meant something to us. That still do mean something. An author, Ben Monopoli, posted a picture of one of his books. Not a brand spanking new one but it's probably my favorite of his. And so this crazy idea was born.

Once a month I'm going to post Random Five. It's five books that I absolutely love. Some of these are years old. Maybe you read them, maybe you wanted to but forgot with the influx of new literature. Maybe you will like what you see and can enjoy them as much as I did and still do. 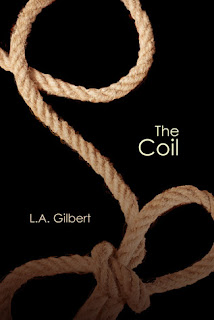 The Coil by L. A. Gilbert

Sandwich-maker Mattie Green has one goal: escape San Diego, move to New York, and attend art school. But to make this a reality, he needs to get his GED—not easy, since he can’t read or write. Until he can, he’s stuck working at the diner and selling himself on the side.

Mattie’s legitimate job isn’t without perks. Every day the quiet, sophisticated Simon Castle comes by to work on his latest book. Mattie wants more than to pour Simon’s coffee and make his lunch, but he’s sure Simon is out of his league—until suddenly he’s not.

Simon Castle's life is complicated, built around his career and a son who requires a lot of time and attention. It’s not a life well-suited to the inclusion of even a part-time prostitute, so he resolves to keep his relationship with Mattie casual. However, the longer he knows Mattie, the deeper his feelings become. The idea of him with another man tortures Simon, but he can't ask Mattie to be his alone and jeopardize Mattie's hopes for New York—no matter how much he wants Mattie to stay. 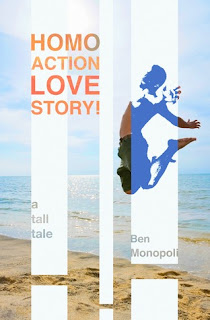 Boots McHenry and his boyfriend Ryan are young superstars in the North American Paintball League, a high-stakes sport where losers face exile -- five full years of it, on an island so secret no one can be sure it even exists. After Ryan has a tragic collision with an opposing team's paintball, the rules of the game force the boyfriends apart.

Boots is shattered without Ryan, so when his best friend Clemente Santiago suggests a daring, high-seas mission to find the island and reunite the pair, Boots jumps at the chance. They assemble a crack team to join them, including fashion model and mixed-martial-arts champ Colby Kroft, hunky-but-shy sea-captain Marcus Tumble, and Piper Pernfors, the ex who's aching to make Boots forget Ryan ever existed.

HOMO ACTION LOVE STORY! is a lighthearted, sex-filled adventure from the author of THE CRANBERRY HUSH and THE PAINTING OF PORCUPINE CITY. It's a perfect storm of beautiful fishermen, murderous pirates, blossoming romances, and secrets that call almost everyone's motives into question. Land, ho! This page-turner is sure to float your boat. 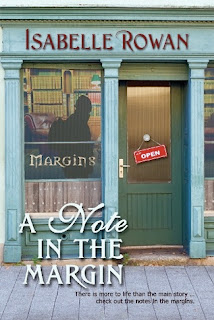 Notes in the Margin by Isabelle Rowan

John McCann, a man who judges life by the tally of an accounts ledger, has a supreme goal in life: To achieve, live, and enjoy the rarified executive lifestyle. But he's encountered one problem: The migraines are going to continue to get worse unless you make some major changes in your lifestyle. What you need is a 'sea change'… Perhaps buy a nice little business in the country, settle down, something easier to occupy your time…

While John knows the doctor is right, he just can't resign from the job he's fought so hard for. He decides the sacrifice of taking a year's leave of absence won't interfere too much with his plans, and so he finds himself running Margins, a cozy little bookstore, with the help of the former owner's son, Jamie. John expects to put in his year, get his stress under control, and then get back to business.

What John doesn't expect is how Margins and its denizens draw him in, particularly the quiet, disheveled man who takes refuge in the old leather chair in the second-hand book section. John's plans for an unattached year of simple business crumble when he meets David and is forced to reevaluate life, love and what he really wants from both. John and David are forced to come to terms with their pasts as they struggle to determine what possible future they might build together. 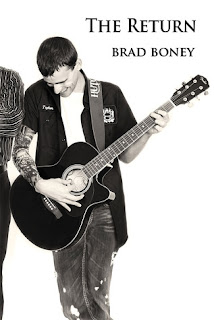 The Return by Brad Boney

Music. Topher Manning rarely thinks about anything else, but his day job as a mechanic doesn't exactly mesh with his rock star ambitions. Unless he can find a way to unlock all the songs in his head, his band will soon be on the fast track to obscurity.

Then the South by Southwest music festival and a broken-down car drop New York critic Stanton Porter into his life. Stanton offers Topher a ticket to the Bruce Springsteen concert, where a hesitant kiss and phantom vibrations from Topher’s cell phone kick off a love story that promises to transcend ordinary possibility. 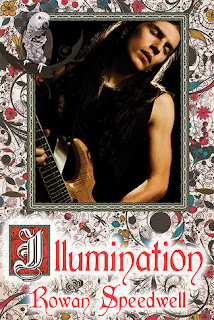 Adam Craig is burned out. Lead singer of the hard rock band Black Varen, he's tired of the empty life of groupies, paparazzi, and hotel rooms. Worse, a life in the closet. After the final concert of their latest tour, he flees the after-party in pursuit of memories of lost summers and carefree days, until he passes out on the patio of a shuttered lake resort.

Miles Caldwell is a brilliant artist, tied by agoraphobia and social anxiety to his family's lodge. Alone but for his parrot, he spends his days illuminating manuscripts and hiding from the complexities of life. When he discovers Adam asleep in a deck chair, he's furious but intrigued. Adam soon charms his way into Miles' bed, and they lose themselves in a summer idyll, safe from the compromises and claims of reality.

But Adam's life, with all its demands, is waiting for him. And Miles, uncertain of Adam's true feelings, is battling demons of his own. Somehow, the man who's never home and the man who never leaves it must find the strength to fight for a future together.

These books truly are amazing and I feel should be read by everyone! I'll be back next month with more Random Five. Enjoy!

Make sure to enter the giveaway for a chance to win one of these awesome books!! Contest ends October 14th!


a Rafflecopter giveaway
Posted by Diverse Reader at 4:35 PM