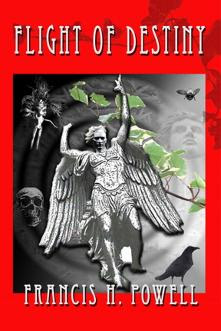 A collection of 22 short stories about misfortune characterized by unexpected twists at the end of each tale.

My family background and some history.
I come from a family of five. I am the youngest, perhaps the free spirit of the family. I was educated at various schools, before going on to Art Schools, to do a degree in painting and an MA in printmaking.  I loved most of my time at Art school, having experienced a painful time at school, where I was an outsider. Moved to Austria in 1995, lived there for two years and began teaching English as a foreign language.  Alongside this I have always followed a lot of other creative activities, including music.  During the nineties, did many concerts/raves and some short tours, playing electronic music.  While in Austria, began to write stories. Moved back to England, where upon pursued teaching career, including teaching English (literature/language) and Art. Decided to move to France at the end of 1999 have lived there ever since and have taught among other things British and American culture and Architecture.

This my life in depth.
What better way to put all my angst into short stories. Born in a commuter belt city called Reading and like many a middle or upper class child of such times I was shunted off to an all-male boarding school aged eight, away from my parents for periods of up to twelve weeks at a time. In such an institutions, where I was to rest until my seventeenth year, there was no getting away from the cruel jibes hurled at me from taunting tormentors. My refuge was the arts room, where I started to find some kind of redemption from the stark Dickensian surroundings, whose aim was nurture the army officers, businessmen, and gentry that dominate the class ridden world I was born into. The seeds were sown, I was an outsider, happier times were to follow, I went to art school, where I attempted to exorcize my time spent at school. At eighteen I turned my back on a parentally enforced weekly visit to church and my head was filled with a range of nonconformist ideas. While at my first Art college through a friend I met a writer called Rupert Thomson, who was at the time in the process of writing his first book “Dreams of leaving”. He was a bit older than myself, me being fresh out of school, but his personality and wit resonated and despite losing contact with him, I always read his latest published books with not only great expectation and unabashed admiration, but also a fascination for a person I had really looked up to, his sentences always tight, shooting arrows that always hit the mark. My yearning to be creative stayed strong and diversified, from my twenties through to my thirties and forties I made electronic music, doing concerts, in front ecstasy infused crowds, at a point I was making videos and short films. When the age of the internet arrived I was really able translate my creative endeavors into something really tangible. To earn a living I have worked as a teacher. I moved to Austria where upon I thought I would try writing. It is sure that my writing at that time was rough and rugged and without direction. I dived into a story about immortality, the story remains vegetating on some dusty floppy disk. Then tried short stories for children with illustrations to go with them. It wasn’t until I was in my mid-forties that my writing took shape. I was at this point living in Paris, France. I spotted an advert for short stories. The magazine happened to be called Rat Mort (dead rat) I sent off a short story, in the hope it would match the seemingly dark world the magazine seemed to embroiled in. I got no answer. Not put off I sent two more stories. Finally I got an answer. It seemed the magazine editor was a busy man, a man prone to travelling. It seemed my first story really hit the right note with him. His name was Alan Clark. He had a flat in the Montmartre area of Paris, where he seemed known to all, especially those who frequented his favorite drinking haunts. He offered me many words of encouragement. I was writing stories that were coming into my head at regular intervals, as if a monster had suddenly awakened. I was writing them on scraps of paper, less I would forget them, while I travelled on the Paris metro, going about my teaching work with staid business types. I had found a format for writing that worked, as well as a hunger to write about the demons of my past that still haunted me. Moving closer to present times, the desire to put together an anthology seemed to resonate in my mind. The Flight of Destiny evolved slowly. Many trans-Atlantic exchanges between myself and two editors seemingly far away. This evolution took my writing to a new level and the stories more depth and resonance.

As a writer.
I have had poems and short stories published, in books, magazines, and on websites.  I have had short stories published in an arts magazine called “Freakwave”.
About my stories in Flight of Destiny
Flight of Destiny is a collection of short stories about misfortune. They are characterized by unexpected final twists that come at the end of each tale. They are dark and surreal tales, set around the world, at different time periods. They show a world in which anything can happen. It is hard to determine reality and what is going on a disturbed mind. People's conceptions about morality are turned upside down. A good person can be transformed by an unexpected event into a bad person and then back again to their former state. The high and mighty often deliver flawed arguments, those considered wicked make good representations of themselves. Revenge is often a subject explored.

Some of my favourite characters in the book 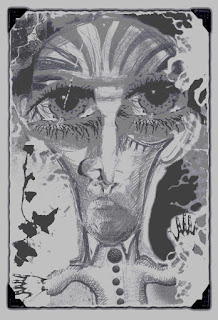 Bugeyes
We live in a world of body image stereo types, are perpetuated by the media. Those unfortunate beings, born with abnormalities, could face a lifetime of cruel jokes, and in this story's case rejection.
Bug-eyes was destined to a life of toil. As his mother, Lady Harriet Lombard, remarked gruffly when holding her swaddled first born, "He has disproportionate eyes," adding tersely, "the child's abnormal." As she handed the squalling reject back to the doctor, she decreed, "Drop it down the well for all I care." 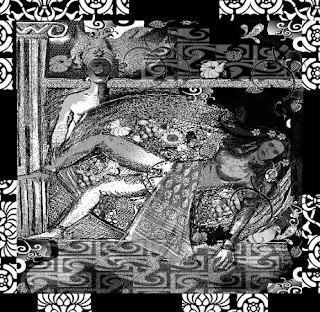 Maggot
“If you want to feel rich, just count the things you have that money can't buy” Not all follow this proverb. A rich person thinks that his money will buy the beauty of a young girl, while her father thinks her sale will solve his money problems, both are in for a surprise, even the most beautiful of apples can go bad
Maggot was enraged and banged his fist on the table! Knives, forks, spoons and plates flew into the air, tossing food everywhere. Up to this point, the banquet had been cordial, even good-humored. Necessary pleasantries and toasts had been exchanged. But as soon as serious negotiations had begun, as soon as money was brought into the equation, everything quickly went wrong. 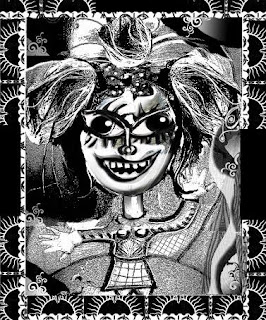 Little Mite
This is a story for those people whose little sister or younger sibling have managed to do some irredeemable damage to their personal life, for those who have tried a trick that has gone horribly wrong. 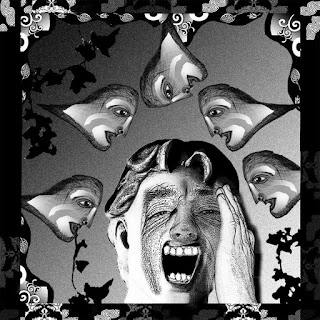 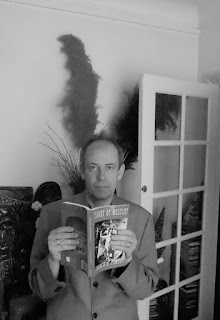 Francis H Powell with a copy of his book.


The message in my novel that I want readers to grasp?
I would like readers to perceive things in a different way. I would like them to see the world through the eyes of the underdog or outsider. I would like to think about how cruel people can be to one another. In my stories the oppressed often rise up in the end and enact some kind of revenge. There are many messages woven into my stories. They often attack the establishment.
Where to find the book…