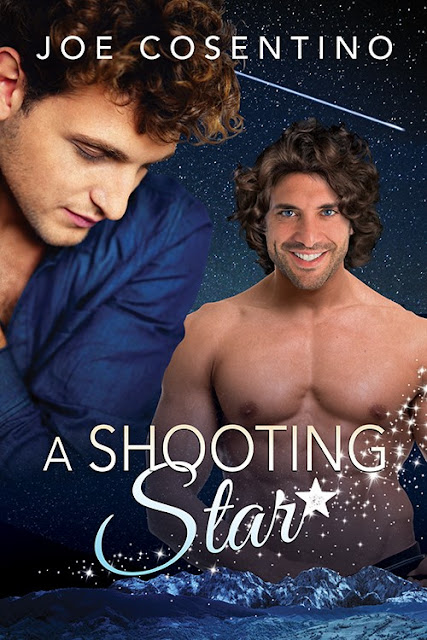 On the eve of the best night of his life, winning an Academy Award, Jonathan Bello thinks back to his one great love, David Star. Flipping back the pages of time, Jonathan recalls his handsome, muscular, and charismatic college roommate. Since Jonathan was a freshman and David a senior in the Theatre Department, David took Jonathan under his wing and molded him, not only as an actor but as a lover. With every wonderful new adventure, David left his joyful mark on anyone with whom they came in contact, but Jonathan soon uncovered David’s dark past, leading to a shocking event. Undaunted, Jonathan celebrates the captivating man who will always hold a special place in his heart.

Reviews for A SHOOTING STAR:

A Bittersweet Dreams title: It's an unfortunate truth: love doesn't always conquer all. Regardless of its strength, sometimes fate intervenes, tragedy strikes, or forces conspire against it. These stories of romance do not offer a traditional happy ending, but the strong and enduring love will still touch your heart and maybe move you to tears.
“Author Joe Cosentino brought just the right amount of humor, angst and honesty to make this short but sweet coming of age story a success.” MM Good Book Reviews

“Of all the books I’ve reviewed, or attempted to review over the past year, this is only the second book that was well written.” Multitasking Mommas

Reviews for AN INFATUATION the first novella in the In My Heart series by Joe Cosentino from Dreamspinner Press:

“Joe Cosentino proves there’s more than one way to a happy ending in An Infatuation, a story of first love and heartbreak delivered in a fresh and funny voice.”
The Novel Approach

“Don't miss this one friends, it is a heartfelt story magical in the telling! Thanks Joe Cosentino for putting your heart on the page for us to savor!”
Bike Book Reviews

“It’s unusual for me to get sucked into a book in the first chapter but it grabbed me early and I read the whole thing in one day”.
Nautical Star Books

“I recommend this book to anyone reminiscing about that one that got away.”
LoveBytes Reviews

“I think you will be left breathless with the reality and emotion behind An Infatuation.”
Diverse Reader

Giveaway
Joe is giving one person a chance to win book 1 in his series called An Infatuation.
Simply leave a comment below about your thoughts on this post, this series, and a winner will be selected by Joe.
PLEASE LEAVE A WAY TO CONTACT YOU
Contest runs until  Monday, September 7th
Good luck!
Posted by Diverse Reader at 4:50 AM