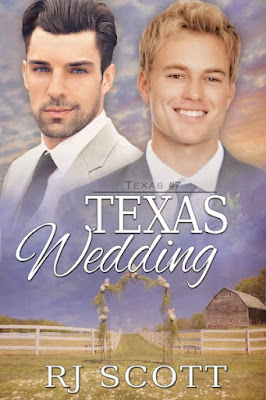 The final book in the Texas series which started with The Heart of Texas is available 25 September.
Buylinks: RJ Scott Website 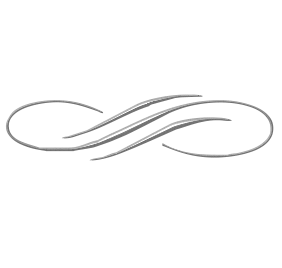 Blurb:
Sometimes Riley and Jack have to be the ones to fight other people's battles and stand up for what is right.
With the life changing prospect of a yes vote from SCOTUS on the issue of same sex marriage, Riley and Jack realise they have decisions to make. Add in some distressing family news and the very real possibility that old secrets may resurface, and this last book in the Texas series pulls together as many threads as the boys can manage to handle.
But through all the ups and the downs, children, family events, laughter, and tears, there is nothing as special as the forever love between these two men.

“We’ll get them over, or maybe we’ll go visit them,” Jack said. He wasn’t going to let Riley focus on this one thing to distract himself from the central issue. “Back to the meeting. When you sit there, it will be all business, and if she comes over to talk to you, you smile, nod, and put on the best goddamn Riley act you can.”
“You’re not planning on being there.”
“I hate them,” Jack said, then he felt guilty. Riley was clearly concerned about the meeting, and he should make the effort. “I can try.”
“Don’t say that.” Riley smiled at Jack. “As much as I like it when you do that ‘I don’t care, I’m a hot, dusty cowboy’ thing, I seriously think you should stay away.”
“Yeah?”
Riley looked at him again. This time, the shadows had disappeared from his eyes. “It’s like torture for you.”
“Tell me more about how you like the cowboy thing,” Jack growled.
Riley grinned. “When you push the chair back and you kind of sprawl there, with your thumbs in your belt. You smile and nod when you need to and all I want to do is crawl over the table and ride you right there in the meeting.”
Jack’s cock swelled and pressed against his jeans. Riley’s voice was husky and low and sent every molecule of blood south.
“Jesus, Riley.”
“Sometimes you unwrap those stupid little mints, and you press one to your lips, and then you suck it in.”
“I like the mints.”
“All I can imagine is my cock in your mouth, and I’m so freaking hard I can’t concentrate on the numbers.”
Jack wriggled to get comfortable, and he had to press his free hand to his zip to ease some of the pressure. “Like it’s easy for me,” he muttered. “You in your suit, and those ties you wear, and all I can imagine is ripping it all off, tying you down and fucking you into tomorrow. That’s the only reason I go.”
Riley moved so quickly Jack didn’t have time to draw breath. He straddled Jack and pushed him back on the bed.
“Carol.” Jack mentioned their nanny’s name with the last remaining moments of having the presence of mind. “People…,” he added as a warning, as Riley stole his words with the deepest, dirtiest, messiest kiss he’d had since the last time they’d been in the barn.
Riley pulled back enough so Jack could look into his eyes. “Barn,” Riley said. “Now.”
Riley scrambled up and away, unbuttoning his jeans and adjusting himself. “Now,” he repeated.
With determination, they made it out of the house. Hayley was at school, Max out with Robbie and the horses, the twins were happy with Carol, so they had nothing to stop them. It didn’t matter it was ten in the morning, this was happening. 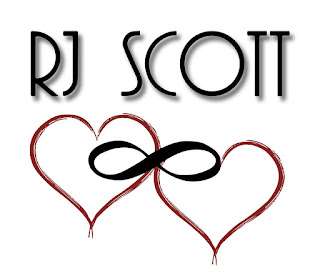 
a Rafflecopter giveaway
Posted by Diverse Reader at 5:00 PM