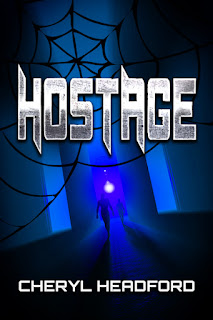 Blurb: Astrin Raphael wakes up in a strange place, frightened and confused. He is told to trust someone who seems to hate him, and he tries—he really tries. However, things change rapidly when he discovers his friend is actually his archenemy, Rowan Gabriel, whose abusive behavior stems from a deeply ingrained, if unwarranted, hatred over something that happened many years before, and simply wasn’t Astrin’s fault.

When Rowan's uncle and Astrin's father are kidnapped by Strebo Michael, the two crown princes are catapulted into an adventure that forces them to work together, and along the way their feelings for each other grow. Rowan is quick to let his hate go, but Astrin can’t release his inhibitions. It takes Astrin almost dying from a poisoned dagger before he finally accepts Rowan's love.


When they return home, their problems continue as their Houses try to negotiate a way for the young men to be together. It soon becomes clear at least one of them will need to relinquish his throne.

ROWAN WASN’T smiling. He was simmering gently and muttering to himself under his breath. He’d understood and fully appreciated everything his uncle said to him, but it changed nothing. He hated Astrin Raphael, hated him with a vengeance—vengeance for his parents, to be exact. When Astrin’s father had given the order to attack the armored convoy carrying Rowan’s parents back to the capital, he had shattered Rowan’s world. At four years old, the young prince had hardly known his parents, but he could remember the soft touch of his mother’s lips on his hair, the strong arms of his father cradling him and making him feel safer than he ever had since.

That was all gone now, wiped out in one round of intensive fire and a couple of old-fashioned rocket grenades. Gritting his teeth, Rowan pressed his thumb against a panel that checked his DNA. As Crown Prince, there was no security level for which he was not cleared, and almost instantly the panel changed from red to green, letting out a soft hiss as the seal around the door released.

Quite apart from his feelings for Astrin, Rowan hated coming to the infirmary wing. It was thankfully small, as it catered only for those who lived and worked in the Palace Complex. The door opened into a central lobby from which other doors led in three different directions. One led to the administrative center, another to the main body of the hospital, which was more often accessed through the main entrance at the other side of the building, and the third to the private royal apartment. This was used and accessed only by members of the royal family, their personal physicians, and retainers.

As usual a senior administrator sat behind the desk, working before a bank of computers. Because of the unusual circumstances, soldiers stood on either side of the door into the royal suite. They were elite bodyguards, eternally alert and ready to act in a heartbeat should the need arise.

Nodding to the soldiers but ignoring the administrator, Rowan again pressed his thumb against a panel and was admitted to a dimly lit corridor.

At the end of the corridor was an administration chamber similar to the one he’d just left. This was manned predominantly by nurses, as it dealt with only a fraction of the information handled by the mainframe.

Today there were three nurses at the station. One was working hard on a keyboard in front of the monitor screens, apparently updating paperwork.

The other two nurses were lounging. They snapped to attention as Rowan entered. He ignored them.

Crossing the floor, he activated another thumb pad and pushed the door open when it hissed.

His first thoughts when he passed through the door were of utter contempt and disgust. If he hadn’t retained some sense of honor and decency, he would have spat on the sleeping prince. Fortunately, despite his complaints to his uncle, he realized it was necessary to treat the other prince with a degree of respect. It was vital the negotiations with his father were a success. Rowan therefore swallowed his feelings and went to work.

The boy was unconscious and completely helpless. As a Class One Prisoner, it was too dangerous to allow him any kind of freedom, even the freedom of consciousness.

For normal Class One Prisoners the overcrowded prisons had, over the years, developed containment chambers. Here, many men and women could be economically housed in pods, kept in a comatose state for however long their sentence might be, constantly played audio messages designed to precipitate rehabilitation. They were roused from their coma only during the last months of their sentence, when they had regular consultations with clinical therapists who assessed whether their minds had developed sufficient conscience to allow them to be released back into society.

Some prisoners had committed crimes so severe it was unlikely they would ever be roused. Their pods occupied a room all of their own, which was entered only to install a new pod or to remove that of a prisoner who had died.

However, no one was going to put Astrin, Crown Prince of House Raphael and The Western Kingdoms, in a stasis pod. Although he was a prisoner, he was still a member of the royal family of a major ruling House, and therefore deserving of special treatment.

Instead of a pod, he was reclining on a state-of-the-art bed, his head and shoulders propped up on white pillows. Although it was not possible to see from casual examination, his body was suspended from the shoulders down within an electrically generated field. No part of it was touching either the bed or the covering sheets, thereby preventing bed sores. In addition the field provided constant deep stimulation to his muscles, preventing atrophy and circulation issues.

Tubes inserted into the veins in his arms fed him a regular mixture of drugs, which maintained his perpetual coma, and another tube inserted into his stomach through his abdomen was used to feed him daily with a concentrated, thick liquid that contained all the nutrients needed to keep him alive.

It was Rowan’s duty to feed the sleeping prince, then disengage the force field and wash his body, making sure he stayed clean and there was no infection or irritation of the skin. Rowan hated it. He hated Astrin, and touching him repulsed him. Also the mixture of sedative drugs and the soupy liquid diet produced an absolutely foul waste that made him ponder at times whether it was deliberately engineered by his uncle as a rather basic lesson in humility.

It never occurred to Rowan that, if he found the whole thing demeaning and sickening, had Astrin been conscious enough to be aware of what was happening to his body, he would, no doubt, have found it even more so.

Cheryl Headford was born into a poor mining family in the South Wales Valleys. Until she was sixteen, the toilet was at the bottom of the garden and the bath hung on the wall. Her refrigerator was a stone slab in the pantry, and there was a black lead fireplace in the kitchen. They look lovely in a museum but aren’t so much fun to clean.

Cheryl has always been a storyteller. As a child, she’d make up stories for her nieces, nephews, and cousin, and they’d explore the imaginary worlds she created, in play.

Later in life, Cheryl became the storyteller for a reenactment group who traveled widely, giving a taste of life in the Iron Age. As well as having an opportunity to run around hitting people with a sword, she had an opportunity to tell stories of all kinds, sometimes of her own making, to all kinds of people. The criticism was sometimes harsh, especially from the children, but the reward enormous.

It was there she began to appreciate the power of stories and the primal need to hear them. In ancient times, the wandering bard was the only source of news and the storyteller the heart of the village, keeping the lore and the magic alive. Although much of the magic has been lost, the stories still provide a link to the part of us that wants to believe that it’s still there, somewhere.

In present times, Cheryl lives in a terraced house in the Valleys with her son, dog, hamster, and two cats. Her daughter has deserted her for the big city, but they’re still close. She’s never been happier since she was made redundant and is able to devote herself entirely to her twin loves of writing and art.

September 21:
Gay.Guy.Reading And Friends
The Land of Make Believe

September 30:
Eyes on Books
Posted by Diverse Reader at 5:24 AM