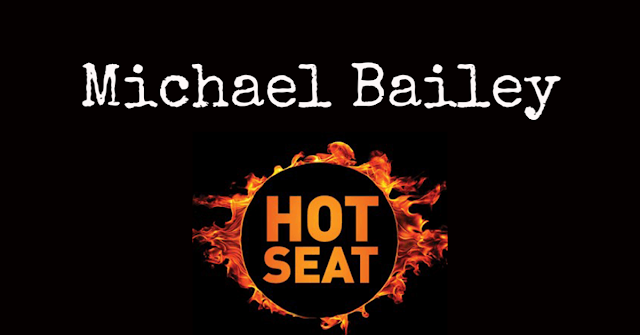 It's another author in the Hot Seat! This week we have our very own Michael Bailey here. While he reviews and has a blog spot called Bailey's Beats right here on Diverse Reader, he's also an amazing author and wonderful human. He's answering some fast fire questions, showing you his work, and wrapping it up with a terrific giveaway. Stick around.

What is your favorite pastime?
Napping on the weekends.  I don’t sleep enough during the week.

Name three living people you’d love to spend an entire week with on a vacation.
Rod (duh!)
Mark Hamill (cuz I think he’s kinda nerdy like me)
President Obama.  Because of his intelligence, compassion, and ability to articulate big ideas in a way that everyone can understand.

What is the title of the first book you’ve published?

What is your newest release?

My most recent is a novella called “Reunion.”

Before you begin writing what are three things you need near you?

Earbuds (I listen to rain sounds as I write)
My phone (for said rain sounds)
Peace and quiet.  The slightest interruption threatens to quiet the voices of my characters.

Using a sentence or two, what are the biggest challenges for you when writing?

Finding time.  I have a mentally exhausting daytime job, so I write primarily in the morning before work or on the weekend.

Are you a plotter or a pantser?

Total, 100% pantser.  I’ll have specific key points in my head, but my characters have to tell me how they got there.

If there’s a title to your current WIP, can you tell us?

Yes.  In fact, I have the titles for the next two.  For those that read “Looking In”, you’ll remember that Greg has a younger brother named Ben.  “Looking Past” tells his story.

“Looking Beyond” has been in my head for over two years.  I knew as I was writing the first book that I would be writing this one as well.  Can’t tell you what it’s about, though, because it would spoil too much.

If you could recommend three M/M books to someone who just discovered M/M, what three would you recommend to them to start?

My introduction to M/M was Felice Stevens “Rescued”, so I’d have to start there
From there, I’m going to cheat a little.

Next up would be “Him” and “Us.”  Both are written by Sarina Bowen and Elle Kennedy.  And I really don’t think you should read the first without reading the second one as well.

Lastly, while it may not be considered “M/M Romance”, I would pick “The Front Runner” by Patricia Nell Warren for a multitude of reasons.  First, I read this book when I was 15 or 16, and it had a profound impact.  It was the first book I had ever read that centered gay MCs.  It made me believe that other gay stories could be told, and it made me want to write them.  Secondly, it told the story of love and tragedy, and heartbreak.  And thirdly, I think it’s important for us as a genre to understand how we got to where we are.  We need to honor those that blazed the trail for us.  We wouldn’t be the genre we are today were it not for those that came before us and took the risk of telling stories about people that society didn’t want to acknowledge existed.

Are you attending any signings, conventions, or other this year or next? If yes, where?

I’ll be at GRL in Albuquerque, New Mexico in October.

What is your least favorite chore around the house?

Only one??  Okay, cleaning the bathroom.

What are three things about yourself that we wouldn’t find out reading your bio?

I don’t drive.  Never have.  I’m always asked, “well what did you do that prevents you from driving?”, like I did something illegal.  The answer is, never got my license.
I didn’t buy my first home until I was 45.  So while most homeowners may have owned multiple houses in their lifetime, the one I currently own will probably be the only one.
Most importantly, I have been in a long distance relationship for almost two years.  It’s one of the most loving and eye-opening experiences of my life.  You don’t navigate those kinds of the relationships the same way you do with those you have the ability to see every day.  You have to make a concerted effort and know that absolutely nothing can be taken for granted.

What is one quote you live by?

Do what makes you happy today, tomorrow isn’t guaranteed. 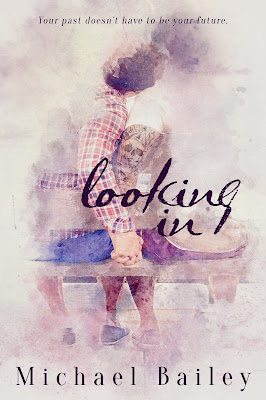 David Barrows world fell apart at the age of eleven after his mother died.  Years of physical and emotional abuse followed, leaving him scarred in body and mind, mired in the belief that he is unlovable. He spends his days working in a comic shop, and his nights alone wrestling with the ghosts of his past.

As a Marine, Adam Duncan has sworn to protect and serve, and there is no one he is more protective of than his brother and nephew.  When tragedy strikes, threatening the security of his family, his protective instincts kick in.  But how can he fight an enemy he can’t see?

David and Adam feel the connection between them, but David has built walls around his heart that no one has bothered to break through, until Adam.  Adam can see what a special man David is, and is willing to do whatever it takes to break down those barriers.  Can he make David see he doesn’t have to keep living his life…Looking In? 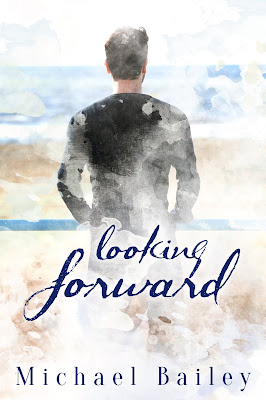 With the unwavering support of his best friend, Andy, Owen put the pieces of his life back together.  Now, more than two decades later, Owen owns and operates a successful comic shop.  Despite his modicum of success, he still feels like a shell of a man, carrying the emotional scars from his past.

Without warning, Owen’s past returns.  Secrets come to light.  Secrets that could either destroy Owen or finally give him the strength to re-evaluate everything he thought he knew about Andy, himself, and the way in which he views the world. 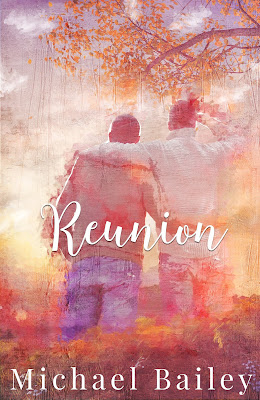 Thirty years ago, Charlie was a high school nobody, more comfortable with fading into the background than being out and proud.
Thirty years ago, Noah was a star high school athlete, more comfortable with running the baseball diamond than admitting who he really was.
Thirty years ago, Charlie and Noah had a secret relationship.  No one knew they were friends, let alone lovers.  Pressures from home, from school, and their own self-doubts ended things before they could really begin.
But that was thirty years ago.
Now?
A lot can change in thirty years.  Noah now works in sports medicine after an injury derailed his baseball career.  And Charlie is attempting to open his second restaurant.
A chance encounter, a hotel screw-up, and two meddling friends may be all it takes to bring these two back together.  If they can only deal with the past, and one huge secret.  They may get their…
Reunion. 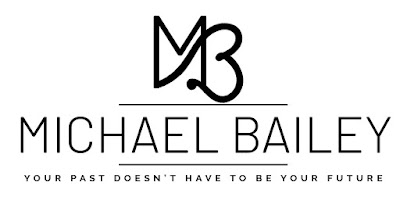 He’s dreamed of writing since he was eleven years old when he wrote a truly awful Choose-Your-Own-Adventure.  It sold exactly zero copies.  His mother may have a copy lying around somewhere.  Mothers keep that kind of thing.

However, on the advice of a friend, he “pushed through”. And so, in September of 2017, his first novel was be published.

His second novel, “Looking Forward” was published in August of 2018

He is hard at work on his third, “Looking Past”

Enter to win a $10.00 Amazon Gift Card
Simply fill out the rafflecopter below!
Contest will end May 31st.
Thanks

a Rafflecopter giveaway
Posted by Diverse Reader at 5:08 AM