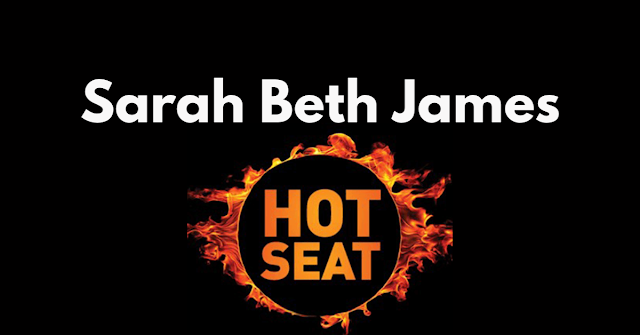 It's another author in the hot seat this week. Today we have author Sarah Beth James hanging out and talking with us! We have a fast fire, and a look at her work so hang out. 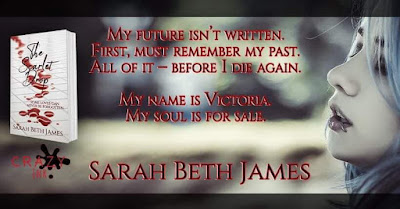 What was the first book you ever published?
Save Me, an lgbtq storyline about cure therapy and how it is used to abuse/brainwash young people screwing them up for the rest of their lives. Having known people go through this, and having my family try to force me into it. I feel very strongly against this type of therapy.

What is your favorite color?
Purple all the way. I am a goth, so most of my wardrobe is purple, black and red.

Do you have a favorite trope and if so what is it?
Not really, sorry. I just choose books that look interesting. Cover art is a big part of my reading choice.

Name three people living or dead you’d like to sit and have an evening with that you could ask them anything?
Brian May, because let’s face it, its Brian May! The things he must have seen on the road over the years. Neil Gaiman, because I think we would create amazing plots together. I don’t know, I’d say Loki because I love the lores about the trickster God even before Marvel made him sexy. There must be some truth in the stories somewhere and some person it was all based upon.

Can you tell us what book is next to publish?
I’ve literally just had Shades of Grey publish, a fantasy story about dark fae’s who are born intersex. February saw both my first lesbian story publish in Crazy Ink’s Just Love collection (Between Death and the Devil) as well as A Ghost of a Chance in the New Beginnings charity collection. Which is about a cop trying to rebuild his life after his husband was murdered and ends up finding love with a drag queen. My next release is very strangely for me, a book with no lgbtq characters. I’m still not quite sure how I feel about that, but they just didn’t fit the storyline. Which is a retelling of Glinda the Good from Wizard of Oz (Not So Good) in the Beyond Oz collection from Crazy Ink. Then in October, I have publishing the very first story I ever wrote. The Scarlet Drop, about a young woman trapped in a cycle of dying and reincarnation constantly forgetting the love of her life. As he searches for her, trying to make her remember before it is too late. The interesting part is, she has two soul mates, one a mage, the other a vampire. Who both seem as much interested in each other as they are her. Whether or not the two men will choose each other, they will end up in a poly relationship or if she will just walk away, even I am not sure yet. I am already working on its sequel which I hope to bring out next year.

Are you going to any signings or conventions this year or next year?
Sadly not, I am spending the next 18 months or so working on new materials to bring to a signing late 2020 or 2021. Good things are coming! Along with possible contracts from two other publishers.

Who are two people you look up to most?
Neil Gaiman and Darren Shan hands down.
The former, when I read his Neverwhere book in my teens made me want to be a writer in the first place and congratulated me on social media at christmas when I said that tagging him about my first small publishing deal with Crazy Ink.
The latter I met at a book signing in 2012. And gave me so much advise and help, support and told me I could do this. And has been in and out of my life offering support ever since. Top man that I respect so much.

Easiest part of writing?
Omg, is any part of writing easy? I love creating twisted ideas that are a little bit different to what people expect. I love villains, I think they have much more depth of character than heroes. I like playing with people’s ideas of them. Such as with my short story I have out, Unhappily Ever After. Where the prince falls in love with the dark prince, leaving the princess for him.

Hardest part of writing?
Finding the time!!!
I work crazy hours, flip backs and lates to early in security. Then, I finally get a day off and a million things that are boring take up my time. Like cleaning, bleh. Like today, I planned to write so much, then work called me into an extra long shift tomorrow where I had to do online training for it first. So, that has pretty much ,left my day at cleaning and making meals ready for tomorrow. And my poor hero is currently drowning in the underworld waiting for Charon to rescue him from the Lethe. So he can travel all five rivers of the underworld to recover his lost love and his own identity. I hope he forgives me!

If you had one wish what would it be?
To be able to write full time, have a quiet little house on the cliffs at Whitby where no one could disturb me and enough money to not have to work so I can put everything inot my art.

Name one character of yours you’d love to be real life friends with?
Probably Holly from Shades of Grey, she is a total sarcastic bitch who loves to level men with her words. Basically me, but more so. 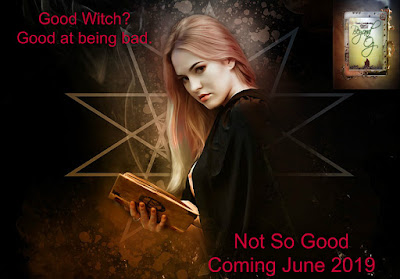 Where to Find the author and purchase her work 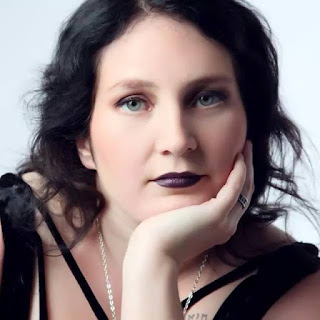 Posted by Diverse Reader at 5:40 AM