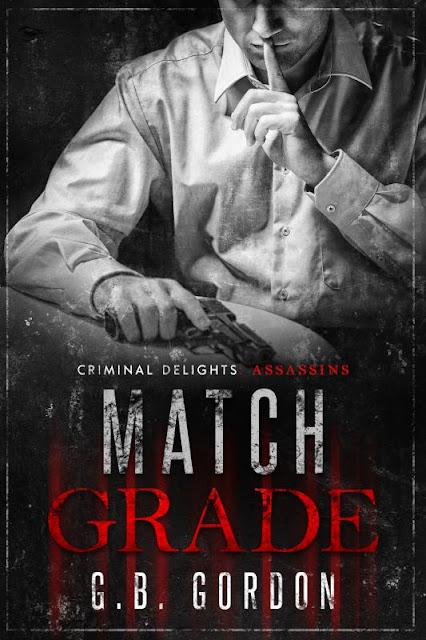 SOME MATCHES SPARK AN INFERNO

Eirik Haldurson is a hitman. Kidnapped at age five and cruelly trained by his captor, he is today one of the most sought-after contract killers alive. Emotional distance from his targets, brutally beaten into him until it became second nature, is now the only way he can function. Lately though, that distance has started to elude him.
And when a Colombian drug cartel contracts Eirik to take out ex-soldier-turned-vigilante, Matt Moreno, distance is suddenly as close as heat to fire. And all hell breaks loose.

If you know neither the enemy nor yourself, you will succumb in every battle.


Eirik had been ready to close the contract yesterday, but no one should have to die in the rain. Today the sky was a bright blue, so the last thing the target would feel would be the sun on her face. Irrelevant.

He quickly checked his wardrobe in the mirror to make sure nothing was out of place. He'd picked the navy blue suit and coat. They were perfect to blend in with the hundreds of business people attending the conference. Or the thousands milling about on the plaza of the office building across the road. Ants. Point was, he would be neither well-dressed, nor shabby enough to be remembered by any one of them. Not to be remembered was the goal.

He pulled his shirt cuffs out below the hem of his jacket sleeves, then slipped his coat on and pocketed the micro syringe he'd filled earlier. The target would be walking across the plaza at 12:15. She was always on time. He liked that about her. There wasn't much else he'd learned to like in the week he'd been studying her movements. She was pissy with baristas and servers, and never had the time of day for the porter in her building.

Focus. This wasn't about likes; it was a contract, nothing personal.

Not liking her made it easier, though. Don't think about targets as people. Gunnar's cardinal rule. How was his brain always forgetting that?

He went over the plan in the elevator. Not because it was complicated or involved in any way, but simply because that was what he did. Good planning made for a smooth contract solution, and he liked smooth. Smooth kept him alive and out of prison.

As the doors opened, he assumed the slightly hunched posture that made his height less conspicuous, then melted into the crowd.

The lobby was packed with a busload of tourists hovering on small islands of luggage he maneuvered around, giving everyone as wide a berth as possible.

He was almost at the door before a tiny alarm went off in his brain and he remembered that he was Paul Kennedy this weekend, a trader from Butt-fuck, Indiana. Get with the program already, brain.
He turned back toward the reception desk with an apologetic smile and a tap against his temple. "Sorry, my mind was elsewhere."

"No worries." The receptionist handed him a note. "Your office called, Sir. They're asking for a call back."

"Thank you." The office meant the client. And the client was not supposed to call the hotel unless it was an emergency. Eirik crumpled up the note and dropped it in his pocket as he got his phone out. There was a corner behind a planter, away from the tourists, that promised a little more quiet, and he made his way over as he dialled the number he'd memorized.

"Where the fuck are you?" the voice with the heavy Spanish accent said without greeting. "Is it done? What's keeping you?"

"Having to call you back is keeping me," he said quietly. "What's the emergency?"

"Mierda. Call me immediately when you're done." The line went dead.

He inhaled a long breath, counted to ten, then slowly let it out. People who couldn't stick to the plan were top of his shit-list. It doesn't matter. It doesn't change anything. Don't get riled up. You have a job to do.

He checked his watch. 12:07. Eight minutes to rendezvous. He needed to get a move on. He wanted to be in place and have ample time to identify the target. There was a sweet spot just to the left of the plaza's center where the stream of people was thickest between the planted area on the edge and the fountain in the middle. That was where he needed to be.

The sunshine was a welcome change from the raw, grey week that had led into October. And for once the Windy City was pleasantly calm. It meant he could choose his position without having to stay out of water spray. People would notice a man oblivious of getting soaked by a fountain. To be noticed meant to be remembered. You're walking too tall, boy. An assassin has to be like a ghost--unseen and unheard.

Well, Gunnar was a ghost now. Eirik just wished his voice had died with the man. But it was always there, still as commanding now as it had been in life. Eirik was used to it reminding him of the technicalities of his job: trajectories, method, weather... Though lately it was displaying a disturbing fixation with Eirik's frame of mind.

He kept his eyes on the entrance of the building over the rim of his phone. Standing with nothing to do would attract attention.

12:14--if she didn't show today, he would try again tomorrow. Nope, there she was, hurrying across the plaza to the little cafe where she ate her lunch. Eirik kept the phone up and started walking.

Gunnar clutching at his throat with both hands as the blood spurted through his fingers.

The memory shockingly unexpected, and vivid enough to blind him. He shook his head like a man emerging from water to get rid of it.

Five steps to target. His free hand dove into his pocket and closed around the syringe, thumb on the shortened plunger. The micro needle barely registered with most people. She wouldn't know anything was wrong until she was already sitting at her table, eating her lunch. And then it would be too late.

He walked straight into her. "Oh Jesus, I'm so sorry." Both arms out to catch her, needle into the meaty part of the arm.

The boy losing his grip on the grocery bag when the shot rang out, oranges rolling everywhere. The father dropping to his knees, a red mark like a third eye between his brows, the back of the head disintegrating in a spray of debris.

"...you're going, you dumb ox!" Her shrill insult brought him back. Shit, he couldn't deal with memory flashes now. He needed his eyes and ears in the present, not the past.

"Sorry again. That was entirely my fault."

You have to pay more attention, Rikki. Don't read and walk at the same time.

Eirik barely stopped himself from clapping his hands over his ears to keep his mother's voice out. More ghosts. But this one was more recent. And much more distracting. He didn't have to fake his confusion, or how shaken he was.

"You're darn right it was." She shrugged his hands off and took a step away. "One of these days those stupid phones are going to kill someone."

One of these days? He didn't say that, though. Stood there, contrite without commenting. Without looking back at her. Trying to will his brain into compliance.

Finally she turned away. She would remember him, but it didn't matter. She wouldn't be around to answer questions.

He watched her enter the cafe, then pocketed his phone and the tiny syringe that was perfectly invisible in his palm.

His hand was shaking.

Why the fuck was his hand shaking?

With a glance around he assured himself that no one else was watching, then strode to the other end of the plaza. And further. He couldn't remember where he'd planned to go after. All he could do was walk, walk away from the ghosts of the past, the shaking hands. Like a wounded animal, he was looking for a cave to hide out in until he was better. Because he would get better. Right? 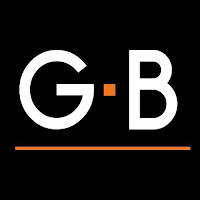 Having lived in various parts of the world, Gordon is now happily ensconced in suburban Ontario with the best of all husbands.

Posted by Diverse Reader at 6:30 AM