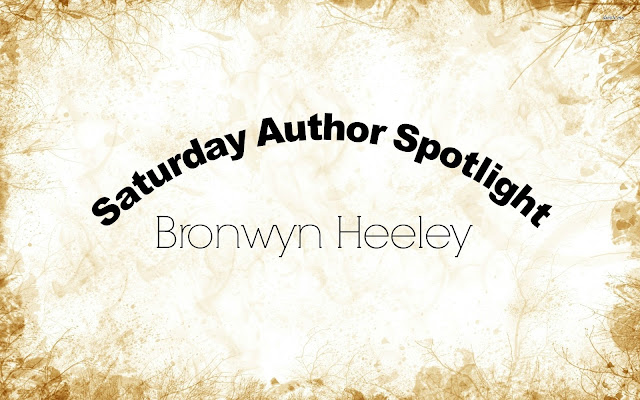 Another Saturday, another wonderful author gracing us with their presence. Today we have the talented Bronwyn Heeley hanging out with us. She's written so many terrific books in this genre,Taking A Stand, Forever With My Werewolf, Wrong Place, Wrong, Time, and so many more.
We will  be talking with her in an interview, look at her work, and wrap it up with a giveaway. Enjoy. 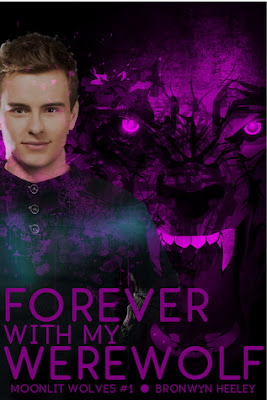 Love is never simple—especially when your lover is a werewolf

Tim only wanted one thing: to learn his lover’s secret. However, he wished learning the truth hadn’t meant being kidnapped, and starting his family down a road Tim wasn’t quite sure they’d survive. 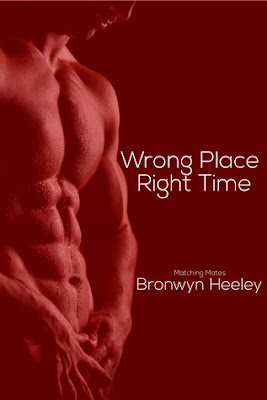 Matty was put into a waiter uniform and given a tray. The problem was he didn’t know what it was he was heading into, and what contract he signed for just being there.
A wolf and the night of his life will change Matty forever, as long as he’s brave enough to take what’s on offer and run. 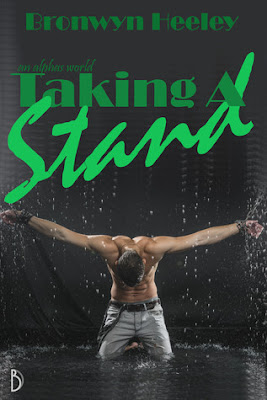 Taking A Stand (An Alphas World #1) 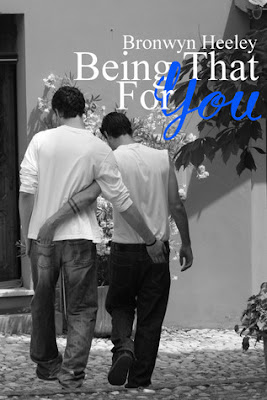 Being That For You

We all know what happens, boy meets boy. Boy realises he’s not as heterosexual as he believed he’s whole life. Boy kisses boy. Boys fall in love. And voila! Happily ever after

The thing is, ever after is actually a long time and what happens in between can make or break even the strongest of starts

Thank you, Bronwyn, for being here today and talking with me. You’ve been a spotlight author before and you always participate in the mass giveaways on the blog so you’re well-loved around here. Hopefully, I’ll ask you questions I haven’t before and get to know you even more.

Thank you for having me, I enjoy all my times here

First, I’ll start out with, how was your Valentine’s Day? Is this something you celebrate or is it just a regular day for you?

It’s just another day, honestly most time it won’t be until the end of the day that I even realise it’s happening. This year I got a phone call from my partner who informed me that is was Valentine’s Day, he didn’t say happy V-day just let me know because he was bored.

Today happens to be GRL registration day. Are you attending? If not GRL are there other signings or events you’ll be at this year?

Big sad face, no. It would be too much money and too far to go with my children being so young, I do hope to go someday in the future. The only signing I’m heading to this year is in April and I’m just going as a reader.

Tell us about your favorite type of character to write?

Blue collar. I like to write about characters I like to hang around with. I believe I tend to write more alpha males though I don’t realise I’m doing it.

When writer’s block gets it’s claws in you what have you found to help beat the beast?

I haven’t been able to figure that out yet. I have a belief that I just need to change projects, as I normally write in parts and need a week or so to sort out what’s the smaller points in the next part before I can write it, but I haven’t actually put it into practice so not sure if it’ll even work

Can you tell us what you are currently working on or what the future holds?

I’m working on rewriting my Moonlit Wolves series which was the first series I ever published and is a mess. I’m changing the order of the books, tightening the plot points which has made the process a hell of a lot more complicated than I expected as I want to keep some of the originality to it. However I’m really liking the direction the series is taking now I’ve put down a solid foundation which the series didn’t have before. Later I’m working on getting into writing novels, it’s where I want to be (rather than a short story or novella writer). I’ve plans for a MC paranormal series, a more fantasy based paranormal and hopefully a Norse mythology novel/duology

How long does it generally take you to write a book from start to finish and what’s your process?

I’m trying to start a new writing schedule which is 3x2hr writing sprints 4-5 days a week. On the first run trail I wrote just over 55K in 6 weeks (which was 2 books), I’d really like to get this process down to 50K in one month.
My process is simple. I write a full first draft in one go, tending to not like leaving any part mostly because I find it twice as hard to fill in the blanks, also I can’t write out of order. Then I send to beta readers. Once I get those notes back I do a final read which I fix what needs fixing and make sure it’s everything I want, then run it though grammarly. After that I send it to my editor/proofreader.

How can readers find you on the webs?


a Rafflecopter giveaway
Posted by Diverse Reader at 7:29 AM