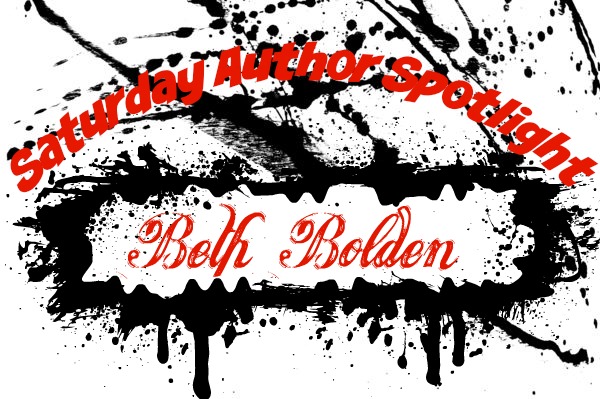 It's another Saturday Author Spotlight here on Diverse Reader! We have the talented and wonderful Beth Bolden hanging out! We will be looking at her work, doing an interview, and rounding it off with a fantastic giveaway. So, grab your drink, get comfy, and enjoy. 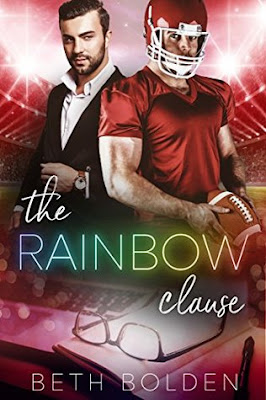 Heisman winner. Member of the National Championship team. NFL Rookie of the Year. Quarterback Colin O’Connor knows he’s become the ultimate romance novel cliché: all the success he’s ever dreamed of but nobody to share it with. Too bad it’s not as simple as asking out the next girl who intrigues him – because the next girl to intrigue him probably won’t be a girl at all.

Unexpectedly, the solution comes in one neat package: Nick Wheeler, lead journalist for a leading sports and pop culture blog. Hired by Colin’s team, Nick comes to Miami to shine a spotlight on the NFL’s most private quarterback.

The heat in Miami rises when Nick discovers that Colin is nothing like the hollow personality he pretends to be in interviews and he’s even hotter in person than on his Sports Illustrated cover. Nick knows this is the story of his career, and after spending his teenage years as a bullied, closeted teen, it hits very close to home. What he needs is to help Colin share his story while keeping their growing relationship from boiling over in the press, but what he wants is to tell the world. 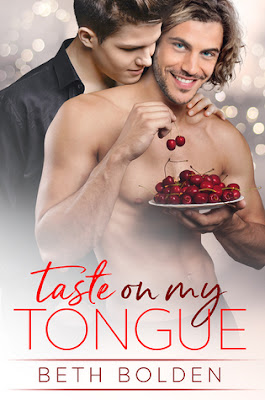 Taste On My Tongue

Almost pop-star Landon Patton has just turned a corner on the worst two years of his life: dropped by his label and dumped by his ungrateful ex-boyfriend. However, his new agent's brilliant plan for Landon's superstardom doesn’t have anything to do with his music – it’s called Kitchen Wars, and it’s the hottest new reality show on TV.

Landon wishes he could have nothing to do with it.

Since the first morning he mixed flour and water, Quentin Maxwell knew he wanted to be a baker. After becoming the pastry chef at a popular LA bakery, anyone else might be satisfied. But Quen wants to call his own shots. Going on Kitchen Wars to win the money for his own bakery seems like a huge risk, but maybe it's worth it.

They’re an unlikely pair. Landon can’t even figure out how to turn an oven on, while Quentin makes his living with one. But with each passing week on Kitchen Wars, they discover what a great team they make – on set, off set, and between the sheets.

Winning should be everything, but what happens when the tastiest pairing is their own? 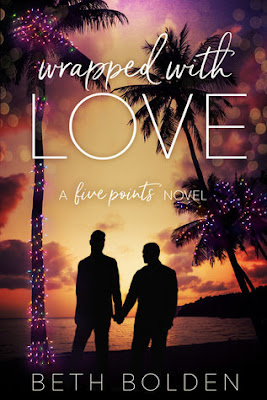 NFL player Jordan Christensen walks into Reed Ryan’s restaurant without a reservation. It isn’t the most serendipitous of meet-cute’s and they certainly aren’t the likeliest of romances, but over venison steaks and crème brûlée, they fall in love anyway.

But even more drastically, they’ve lost each other.

When Reed moves to Los Angeles take a new job, he doesn’t realize Jordan now works there too. But Jordan definitely realizes how precious the second chance fate has bestowed on them is. He’s determined to make up for everything that fell apart the first time around, and it turns out he’s not the only one scheming to right old wrongs.

Starting a new career is always difficult but sharing office space—and big projects—with an old lover is particularly rough. Between impromptu Secret Santa exchanges, Christmas light viewings, and more tacos than even Reed can eat, the two former lovers have an eventful holiday season to navigate.

Thank you, Beth, for being here today and talking with us. We haven’t had you on as a spotlight author so it’s always a treat. I just want to ask you a few questions and get to know you a little.

What made you realize you wanted to be a writer?

I think I always wanted to be a writer? My mom has a “manuscript” that I wrote at five or six, called “Big Bear with Sparkly Earrings” that I even illustrated. During college, I had the fiction bug beat out of me by too many literature analyses, but I found my way back to writing fiction about ten years ago and haven’t looked back.

Do you have one character that you’ve written that resonates with you most?

I think Nick, from The Rainbow Clause, is my alter ego. He lives on sarcastic retorts and tries to project this tough, sort of been there, done that attitude, but inside he’s a soft gooey ball of marshmallow fluff who desperately wants to believe in the power of love. And that’s me.

If one of your books could be on the big screen which would you like to see up there and why?

I think Taste on my Tongue, which features a reality TV show called Kitchen Wars that I created for it, would be really cinematic. There’s all sorts of bizarre cooking challenges—they’re trying to make pancakes while running around a gigantic lazy susan, they’re cooking in a tiny, kid’s kitchen, they’re making omelettes while on a stair-stepper—and I think those would be so funny to see played out on a screen. Also Landon and Quentin are HOT, and I wouldn’t argue about seeing of what they get up to on the big screen.

Can you tell us what you are currently working on or any future projects?

I am about to release the first book in a new series about four chefs and friends who work at a very renowned restaurant in the Napa Valley. Bite Me comes out February 12, and the rest of the series will be releasing during the year. All four of these books will play on different tropes and themes. Bite Me is enemies to lovers, and the next book, Catch Me, features a fake relationship between one of the chefs and a professional baseball player.

Where do you hope to see yourself in 5 years?

I hope to be writing full time. (I hope to be writing full time much sooner than that, actually, but definitely in five years!) I still want to tell important stories in the LGBTA+ community, that I can’t see changing anytime soon. At this point, I’ve stuck to very character-driven contemporary romances, but I’d love to write more dramatic or suspenseful books. I took a class last year in romantic suspense, and would love to write a gritty m/m romantic suspense. Maybe I’ll have time in five years.

How can your readers follow you in SM or other places?

I’m on facebook a lot. https://www.facebook.com/bethboldenauthor
Also, twitter, if you’re interested in just seeing the “big happenings.” I post all my new releases and sales, but not much else: https://twitter.com/beth_bolden
Also, I am website junkie, and my favorite thing to do while avoiding writing is working on my site: http://www.bethbolden.com/

Who have been inspirations to you as a writer?

That’s really tough. There are so many great writers in this community that it’s hard to narrow it down. I really admire a lot of writers I follow on social media for being graceful and professional but still tough. I admire a lot of people around me in real life, showing me kindness in action every day. I try to strive to be more like them in word and deed, and hope my books reflect the sort of world that promotes acceptance and respect.

Do you remember you’re first LGBT book that you read?

I’ve been reading romance since I was twelve, and I know as a teenager that I started reading LGBT romance, but I can’t remember the first one. Recently the books that made the biggest impression on me were the Curl Up and Dye mystery series by Aimee Nicole Walker. She did such a great job with the cast of characters—you felt like you knew them, personally, and you could crash their place for brunch on a Sunday morning—and the development of a relationship between Josh and Gabe was so exceptionally executed. So much of the time in a romance you get all the strife and then the book ends right after the, “I love you.” It was great to see more of a relationship in those books.

Are you attending any signings or conventions in 2018?

Thank you so much for being here today

Beth will be be gifting one person with a $20.00 Amazon GC
Enter the rafflecopter below.
Contest will end on February 9th
Thank you!