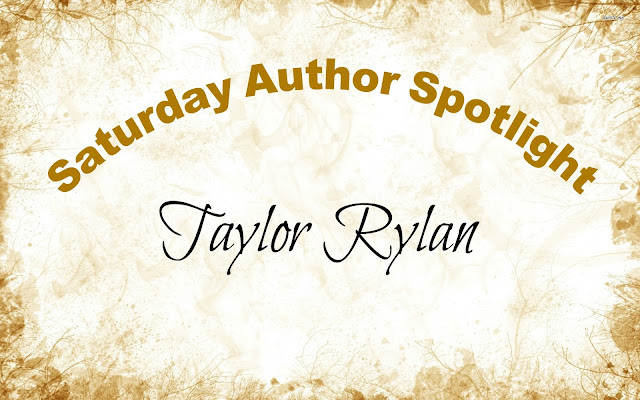 It's another Saturday Author Spotlight!!! Today we have Taylor Rylan hanging with us and talking books and things. Fairly new to the publishing world in this genre she's given the community many books to enjoy. Today we will check out some of those, do and interview, and end it with a fabulous giveaway. So, relax and enjoy. 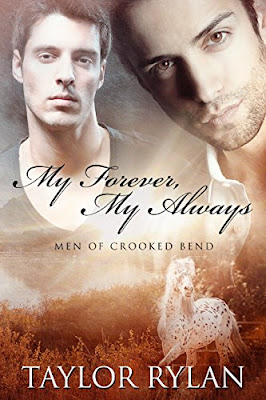 My Forever, My Always

Growing up on a ranch in the middle of nowhere Wyoming did not provide Simon Redfeather with a whole lot of opportunities to explore his sexuality. From a young age he’d known he was interested in men but wondered if he’d ever find someone to settle down with. Though he wanted to stretch his wings, he knew the ranch was his life and he’d inevitably follow his heart back home. Would he be able to find love with someone that could give as good as they get and love the land as much as he did?

Sean Welsh considered himself lucky that he’d grown up with two dads because coming out had been a breeze. Never wanting to trade in on the privilege of their last name, Sean and his identical twin wanted to forge their own path and open their own architectural firm in Jackson, Wyoming. He never expected Simon Redfeather, one of his new clients, to be a gorgeous, sexy, honest to god cowboy. With Simon pushing all his hot buttons, he finds himself wishing he wasn’t the shy twin and yearns to be daring, like his older brother.

The attraction is instant but are Simon and Sean willing to risk everything in order to find their other half?

My Forever, My Always is the first book in the Men of Crooked Bend series. Each book in the series will focus on a different couple but will be better enjoyed as a series as the couples all make appearances in each book. Each book contains sexually explicit material between two men and are intended for adults over 18. 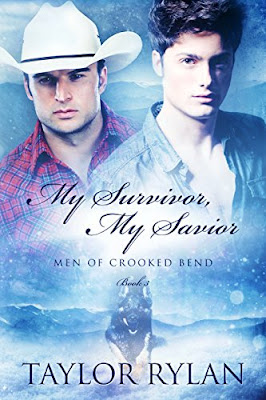 My Survivor, My Savior

Everhett Welsh grew up knowing exactly what he wanted in life. He wanted what his dads had. To him, a love like theirs was something to strive for and when he and his best friend went to Wyoming for Christmas, he found the man he wanted it with.

Logan Redfeather has sworn off men and love. After being betrayed by his fiancé, he promised himself, never again. That was before he met Rhett Welsh. One look at those bright-blue eyes and he knew his life was about to change, even if he didn’t want it to.

When tragedy strikes and Rhett almost pays the ultimate price, can Logan overcome his issues with their age difference and let go of his past to be able to trust again? And after being kidnapped and almost killed by his best friend’s ex, will Rhett ever recover enough to let Logan in?

Determined to start over and not let his anxiety control him, Rhett moves to Crooked Bend to try and start over. Not only is the scenery breathtaking, but one scowling cowboy is there as well. With the help of friends, family, and one determined pooch named Scarlett, will Rhett and Logan find their happily ever after?

My Survivor, My Savior is the third book in the Men of Crooked Bend series. Each book in the series will focus on a different couple but will be better enjoyed as a series as the couples all make appearances in each book. Each book contains sexually explicit material between two men and is intended for adults over 18. 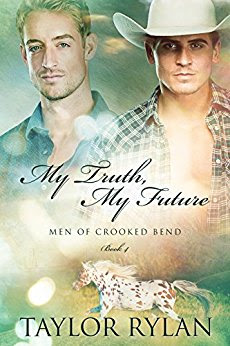 My Truth, My Future

The only thing Tyler Kirkwood ever wanted in life was to be loved openly. But yet what he got was another man who is deep in the closet. So he did the only thing he could to try and save his heart, he left.

Graham Redfeather has only ever loved one man in his life, Tyler Kirkwood. But yet no matter how hard he tried, he couldn’t quite come out of the closet, even for the man he loved. The issue was his own, for he knew he would be readily accepted by his family. After Ty leaves, Graham realizes just what he had and decides to win the man he loves back.

But when a man from Tyler’s past reappears and tries to get reacquainted with Tyler, Graham knows something isn’t adding up. Did Graham blow his chances? Was it too late? Will Tyler choose Graham and their love, or will he choose to return home to Montana and his legacy? Where does his loyalty lie?

My Truth, My Future is the fourth book in the Men of Crooked Bend series. Each book in the series will focus on a different couple but will be better enjoyed as a series as the couples all make appearances in each book. Each book contains sexually explicit material between two men and is intended for adults over 18. 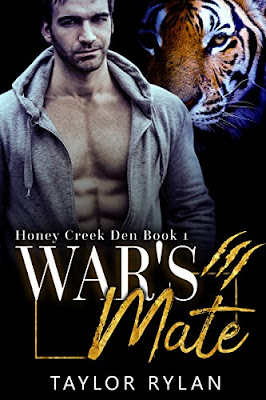 Growing up in a coven with only one other shifter around doesn’t allow Arik much of an opportunity to find his mate, and he doesn’t know when or where he’ll find him. When dreams about his mate start interrupting his sleep, he’s content to wait for them to find each other. That is, until he dreams that his mate is in danger.

Alpha War has all but given up on ever finding his true mate. He’s looked for centuries, but so far, no luck. Then when his den starts being attacked by the local coven, all thoughts of finding his mate leave his mind. He only wants to protect his den members like any alpha would.

When an altercation with the coven turns deadly, the last thing War expects is for his mate to appear out of thin air, literally. Arik knew his mate was in trouble so he got his twin to teleport the two of them to the place he’d been dreaming about.
War is happy to have found his mate but can he accept a union with another coven? He already has enough witch problems; will a coven of warlocks be any different? But can he really say no to his fated mate? Is Arik willing to leave his peaceful coven for a den full of chaos?

With problems lurking, babies coming, and warlocks “poofing” in and out at odd times, will War and Arik ever find time alone for sexy times?

War’s Mate is 40,000 words and is book one in the Honey Creek Den Series. Each book contains a fated mate pair, Mpreg, lots and lots of knotting during growly sexy times, babies, no cheating, and a HEA. These bears will do anything their mates ask, just read and see. The Honey Creek Den Series is meant to be read in order even though each book focuses on a different couple. This book is intended for adults only as these shifters tend to get growly and don’t watch their language.

Thank you for being here today on Diverse Reader. This is your first time visiting so there’s so much we get to ask about you. Let’s pick that brain, shall we?

When you released your first book what scared you the most about sharing your work and has that changed?

Mostly just wondering if people will even read it. And if they do, will they like it? No, that hasn’t changed. I think I’m always going to wonder if people will read my books or not.

Tell us about the types of books you write and if you’ll venture into different subgenres?

I write contemporary gay romance and my first series is set in a fictitious town in Wyoming. There’s lots of sexy cowboys and the men they happen to fall in love with, some are cowboys, some aren’t. I’ll definitely venture into a different subgenera. I’ve always loved shifter stories and I actually released my first shifter/MPREG story the beginning of December. They are shorter, only about 40,000 words, and that world is completely different but they are so much fun to write.

Co-writing. Is this something you’d like to do? If so, with whom?

I wouldn’t be against co-writing, no. As for whom with, I’m not sure. It would need to be someone that could understand me and be flexible. I have an odd schedule because of my kids so I tend to do a lot of my writing very late at night.

Can you tell us about what you’re currently working on or future projects?

I’m currently working on the last book in the Crooked Bend series and I’m finding it incredibly difficult to let them go so you’ll be seeing more of those cowboys this year. I also have a secret project that I’m sneaking in, look for that around Valentine’s Day. I’m also getting ready to release my second book in my Honey Creek Den series. After those, I’m jumping right into the spin off series, Sulfur Springs Cowboys. Collin and Denver have very patiently been waiting on me so I think it’s time I finally tell their story.

What has been your biggest challenge in the publishing world?
To not doubt myself. It’s so easy to do, but I just have to remember to not to and always be sure I’m having fun doing what I do. I have amazing betas and a great team that helps with editing, proofing, and covers and they are amazing to work with and will let me know if something’s not right or won’t work.

My website is still a WIP but I’m quite active on FB, and doing better about IG and Twitter.
FB:  https://www.facebook.com/TaylorRylan
Reader Group: https://www.facebook.com/groups/729846413870305/
Twitter:  https://twitter.com/TaylorRylan1
Instagram:  https://www.instagram.com/author_taylor_rylan/
What’s your greatest hope for 2018?
To continue doing what I’m doing and have fun while doing it. I hope to finish my first series, start and finish the second, continue working on/adding to my shifter series, and I hope to go to GRL again this year, only this time as an author.

Okay, Taylor, thank you so much for hanging with us today!!! Can’t wait to see what 2018 shows us from you.

Thanks Meredith! I can’t wait either. I hope 2018 has lots of good things for not only me, but everyone 😊

Taylor will gift one person a $10.00 Amazon gift card
Fill out the rafflecopter below!
Contest will end January 19th

a Rafflecopter giveaway
Posted by Diverse Reader at 8:53 AM