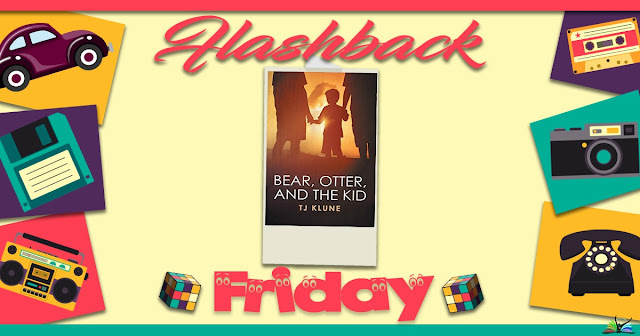 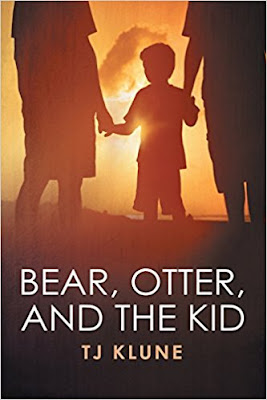 Three years ago, Bear McKenna’s mother took off for parts unknown with her new boyfriend, leaving Bear to raise his six-year-old brother Tyson, aka the Kid. Somehow they’ve muddled through, but since he’s totally devoted to the Kid, Bear isn’t actually doing much living—with a few exceptions, he’s retreated from the world, and he’s mostly okay with that. Until Otter comes home.
Otter is Bear’s best friend’s older brother, and as they’ve done for their whole lives, Bear and Otter crash and collide in ways neither expect. This time, though, there’s nowhere to run from the depth of emotion between them. Bear still believes his place is as the Kid’s guardian, but he can’t help thinking there could be something more for him in the world... something or someone. 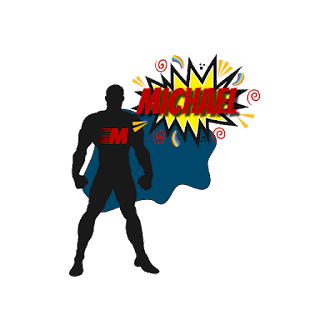 Flashback Friday’s can be kind of tricky for me.  I’ve been involved in the genre less than two years.  In that time, most of what I’ve read has been newer material.  At the same time, I try to find books by authors that may not have as much notoriety as others.  I will warn you ahead of time, I have failed that with this review.

So I’m always looking for recommendations.  About a year ago, my best friend (more on him a little later on) told me (he was quite forceful) that I absolutely had to read TJ Klune, “Bear Otter and the Kid” in particular.  Knowing me as well as he does, he told me that the character of Bear was someone I would be able to relate to.  So I checked out the book, bought it, and it sat languishing in my Kindle for months.  Life being what it is, it took me awhile to get to it.  Once I finally did, however, …it’s hard for me to put into words what this book (and this series, for that matter) really means to me.

This book isn’t romance, at least not in the conventional sense.  No, this book is more about life:  the highs and lows, happiness and pain, love and loss, every color of the emotional spectrum are here within these pages.

To date, there is absolutely no character that I have been able to relate to more so than Bear.  The circumstances that have led him to be the man he is may be significantly different, but the results are similar.  His inner turmoil is mine.  People that made promises to him, or who should have been there for him, weren’t.  His entire world fell apart, not once but twice.

Take a piece of paper or glass, break it into pieces, then try putting it back together.  Inevitably, what you find is that there are pieces that either don’t fit back together the way they should or are missing altogether.

That’s Bear.  Scarred at the deepest level.  Trying to put the pieces of his life back together again, over and over, and finding that there are some missing.

As an aside, I absolutely hate the term “mental illness”. The word “illness”, by its very definition, means “a period of sickness affecting the body or mind”.   People that suffer from these issues aren’t “sick”. Yes, there may be physiological or chemical issues in some, but in entirely too many cases, that “sickness” is simply how they were taught to view themselves.  In the same way, we are taught that one plus one equals two, or that the sky is blue, certain people leave an indelible impression on us.  They tell us who we are by the way they treat us, talk to us, and, sometimes, leave us.  That view becomes a part of who we are at a fundamental level, just like the answer to a math equation.  It is the truth we have been taught about ourselves.

But sometimes…sometimes someone comes along and sees a different truth.  They see in us those holes left by the missing pieces and understand why we see ourselves as we do.  And love us anyway.  Scars, missing pieces, and all.  Unconditionally.  They understand us in ways that sometimes we don’t understand ourselves and accept us for who we truly are, not some idealized concept of who they want us to be.  They want to teach us a different lesson, to show us that not everyone will treat us the way we’ve been treated by others.  They want to stand by us even if we don’t quite understand the reason why or the lesson itself.  Some of us need that someone who will prove to us that what has been doesn’t have to be the way it is.

That’s Otter.  Flawed, but strong and loyal, and willing to do anything to teach Bear (and his brother Ty) a different lesson, give him a different life than what he’s used to, and love Bear unconditionally.

I had the extreme pleasure of meeting TJ Klune last October.  When I was finished being tongue-tied, I tried to convey to him just how much this book and series meant to me on a personal level.  I’m sure what came out was something akin to fanboy drooling, and I probably embarrassed myself simply by opening my mouth.  However, he was extremely kind and gracious, and I couldn’t appreciate that more.  And I can only hope that this review makes up for my verbal inadequacies.

As for my best friend (remember him, the one who said I had to read this)?  Well, he’s become much, much more.  Because…well…Life.  I found my Otter.

a Rafflecopter giveaway
Posted by Diverse Reader at 9:39 AM