Book of the Week: Nothing Special V by A.E. Via #Review 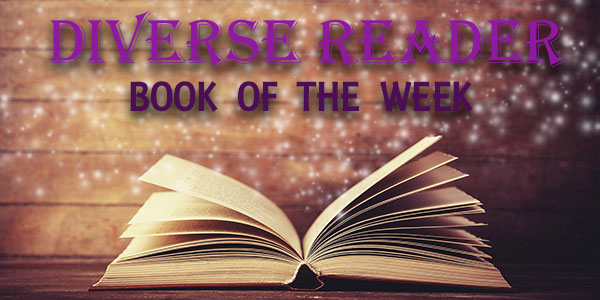 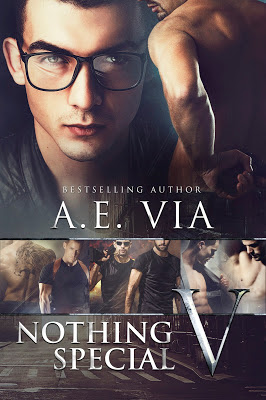 The boys are back and fiercer than ever!

Atlanta's notorious narcotics task force is at it again. They are stronger, bigger, and better than ever. Especially when a city councilman sends RECON Marine, Edwin Steele - who’s been blacklisted from his Oakland department - to join the team. God and Day weren't recruiting. They have a lot on their plates, like the fact they're supposed to be getting married soon. They don't have the time or the patience to integrate a decorated war hero with a slight chip on his shoulder into their well-oiled machine.

A hothead that's uncontrollable and terrible with authority… but wasn’t that their team motto?

Steele was ready to hang up his shield. He was done fighting with bigoted bastards that couldn't respect the job. He was good at fighting; he just needed the right team to fight with. When his uncle - City Councilman, Rasmus Steele - shows him a video of God's team in action, he knows right away, it's where his nephew belongs in order to restore his faith.

Steele pointed to the driver, a behemoth of a man wielding those massive firearms like a true beast… like a soldier. “And him. Who the hell is he?”

Steele was skeptical about his new placement, but when he meets God's technology specialist/computer genius, “Tech,” he's willing to give it his all, and he definitely shows and proves.

Tech is stunning. His sweater vest and khakis, a stark contrast to the blue-jeaned roughnecks he works with. A beautiful sheep amongst the wolves. Steel thinks there's no way the brilliant man would be interested in a hardhead like him, but Tech has a few badass hidden talents of his own and manages to surprise him... surprise all of them.

This story is a part of a series but can stand alone. It does not end on a cliffhanger and has a HEA. There are no multiple pairings in this novel.

Nothing Special V was everything I wanted and more ... and so worth the wait!! And after reading it, I can totally get behind A.E.'s excitement over sharing it with everyone and not being able to wait any longer. I LOVED the addition of Tech and Steele, they were FABULOUS together. And then God and Day, *sigh* no one is like them and my love for them continues to be ridiculously hard. As always, NS5 was high octane fun, full of action and witty banter and super sexy scenes.

It's always great when an established and well-loved series continues to grow by adding new characters while keeping true to the previous books while at the same time, letting us see plenty of the characters we've come to love. In the case of V, the addition of Tech and Steele was fantastic. Steele is great, all growly and with bad-ass attitude to spare, but it was Tech who I loved so much. Talk about your computer genius who's so much more! Gah, he was just such a surprise to me. Super sexy, but hiding an inner strength and some pretty kickass moves, too.

And in case you're worried, oh my God yes, there's plenty of God and Day, too. Like A.E. could keep them quiet for too long. They get almost equal time in the book, which, hell yeah, right? Things are a bit rocky between our two favorite muscly, fierce guys, but they get things figured out before it's too late. I won't spoil anything, because watching these two bumble and stumble their way through was pure fun. As an added bonus--and people this was such a treat--Prescott, Rick, and Blair make an appearance and it's everything you want it to be.

Nothing Special V was an adrenaline filled joyride from beginning to end. Fast paced, well-written and with all our favorite guys, I was up until 3:30 in the morning finishing this perfection, it was that good and I could NOT put it down. With the exception of the first book of the series, this book is my favorite. I'm telling y'all, if there is a minute chance you haven't started the Nothing Special series, and really, if you haven't I don't know if we can be friends, do yourself a HUGE favor and fix that immediately.  You need this book in your life. Like now. 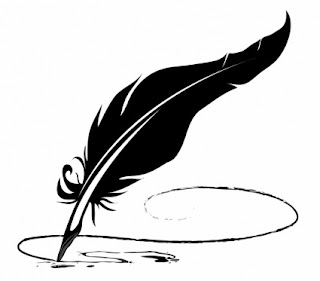 Posted by Diverse Reader at 6:01 PM

Email ThisBlogThis!Share to TwitterShare to FacebookShare to Pinterest
Labels: AE Via, Book of the Week, Erins Reviews, LGBT, MM, Nothing Special V