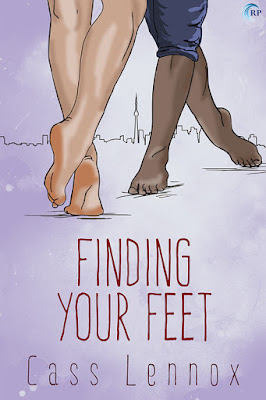 
While on holiday in Toronto, Evie Whitmore planned to sightsee and meet other asexuals, not audition for a dance competition. Now she’s representing Toronto’s newest queer dance studio, despite never having danced before. Not only does she have to spend hours learning her routine, she has to do it with one of the grumpiest men she’s ever met. Tyler turns out to be more than a dedicated dancer, though—he might be the kind of man who can sweep her off her feet, literally and figuratively.

Tyler Davis has spent the last year recovering from an emotionally abusive relationship. So he doesn’t need to be pushed into a rushed routine for a dumb competition. Ticking major representation boxes for being trans and biracial isn’t why he went into dance. But Evie turns out to be a dream student. In fact, she helps him remember just how good partnering can be, in all senses of the word. Teaching her the routine, however, raises ghosts for him, ones he’s not sure he can handle.

Plans change, and people change with them. Learning a few steps is one thing; learning to trust again is another entirely.

How to Draw a Chibi Godzilla, Evie-style

Evie doodles in her spare time, and at one point she takes Tyler through a chibi Godzilla drawing. ‘Chibi’ is a Japanese slang word that refers to a short/small (in height) person, but with connotations of cute. In terms of manga and anime (Japanese comic art and animation) chibi style takes a character and makes it cute for humorous effect – typical elements include an oversized head, big eyes, small or rounded body, and enough distinctive features to make the character recognizable. This is usually utilised for comic shorts or asides at the beginning or end of a manga or anime episode. If you’re interested in learning more, there are plenty of resources online.

Without further ado, a step-by-step guide to drawing a chibi Godzilla from Evie. 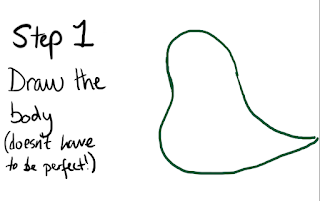 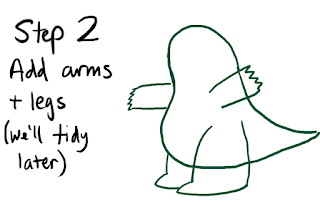 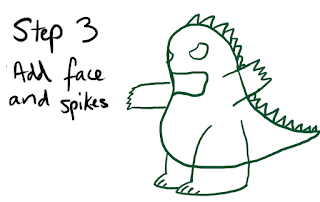 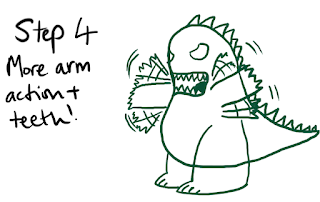 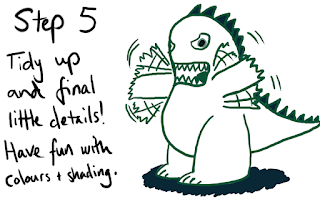 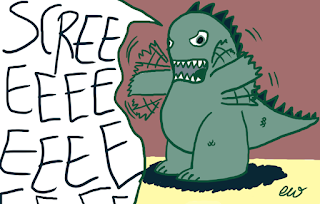 
Cass Lennox is a permanent expat who has lived in more countries than she cares to admit to and suffers from a chronic case of wanderlust as a result. She started writing stories at the tender age of eleven, but would be the first to say that the early years are best left forgotten and unread. A great believer in happy endings, she arrived at queer romance via fantasy, science fiction, literary fiction, and manga, and she can’t believe it took her that long. Her specialties are diverse characters, gooey happy ever afters, and brownies. She’s currently sequestered in a valley in southeast England.

To celebrate the release of Finding Your Feet, one lucky winner will receive $15 in Riptide Publishing credit! Leave a comment with your contact info to enter the contest. Entries close at midnight, Eastern time, on January 21, 2017. Contest is NOT restricted to U.S. entries. Thanks for following the tour, and don’t forget to leave your contact info!

Posted by Diverse Reader at 7:54 AM