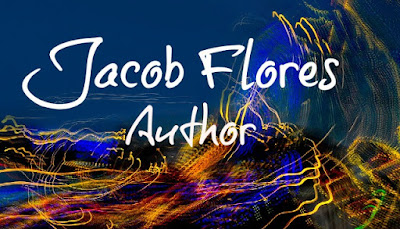 It's such an amazing treat to have Jacob Flores as my Saturday Author Spotlight! He's written outstanding books such as The Gifted One, Provincetown series, Please Remember Me, and The Warlock Brothers of Havenbridge series. And so many more. We will take a look at some of Jacob's work, do an interview, that I have to say was a lot of fun, and end it all with a giveaway. Let's get this show on the road! 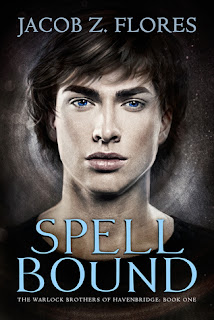 Mason Blackmoor just can’t compete with his brothers, much less his father. They represent the epitome of black magic, strong, dark, and wicked, and though Mason tries to live up to his respected lineage, most of the spells he casts go awry. To make matters worse, his active power has yet to kick in. While his brothers wield lightning and harness the cold, Mason sits on the sidelines, waiting for the moment when he can finally enter the magical game.

When a dead body is discovered on the football field of his high school, Mason meets Drake Carpenter, the new kid in town. Drake’s confident demeanor and quick wit rub Mason the wrong way. Drake is far too self-assured for someone without an ounce of magical blood in his body, and Mason aims to teach him a lesson—like turn him into a roach. And if he’s lucky, maybe this time Mason won’t be the one turned into an insect.

Not surprisingly, the dislike is mutual, and Drake does nothing to dispel Mason’s suspicion that the sexy boy with a southern drawl is somehow connected to the murder.

If only Mason didn’t find himself inexplicably spellbound whenever they are together, they might actually find out what danger hides in the shadows. 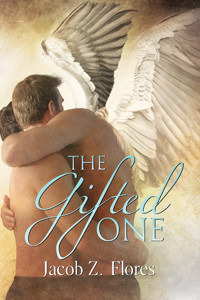 As his birthday approaches, Matthew Westlake fears more than just growing a year older. He fears never seeing another year at all. Each birthday brings a close call with death, leaving holes in his memory, recurring nightmares, and one more glimpse of his guardian angel. This birthday Matt must stand against ancient evils that have hounded him since birth, because he is a Gifted One—a seventh son of a seventh son.

Within Matt rests the unlocked potential of a force for good, but it also makes him a target. Being the Gifted One and dodging demonic attacks aren’t Matt’s only problems, though. He’s fallen in love with his protector, the Archangel Gabriel, and Heaven will condemn that love to save Matt’s soul. But Heaven doesn’t count on Gabriel loving Matt in return, defying divine law and placing them in danger from demons and angels alike. 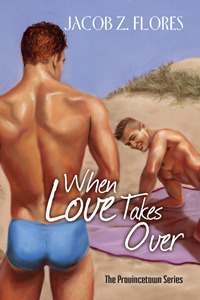 Thank you so much, Jacob, for being here today and for enduring my many questions.  My questions aren’t too horrible. A bit scattered. I never know where there going until I start asking them. So good luck lol.

Thank YOU for having me here today, and I’m sure the questions will be just fine. I understand about being scattered. With a full time job, a daughter, a man, and writing, my plate is quite full. I sometimes run into myself in the hallway!

You say in your bio, you live a double life. English professor by day and a writer of man on man romance by night. I’d love to know, which came first. Teaching or writing? And did the other inspire you to do the other?

Writing has always been my passion. I started when I was a kid but back then I wrote comic books. I used to sit at my grandmother’s dining room table for hours just writing story after story, and I would actually rush through my homework so I could write more. It was wonderful or so I thought. My uncle, who was only about eight years older and more of a brother, thought it was weird, but I didn’t care. I taught myself a lot through those comic books. I learned about cliff hangers, plot development, and character growth to name a few.  Being an author is what I have always wanted to do. Teaching is what I decided to do. I do enjoy teaching. I work with wonderful people and get to interact with some amazing students, but I’d be lying if I said teaching was my passion. That has always been writing.

Just as your books inspire authors, what authors or books have inspired you?

The most influential author in my life has been Sandra Cisneros. I’d always wanted to be an author, but I never thought it was possible. I grew up in the barrio of San Antonio, TX, and I didn’t think I had a voice anyone would want to read. Then I came across The House on Mango Street, and my world changed. Here was someone writing about my culture and in a voice I’d grown up listening to. It really inspired me to get my voice out there.

Do you have a favorite conference/ convention you attend, what is it?

Oh my God! GRL. I love it! I’ve met so many wonderful readers and authors there, and I’ve developed some pretty great friendships there as well. It’s less of a conference and more of a homecoming. This year, the conference is in San Diego, and I can’t wait. Thankfully, it’s only a few days away.
I will be attending RT for the first time in 2016. It’s a huge conference, and I’m a bit intimidated. Still, I’m looking forward to the new friendships I’ll make there.

What’s the most crazy, insane, absurd thing you’ve done to try and get out of writers block?

Bribe my muse with vodka and cookies. It happens all the time and it always works. He’s such a slut for alcohol and sweets. I have no idea where he gets that from!

If you had to choose one of your books to become a major motion picture, which would you choose and who would you cast?

Hmm. That’s a tough one. If I have to choose one, I’d choose Spell Bound, the first book of the Warlock Brothers of Havenbridge series. I chose that one, hoping that they would make the rest of the books in the series into movies as well. Haha!
As for who I would cast, that’s easy. I’d cast Ian Somerhalder as Mason Blackmoor and Zac Efron as Drake Carpenter.

What literary character is most like you and why?

I’ve never been asked this question before, and I really have no clue. I’d love to say someone awesome like Sherlock Holmes or King Arthur, but I’m probably a cross between Veruca Salt and Huckleberry Finn.
I like to buck authority like Huck, but sometimes getting the golden goose is all that matters.

There’s a belief that in order to sell books, in a way, you have to sell yourself. But there are many very introverted authors out there who simply can’t put themselves out there like so many do. What advice could you give them?

I understand completely. I’m actually an introvert as well. It’s not easy putting yourself out there, but it’s necessary. Readers fall in love with authors as much as they do the books, so it’s important for authors to interact with readers.
I recommend starting small, establish that social media account and become involved in the community and with readers. That one small step will open many more doors and many other paths toward self-promotion.

I actually just finished the first book of a new contemporary romance series that I have pitched to Dreamspinner’s new imprint Dreamspun Desires. I can’t talk too much about it right now, but I can tell you all books center around one major theme—weddings!
Now that that manuscript is complete, I will start writing the fourth book of the Warlock Brothers of Havenbridge series called Spell Fall. I can’t wait to get started on that one. I closed up a big plot device in book 3, but I paved the way for a whole lot more to come.

Have you ever had a dream that has inspired one or more of your books?

I actually have. It was The Gifted One, the second book I wrote for Dreamspinner. I had a dream where I was trapped in a room and a monster was on the other side of a locked door, trying to get in. The darkness around me was alive and something threatening was after me. I had no idea what it was or where I was. Then, the door opened at the same time a bright light appeared behind me. I woke up asking myself: what was after me? Who brought the light?
My answers turned into one of my very favorite books about a man who falls in love with his guardian angel.

You can follow my musings on my blog at http://jacobzflores.com or become a part of my social media network by visiting http://www.facebook.com/jacob.flores2 or  http://twitter.com/#!/JacobZFlores.

Google Plus:
https://plus.google.com/u/0/+JacobFlores9595/posts
Thank you, Jacob for talking with me.

Thank you for hosting me today. I’ve had a great time, and I hope to be invited back soon.

One person will have the chance to win their choice of any Jacob Flores book.
Simply fill out the rafflecopter below. Contest ends October 9th!
Winner will be contacted via email so please check your spam!
Have fun and good luck.

a Rafflecopter giveaway
Posted by Diverse Reader at 5:49 AM