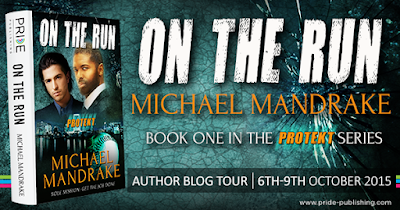 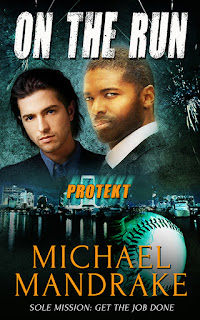 Who would’ve thought that a British hitman would fall in lust at first sight with an American felon? It could become deadly for both.
Aiden Moriarty is a Florida ‘herbalist’ who works with a performance-enhancing drug used by many athletes. One of them is baseball star Ivan Salerno, who was caught using the drug and is now on the brink of getting suspended. Because of Ivan’s connections with a rogue mob boss, Aiden is taken into a witness-protection program, working along with baseball higher-ups until he testifies.
The mob boss, Augustine Ora, has hired former British military officer and his best hitman Devlin ‘Brit’ Crawford to do the job. Ora has instructed Devlin to go to Miami, kidnap Aiden and take him to the local airport to be transported to Havana, Cuba, to be executed by Ora’s top officers.
However, when Devlin receives the email, the pictures of the blue-eyed felon catch his eye and he is moved to go in a different direction. Instead of delivering Aiden to the airport, he has thoughts of taking him away and saving him from Ora’s wrath.
This move puts himself and Aiden, as well as his assistant, Miranda Ashley, in huge danger. Will Devlin keep Aiden safe despite the odds, or will he fail, causing Ora and his men to come after him?
Reader Advisory: This book contains the use of racial slurs.
General Release Date: 6th October 2015

Excerpt On the Run:

“I…” Aiden’s breath caught in his chest, tightening until he could barely breathe. He knew Brit wanted to get Ora, and in all honesty, so did he. Sure, Aiden desired to tell the story and clear his name, but being with Brit—even if it meant complete boredom—was becoming a lot more important. “Brit, please.”
“No, don’t do that, Aiden. Believe me, I have confidence that I’ll make it out fine, but just in case I don’t…”
“You’re not going without me, Brit. I don’t care if I have to jump on the back of that truck. Ora’s a dangerous dude, and you might need my help or Miranda’s.”
Brit turned, eyes narrowed, folding his arms over his broad chest. “Really, Aiden? If anything, I’d say m’girl’s help, but I need her to drive you to my contact.”
“Oh, so now you’re discrediting me because I’m not a gun-slinging crazy like Miranda?”
“No, not at all, Aiden, but I doubt you’d be helpful, m’kay? Ora would kill you on sight, just to make sure Ivan gets away scot-free.”
Aiden shook his head, knowing that was true. “Maybe, but…” Aiden ran his hand through his hair and closed his eyes. Brit was being so damn stubborn, but Aiden found it extremely sexy. “Like I said, I’m not doing a damn thing without knowing you’re okay. I know it’s only been a few days, but I feel something for you.”
Brit stepped forward, closing the space between them. Brit’s dark brown eyes met his gaze and Brit reached up, cradling Aiden’s cheeks in his large hands. He moved Aiden’s hand out of his line of vision and inched close, so close their lips were nearly touching. “As I do for you, Aiden,” Brit whispered and slinked his hand around his neck.
Aiden focused on Brit’s mouth and swiped his tongue over his own top lip.
Damn.
Brit’s thick lips parted for him, inviting Aiden to do just what he’d desired to do the first day they met. He gripped Brit’s broad shoulders, massaging them while he pulled Brit close, making sure he wouldn’t step back and stop him from what he ultimately wanted. “You’re not running from me this time, Brit.”
“Do you see me going anywhere?”
Aiden smiled wryly, yanking Brit into his body, crashing them together. The impact nearly knocked the wind out of Aiden, but he enjoyed it nonetheless. He stared into Brit’s eyes, seeing the intensity there, the heat meaning he had to feel the same way. Aiden couldn’t help but melt at the sight and before he knew it, his mouth crushed Brit’s head-on, driving the larger man slightly off his feet.
God damn.

Buy link for On the Run: https://www.pride-publishing.com/book/on-the-run


This is the first time I've read anything by Michael Mandrake. I was thoroughly intrigued from the very beginning. The blurb grabbed me and I was over the moon excited to read it.

I loved the premise of this book. The hitman (Devlin Crawford) falling for the crook/ target (Aiden Moriarty) and with the help of Devlin's wife/friend/ partner (Miranda Ashley) they are going to fight against the odds to beat a huge mob boss! What's not to love about that?

Here was my main issue. I'm never a fan of insta love and though it was more insta lust it was a bit unbelievable. The chemistry didn't work and the dialog wasn't working with the scenes. I couldn't get into these characters. I tried so very hard. And I did adore Aiden. There was something about him that spoke to me.

Great plot. I love the ideas and the pacing was good but emotionally it fell a little flat for me. I will also say the grammar was great I had zero issues. I think the chemistry and dialog were my main issues. But it was entertaining that's for sure.

Writing for Yourself or Writing to Market
Michael Mandrake

We as authors have heard this many times before. Do we write for ourselves or do we pen books according to what sells? First, before you determine what area you fall into, what do they mean?

When writing for yourself, you write what you and your muses and/or characters enjoy. In my opinion, it means the Amazon bestsellers charts don’t influence anything you write. The hot tropes don’t faze you no matter how popular they are. You, as the author, do what you can to promote and make it successful.

Writing to market is following trends. You look at books in the top twenty and craft a book on that same genre or subgenre hoping it’ll be a bestseller too. When readers want another vampire who doesn’t sparkle, you write that book! And hopefully, your wonderful bloodsucker is the new anti-Twilight.

In both cases, what is the common thread? Hope. Luck. Whatever you want to call it. All authors whether they write for market or for themselves seek to have a popular release. It might not be 50 Shades popular, but being seen on bestsellers lists is a big boost for one’s already fragile ego.

Looking at myself, I can say I’m more of a hybrid. I do write for myself and my characters first, but I also pay attention to the market. That doesn’t mean I jump on the next bandwagon, unless it fits what I like to write.

In m/m, I’ve seen a lot of readers ask for more shifters. Though I’ve read a few and seen many authors be successful with that subgenre, shifters aren’t high on my try list. I have done one for an anthology, but I have no interest in doing them on the regular.

Another is MPreg. I haven’t read many, but I could definitely see this as something I’d try. Yet and still, it isn’t high on my writing list either.

More paranormal, maybe some sci-fi, speculative fiction. More crime suspense and mystery, with gay male characters. Yes, my Michael muse has been begging for it and although it means a lot more tireless research, I’m game for it.

To close, I don’t feel there’s anything wrong with writing to market or for yourself. As an author, you should do what works best for you. The most important thing is to keep writing and learning your craft and hopefully, we will all gain some readers along the way. 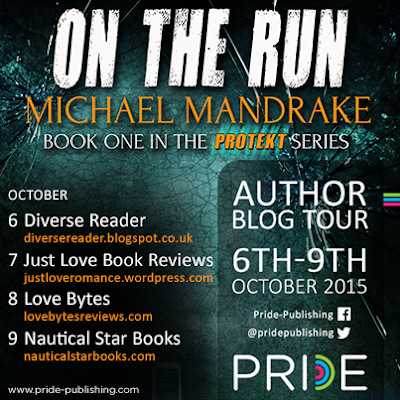 About Michael Mandrake:
Michael Mandrake pens complex characters who are already comfortable in their sexuality. Thorough these characters, he builds worlds not centered on erotica but rather the mainstream plots we might encounter in everyday life through personal experiences or the media.
To find out more please visit Michael's website. You can also check out Michael's blog, Facebook, Twitter, Goodreads, Pinterest, Instagram,Tumblr and Ello.

Enter Pride Publishing’s October blog tour competition for the chance to win an eBook of your choice, not including boxsets or anthologies.