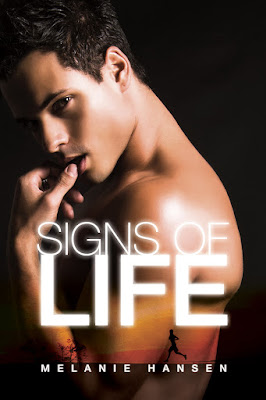 Blurb
Successful lawyer Jeremy Speer has it all—a loving husband, a beautiful home, and a cherished dream that’s about to become reality. He’s learned not to take happiness for granted, meeting the challenges of life and love head-on with unwavering commitment and fierce devotion. A series of tragic events leave Jeremy shattered, adrift on a sea of unimaginable pain. He’s able to piece his life back together, but instead of embracing it, he merely exists, using isolation and punishing physical exertion to keep the world at bay.

High school teacher Kai Daniels has a heart for at-risk kids—he was one himself, and a teenage brush with the law and some troubled years behind bars left him scarred inside and out. With courage, hard work, and the support of friends, he’s built a fulfilling life that leaves no time for a relationship.

An intense encounter with Kai at a gay club ignites a spark in Jeremy that he thought was extinguished forever, but he’s unwilling to destroy the fragile peace he’s managed to create, and he leaves Kai humiliated and disappointed. Things should have ended there, but a bizarre occurrence brings the two together in a way neither of them expected.

Jeremy got as close as he could, the people massed around the bar making it difficult to get next to his target. The man looked Jeremy up and down leisurely, all the way to his feet and back up to his flushed and burning face; then he slowly spread his knees wide, making room for Jeremy between them. Jeremy moved in, feeling like he was strangling, his chest tight, the need to touch, kiss, lick and bite overwhelming him.
“Hey,” the man said, his voice deep and husky, lightly accented.
Jeremy swallowed, then nodded, all of his senses focused on the heat of the man’s body close to his, the way his legs looked splayed around Jeremy’s hips.
“Are you here with anyone?” he asked, annoyed at how abrupt his voice sounded. He wasn’t used to making small talk anymore, wasn’t used to the mating dance between strangers. It had been so easy with Brent: a backyard barbeque with friends, an introduction, mutual attraction and easy conversation leading to an invitation to dinner. They hadn’t spent more than a day or two apart after that.
The thought of Brent was like ice water on his ardor, and he could feel himself shutting down, wondering what the hell he was doing. Just as he was about to take a step back and leave, he felt the man settle his warm hands on his hips, stroking the skin between his shirt and the waistband of his jeans with a rough thumb.
“Just a friend,” the man said softly. Jeremy struggled to focus, remembering he’d just asked if he was here with anyone. The thumb caressing Jeremy’s sensitive skin was rough, callused, and it felt so good. It had been so long since he’d been touched….
Jeremy took a deep breath. He could do this… he wanted to do this. It was just fucking, just mutual pleasure with a willing stranger, a stranger he would never lay eyes on again. Purging his thoughts of anything except need, lust, he laid his hands high on the man’s splayed thighs, drawing circles with this thumbs along the inner seam of his jeans, flirting with his crotch but not quite touching.
“I want to fuck you,” Jeremy blurted, hating himself for his ineptness, his cheeks flushing hotter as the man’s amazing eyes filled with amusement.
“Yeah, I got that, amigo,” he said, tightening his grip on Jeremy’s hips to keep him from moving away. “And I want to let you.” 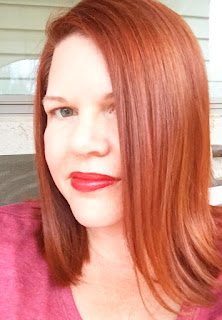 Author Info
Melanie Hansen has spent time in Texas and Florida prisons…for work.   She’s been in a room with a 17-year-old mass murderer who was also one of the most soft-spoken and polite teenagers she’s ever met.  After a 13-year career as a court reporter, she can tell many stories both hilarious and heartbreaking.
She grew up with an Air Force dad, and ended up marrying a Navy man.  After living and working all over the country, she hopes to bring these rich and varied life experiences to her stories about people finding love amidst real-life struggles.
Melanie left the stressful world of the courtroom behind and now enjoys a rewarding career transcribing for a deaf student.  She currently lives in Arizona with her husband and two sons.
Website | Facebook | Twitter | GoodReads