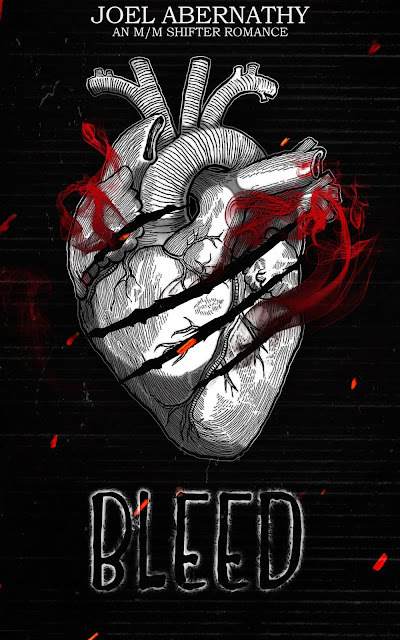 Vengeance.
My purpose, carved deeper into my soul than the names carved into my flesh.
Dominic.
The man who took everything from me, my own personal devil in shifting flesh.
Ursache.
My pack. The high-born family of wolves I’ve sworn my life to protect, even if my dying breath is pledged to another.
Mason…
My everything. Friend, confidant, enemy, lover. Most dangerous of all, he would become the reason I lived if I let him. He is the one thing I won’t allow Dominic to take from me. Love is not a luxury I can afford, but the sweetness of revenge has nothing on the taste of him…
This is the second book in the Flesh and Bone series, and the books are meant to be read in order. "Bleed" is an MM shifter romance with no MPREG. Readers 18+ only.

“And where would you go?” I challenged. “You’re not running from a person, you’re running from what you wish you had.”
“And what is that?”
“Your father’s respect as a man,” I answered, even though he didn’t want me to. “You think you’re going to earn that by running away?”
“I’ve been trying to earn it all my life,” he spat. “It leads nowhere. I might as well start living for myself.”
“You might. And if you did, I wouldn’t blame you,” I admitted. “But you won’t.”
His eyes smoldered. “And you know that how?”
“Because I know you,” I replied, pressing his hands to the brick. His eyes widened in surprise, and I stopped short of kissing him, letting myself study his features instead. He was incredible out here in the moonlight, and I wanted to tear his clothes off so the light could kiss every inch of him I longed to touch. “You don’t just give your life to this pack to make your father happy. You do it because it’s in your blood. You are an Ursache through and through, and the heart of this pack beats in you. You can’t leave it any more than you can leave yourself.”
“And you?” His eyes burned, daring me to tell the truth. “You’ve been planning your exit since we were kids. Planning to leave me and everything else behind.”
I looked away because I couldn’t meet his eyes and deny the truth.
“Just be enough of a man to say it,” he demanded bitterly. “If that had been Dominic you saw tonight, you’d already be gone and I would never see you again.”
“What do you want me to say, Mason? That I’m going to stay here forever and just forget the man who killed my family?”
He stared at me and just when I was sure he was going to push me away and tell me to fuck off, he kissed me. He kissed me and I was too shocked to kiss him back until he pulled away. “What was that for?”
“I love you.” Another sucker punch. How was I supposed to respond to that? Those words I’d only heard in my dreams.
“I…how long?” It was the only thing I could think of to ask, even though I knew there were four words I should have said first.
“Since we were kids,” he answered, stuffing his hands in the pockets of his coat. No hesitation. “Since you kissed me by the river just for the hell of it and started laughing.”
The memory was lodged in my brain somewhere between the last day of school and the first time I killed someone. I’d all but forgotten, but it was obvious that he hadn’t. I didn’t know what to say.
The weight of what we were doing came down on me. Yes, I was drunk on the thrill of it, and I wanted to chase that high as far as I could, but I’d never given any thought to the fact that when it all came crashing down, he and I would be falling from different heights.
“Mason, I’m sorry. I had no idea, I…”
“It’s fine. You don’t owe me anything,” he said, shrugging. “You didn’t back then and you certainly don’t now. I’ve tried to change the way I feel about you ever since then, because even when we were kids, I knew it wasn’t going to lead anywhere. Then, when you went away on that mission and came back a different person, I knew your heart belonged to someone else, even if it was only filled with hatred. I accepted it, but it doesn’t change the fact that mine is never going to belong to anyone else.”
I swallowed all the things I wanted to say. Things that would make it better in the moment, even if they made it so much worse in the long run.
He was right, no matter what my heart said. Out of the two of us, he was the only one thinking logically. One day, it really would be more than a hallucination. Dominic would come around and we both had a date with death. There was no room in my heart for what Mason was talking about. What he already claimed to feel for me.
I wished it were different. God, I wished it were different, but it wasn’t and it was cruel of me to expect him to play pretend for the time being when it had never been a game for him at all.
“You’re right,” he said, clearing his throat. “I should go inside.”
I watched him walk through the doors and even though I was still a member of the Ursache pack for the foreseeable future, I had never felt more on the outside of it.

Also By This Author 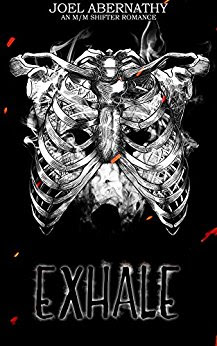 Falling for “the other man” in my marriage was never part of the plan. Then again, according to Nicolae Ursache, I am the other man, and human wedding vows don’t apply. Not to werewolves.

Nicolae is a smug, arrogant alpha male stereotype--and I do mean alpha in the literal sense--but when the same people who killed my wife kidnap my teenage daughter, he’s my only chance at getting her back. The fact that Nicolae was my wife’s rightful mate means that we share a mutual interest in bringing Ellie home, but I never could’ve imagined how he planned to do it.

I will do anything to protect my daughter. Even if it means becoming the plaything, or worse, of the man I loathe most.
-
This dark shifter romance contains material suitable for adult audiences only. It is a standalone with full resolution.

Posted by Diverse Reader at 2:30 PM