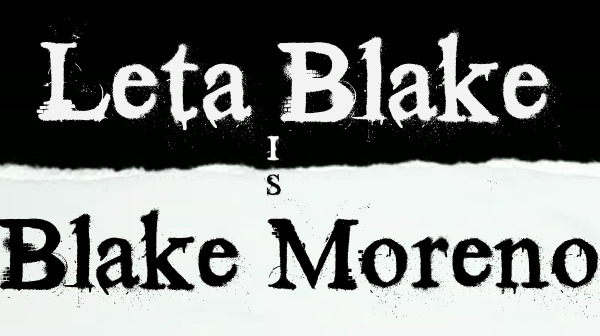 Diverse Reader would like to welcome Leta Blake here today as a special guest. She's here with an announcement that may surprise some and may not surprise others. Please take a moment to read her post. Thank you.

Back in January, I released a book called The Difference Between under the pen name Blake Moreno. It’s a dark book requiring a very thorough trigger warning, but it’s also quite romantic in many ways.

WHY A NEW PEN NAME, LETA?

For a long time, I’ve been struggling with the idea of brand and expectations. I’ve felt limited in the last few years by what I see as the Leta Blake brand, and a stifling fear that if I put out “off-brand” books I’ll lose readers. It was to the point that I had several mostly-finished books on my hard drive (and still do) that I didn’t trust to put out. They weren’t the “right” book for Leta Blake to release next.

And when it came to The Difference Between in particular, with its triggering start and what it says about me, and my own traumas, I was terrified to release it as Leta Blake. I didn’t want my mother, my aunt, or even some of my friends reading the book and…feeling whatever they were going to feel, thinking whatever they were going to think. I wanted this book to go out into the wild by itself. Unattached. On it’s own. Braver than I am.

I’d been toying with using the name Blake Moreno (which means ‘dark’) to release another book of mine that’s been lingering for years on my heard drive. (And I will use that name to release it sometime in the next year or so.) So, in the dark of this past winter, licking my wounds over a few hard releases, and in fear that I’d revealed way too much with this book, I chose to publish with that pen name instead.

As someone who’s been catfished more than once online, I was very careful. I kept everything gender neutral (and given my own gender identity, that makes sense on multiple levels) and true. However, I still had a weird, lingering feeling that I was withholding or even being deceitful by not being completely open about Blake Moreno being another pen name for Leta Blake.

It took a few months, though, for me to be okay with revealing that this book is mine. I’m there now and ready to discuss it all much more publicly. While I’ve never denied that Blake Moreno is another of my pen names, I haven’t been mouthy about it either. From now on, I think that will change. I’m more comfortable with the idea of people seeing my shadow side.

WHAT IS THE STORY BEHIND THIS BOOK?

I started writing this book years ago as a gift for a friend based on her request to read about a particular sex act. It was a sex act that I’m not usually a big fan of (but not judgy about! to each their own!) and so I had to do a lot of research, thinking, and more in order to figure out how I wanted to present this act.

Strangely enough, this research opened up a lot of old, deep, gender-related wounds in me, and I fell into a deep hole of trying to figure out my own trauma through exploring the trauma of my characters. I most wanted to tell a story of healing. A story of learning to live with everything that’s been lost. A story of love that transcends change and trauma and fear. I wanted to explore courage in the face of knowing that nothing will ever be what it was. And, to go there, I had to explore the trauma itself.

I will say that in the end my friend didn’t really want the gift I’d made for her and, despite how much that hurt, I can’t really blame her for that. Not everyone wants to take this journey. Heck, I’ve been almost ashamed to own this journey, and I wrote it! So, no, I don’t blame her for not wanting the gift once I was done.

WHAT CAN WE EXPECT FROM A BLAKE MORENO BOOK IN THE FUTURE?

I’m going to use this pen name for books that are either dark, feel “off-brand” for Leta Blake, or are not your standard romance fare. However, I will probably promote the books going forward as both Leta Blake and Blake Moreno.

WHAT IS THE BOOK ABOUT?

I’d like to thank Meredith for hosting me today. I appreciate Diverse Reader for letting me talk about The Difference Between and my new, occasional pen name—Blake Moreno. Thank you, readers, for having a look and considering this new book of mine!

"You're the strongest person I know.”


Wade Maguire and Russ Paulson are in love. After a year of passion and happiness, they’re buying a home and moving in together. Everything is rosy for them—until a jealous and insane ex from Wade’s past puts all of that to the test.

"I need to figure out if there’s a way to move past this. For both of us.”


After being kidnapped and tortured by his deranged former lover, Wade loses his ability to engage with his own sexuality or with Russ. With the help of a psychologist, EMDR therapy, and a sex plan, they work together to overcome the damage inflicted. In the process, they discover wells of love they’ve never known before.

“You never deserved what happened to you. No matter what you’ve told yourself. You only deserved love.”

Dark, and yet ultimately hopeful, this story of true love and rape recovery contains many emotional and graphic scenes of two men making love, as well as some intense scenes of torture. Proceed with care.

The Difference Between is a 78,000 word steamy, graphic, intensely emotional novel with a strong happy ending. No cheating and no cliffhangers, just two men who fight for their love. STAND-ALONE 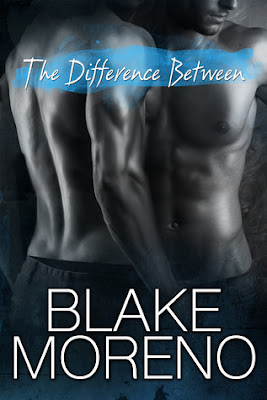 Purchase Link
Posted by Diverse Reader at 4:50 AM