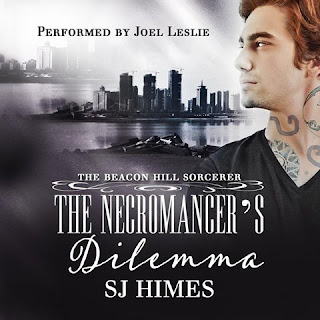 Even love can die without trust.

Angel’s brother, Isaac, has returned home, and the pair begin to make slow and awkward attempts back to each other. Learning how to be a brother to a grown man instead of a parental figure has Angel adjusting his behaviors and habits, and Isaac still remains a mystery. Was it merely entering adulthood that turned Isaac away from an overprotective Angel, or does Isaac carry a secret that will keep them from finally being a real family?
Daniel Macavoy, Angel’s new apprentice, is torn between his bond with Angel and the grasping machinations of his father. Dealing with a traumatized apprentice with dangerous holes in his magical education, saving Daniel may be harder than Angel first thought—especially since the biggest problem is not revenge, but guilt.
The one shining beacon in his life is Simeon, Elder vampire of Boston’s only Bloodclan. Four hundred years old and sexy as sin, Simeon is warrior and sage, patient and cunning. The strength Angel draws from Simeon’s devotion and the newborn mate-bond between them is steadfast and true…and the fount of death magic that animates the undead lord places Angel in the midst of a power struggle for control over himself, his lover, and his family.
Through it all, Angel is beleaguered by the unwanted attention of a troll-hybrid, the adventures of a dragon in the city, and a serial killer has decided to hunt the back alleys and midnight streets of Boston.

The entire back of the boy’s hand was split open by the intense heat, the skin white and thick, the flesh beneath cooked by the magic spike that turned the kettle and its contents into a kitchen supernova. The heat curled in his fingers, and the flesh was weeping fluids. Blisters distorted the edges of the worst of it, the flesh red and warped all the way up the back of his hand to his wrist. The curling of the hand was so severe he couldn’t see how badly Daniel’s palm was injured.
“Isaac, never mind, I need you here.” A burn this bad was not life threatening— not yet— Daniel was going into shock, but he wasn’t hovering on the edge of death, so Angel was unable to heal him. This injury was caused by intense and powerful heat— and so was under the purview of any practitioner with fire affinity. “You need to heal this.”
“I’m not a healer!” Isaac gasped out, but he came anyway. Angel grabbed his brother and yanked him down so they were both kneeling by Daniel’s hand. Angel held Daniel’s arm aloft, and put his other on Isaac’s shoulder.
“Isaac, all you need to do is settle into your inner sight, look at Daniel’s hand, and call to the heat in the injuries. The actual temperature has nothing to do with healing— this is a mental exercise that relies on how your brain interprets and processes the injury in his hand. It was caused by heat, and you can reverse the damage,” Angel instructed. He squeezed his hand on Isaac’s shoulder when a wave of uncertainty crossed his features. “No room for doubt. I taught you how to heal fire and heat based injuries before you even got your driver’s license, so don’t lie to yourself and think you can’t do this.”
“How… his hand… how can I fix that?” Isaac whispered, looking sick. 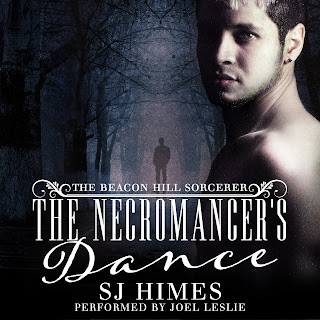 
Synopsis
In a world where magic is real and evil walks amongst humanity, a young sorcerer is beset by enemies, both old and new.
Angelus Salvatore is the only necromancer in all of Boston, and his name is whispered warily by the undead and fellow sorcerers alike. He and his brother Isaac are the lone survivors of an attack by an army of the undead, in which Angel used a spell so powerful it forever marked his place in history. Now, years later, Angel struggles to balance his career as a teacher of the higher magical arts, his role as big brother, and a tenuous relationship with an Elder vampire from the local clan. When his brother's boyfriend is used as a pawn in a mysterious plot to draw Angel out, Angel is once again drawn back into the old hostilities that fueled the Blood Wars and led to his family's death.
Leaning on others for help is something Angel cannot do, and while he searches for clues as to who may be targeting him and his brother, Angel finds his heart steadily growing occupied with Simeon, Elder and vampire. Dealing with death magic and vampires on a daily basis may leave Angel jaded when it comes to life and staying that way, but the more time he spends fending off the ancient vampire's attention and affections, the more he realizes he wants to give in.
Can Angel find out who wants him dead, and keep his heart safe in the process? How can he fall for a vampire, when his whole family was torn apart by an army of the undead? Death stalks the streets of Boston's historic Beacon Hill...and there is no one more suited to battle against death than a necromancer.


Listen to an audio teaser from The Necromancer’s Dance at Soundcloud. 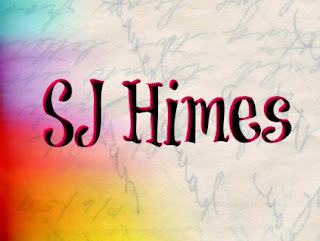 About the Author
I'm a self-employed writer who stresses out about the silliest things, like whether or not I got my dog the best kind of snack and the fact my kindle battery tends to die when I'm at the best part in a book. I write mainly gay romance, erotica, and urban fantasy, with ocasional forays into contemporary and paranormal. I love a book heavy on plot and character evolution, and throw in some magic, and that's perfection. My current series are: The Beacon Hill Sorcerer, Bred For Love (as Revella Hawthorne), and The Wolfkin Saga. My last two novels in the Beacon Hill Sorcerer won 3rd Place in the Gay Fantasy category for the 2016 Rainbow Awards.
I live in New Orleans, where the personalities are big and loud and so are the bugs! New Orleans is rich in cultural history, and the flavor and music of the City is impossible to hide. Before that, I lived all over the United States: Tampa, Western Massachusetts, Indianapolis, and on and on.... I'm a nomad, and I've yet to find a place that calls to me strongly enough to become home. My faithful travel companions are my dog Micah, the numerous voices in my head who insist they all get put on paper, and the wind at my back. 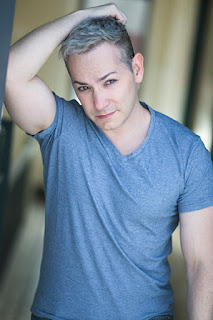 About the Narrator
Joel Leslie is a UK transplant, growing up with American parents in a British commonwealth.  A classically trained actor with an MFA in theatre from USC, he is often cast for his unique ability to deliver native, authentic combinations of American and British sounds.  His great range and ability to bring characters to life with honesty, wit and versatility delights producers and listeners alike.


He is proud to have a strong following with m/m listeners and an ongoing relationship with some of the finest writers in the genre.  He loves that every day he gets to share these beautiful, inspirational and empowering GLBT characters with the world.  When not in the booth he spends his time chasing after two loquacious wiener dogs.