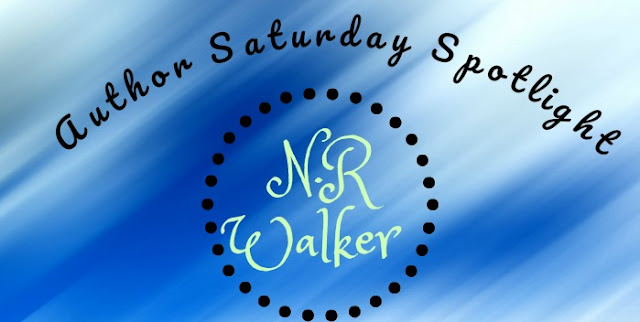 It's that lovely time of week; Author Saturday Spotlight! This week we have the incredibly talented N.R. Walker. If you've never read her, you've at least heard of her... If you've never read her, you must! She's written so many outstanding books such as; the Red Dirt Heart Series, Imago, Cronin's Key Series, The Weight Of It All, and so many more. Today I've strapped her down to ask her some questions and poke around that creative brain a bit. We will take a look at some of her books, and wrap it up with a giveaway. So settle in and enjoy. 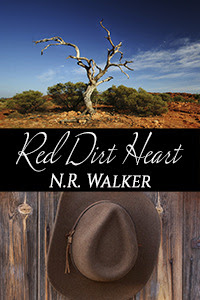 
Welcome to Sutton Station: One of the world’s largest working farms in the middle of Australia – where if the animals and heat don’t kill you first, your heart just might.

Charlie Sutton runs Sutton Station the only way he knows how; the way his father did before him. Determined to keep his head down and his heart in check, Charlie swears the red dirt that surrounds him – isolates him – runs through his veins.

American agronomy student Travis Craig arrives at Sutton Station to see how farmers make a living from one of the harshest environments on earth. But it’s not the barren, brutal and totally beautiful landscapes that capture him so completely, it’s the man with the red dirt heart. 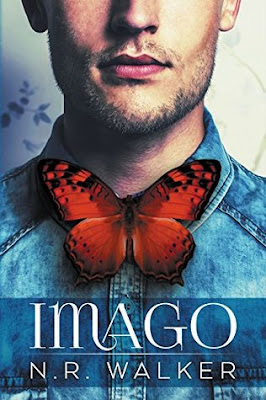 Nerdy, introverted genius lepidopterist, Lawson Gale, is an expert on butterflies. He finds himself in a small town in Tasmania on a quest from an old professor to find an elusive species that may or may not even exist.

Local Parks and Wildlife officer, Jack Brighton, is an ordinary guy who loves his life in the sleepy town of Scottsdale. Along with his Border collie dog, Rosemary, his job, and good friends, he has enough to keep from being lonely.

But then he meets Lawson, and he knows he’s met someone special. There’s more to catching butterflies, Jack realises. Sometimes the most elusive creatures wear bow ties, and sometimes they can’t be caught at all.

Lawson soon learns there are butterflies he can’t learn about it in books. They exist only in a touch, in a kiss, in a smile. He just has to let go first, so these butterflies can fly.

Imago is the story of finding love, bow ties, and butterflies. 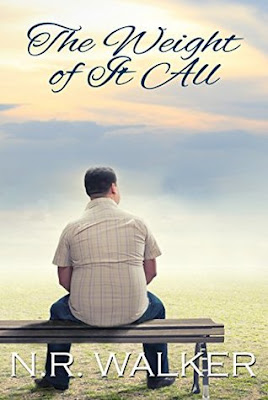 The Weight Of It All

After being dumped by his long-term boyfriend for being overweight, Henry Beckett decides to make some drastic changes. In a vain attempt at getting his boyfriend back, Henry does the most absurdly frightening thing he can think of.

He joins a gym.

Reed Henske is a personal trainer who isn’t sure he’ll ever be ready to date again. He’s sick of guys who are only interested in the perfect body image, never seeing him for who he really is.

As Reed tortures Henry with things like diet and exercise, Henry enamours Reed with recipes and laughter. As the friendship lines start to blur, Henry is convinced there’s no way Thor-like Reed could ever be interested in a guy like him.

Reed just has to convince Henry that life isn’t about reaching your ideal bodyweight. It’s about finding your perfect counterweight. 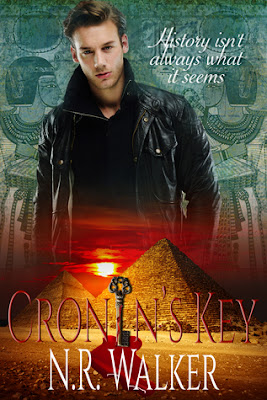 NYPD Detective Alec MacAidan has always been good with weird. After all, his life has been a string of the unexplainable. But when an injured man gives him cryptic clues, then turns to dust in front of him, Alec's view on weird is changed forever.


Click here to see all of N.R. Walker's Books

Thank you so very much for being the Author Saturday Spotlight this week. I’m a huge fan so it’s always wonderful to talk with authors I admire. I have some questions for you and hopefully it won’t be too painful.

It’s a pleasure! Thank you for having me!

You are such an eclectic writer. From The Weight of It All to Imago. I mean I love it. When you started out was this how you knew it would always be or did you have a dream of being one type of writer?

I truly don’t believe writers should be boxed in one sub-genre. If an author wants to write contemporary then do a paranormal, a romcom then an angst-ridden drama, then they absolutely should. I’ll always write romance though – I do love happy endings J  When I started out, I had no clue about which direction I’d go, and to be honest, I still don’t. I just be me. I’ve always said I write the story the characters tell me to write, and that’s still true.  I don’t actually get to choose if my next characters are sun-kissed surfers, or if they’re burned out cops… I just write what I’m told. LOL

The very first book of yours I read was Sixty Five Hours. It’s still a favorite. How do you feel you’ve grown or changed as a writer since that book?

Oh boy, I think (or hope lol) my ability has improved! I loved writing that story, it was so much fun! I think back then (2010-ish) there was no pressure on me to write, or even write well, I guess. I simply just put words on paper and hoped for the best! Now I’m more responsible for what my readers pay for, and rightly so. This isn’t a bad thing - it makes me a better writer! I would hope I understand my art a little better (but not commas, never commas lol) though I’m truly nothing without my pre-readers, editor, and proofreaders.

What were some of your favorite childhood books?

The Little Prince by Antoine de Saint-Exupéry was and will always be a favourite. I loved Judy Blume and Enid Blyton as well.

Of all your series’ which one would you love to see become a cable series?

Red Dirt Heart!  OMG I would DIE to see that!

Can you tell us what you are currently working on or your future projects?

I’ve just finished Yanni’s Story. A 120K word spin-off from the Spencer Cohen Series. It’s currently with my editor and should be out in late August, all things going well.

I know this is a difficult question so do the best you can. Who are some authors in this genre who are one clicks for you?

Okay, N.R. thank you so much for talking with me today.

Thank you for having me!!

Contest will end on July 28th!
Thank you to N.R. for being here today.


a Rafflecopter giveaway
Posted by Diverse Reader at 6:39 AM