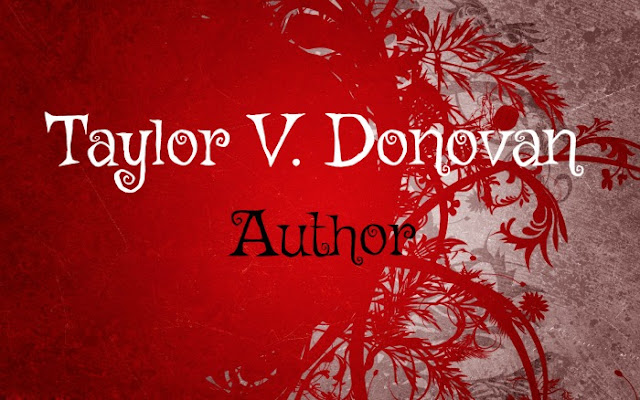 Happy Saturday one and all!!!! It's Author Saturday Spotlight time! YAY! Today the truly lovely and equally talented Taylor V. Donovan is dazzling us with a fantastic interview, a look at some of her work, and a new book coming at you this February! A lot of amazing here! So kick back and relax and enjoy the spotlight! 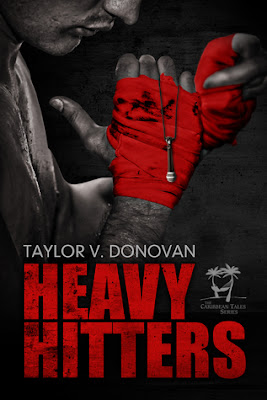 
His toughest opponent is himself.

World boxing champion Santino Malavé González has been fighting since he was a kid. Poverty, domestic violence, and emotional abuse were early contenders. Guilt and self-loathing were beaten into him at an impressionable age, and now machismo, an integral part of the Latino culture, rules his existence. In the ring he’s undefeated, but being born with a nervous system genetically designed to be more sensitive to subtleties, emotions, and pain, life outside the ropes constantly hits him below the belt. Prone to hiding and protecting himself, it takes several sucker punches from his best friend to finally knock some sense into him and force him to face his true nature like a real man.

A natural born entertainer, Luca Jenaro Betancur Ferrer has grown up serving God, performing, pursuing a career in music, and celebrating life among his tight-knit Catholic family under the scorching Puerto Rican sun. Singing the wrong note on stage is not a mistake the multi-platinum award-winning singer would ever allow. Falling in love with a man is not a transgression his devout family may ever accept. The ties that bind him are strong, but the pull toward his childhood best friend may just be enough to tear it all to shreds.

Anger, mistakes, bigotry, and the need to conform put up a good fight throughout their life journeys. Their religious and chauvinistic society constantly challenges their pursuit of happiness, and only time will tell if their relationship will survive the battles, or if they’ll lose each other by technical knockout. 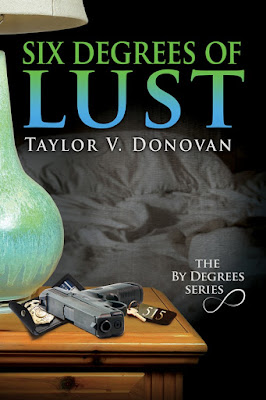 By Degrees is an ensemble character series with multiple points of view.

New York City FBI team leader Samuel Shaughnessy lives for his immediate family and his job. After a marriage gone wrong, he has stuck to a firm rule when it comes to relationships: he doesn't have them. Sexually active and emotionally unavailable keeps him satisfied, especially now that he is in hot pursuit of a serial killer targeting gay men.

Former firefighter Machlan O'Bannon now manages a successful sports bar in Houston, and after years of waiting, he’s ready to stand up and be the man he always wanted to be: out, proud and drama-free. His politically-aligned family wants to keep him locked in the closet, but Mac just wants to meet the man of his dreams.

One man is as high strung as the other is laid back. A chance meeting brings them together, and one night of passion ignites a fire neither can fight. Their lives are not only miles apart, but as different as day and night. They don't want to get involved, but they might not be able to keep apart. 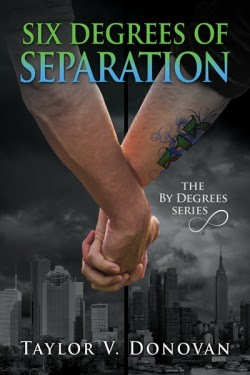 FBI team leader Samuel Shaughnessy and bar manager Machlan O’Bannon are exploring a new phase in their nonrelationship. The intention is to take it slowly, but power plays are still their favorite activity, and it isn’t long before lines begin blurring. After ending their friends-with-benefits agreement, no rules are left in place to guide them, and soon the only thing that’s clear is that neither man is fighting hard enough to reestablish the boundaries.

Their situations haven’t improved in the three months since their first encounter. Sam is still focused on his immediate family issues, and everything indicates Mac will have to go to war with his own family before he can reclaim his freedom. The last thing they need is additional complications.

But when the opening of a nightclub brings Mac to New York City and a break in the Leviticus investigation leads Sam to Houston, they discover how closely their worlds have been connected from the beginning. Hiding from the life-altering collision is not an option. They can take the easier road and go their separate ways or come to terms with their pasts and take a chance on each other.

Thank you, Taylor, for being our spotlight author this fine Saturday. It’s such a wonderful treat being able to talk to you. I remember meeting you at the Rainbow Book Fair 2 years ago. It was so freaking hot and you had this fan you were using to get cool. Everyone wanted to steal it and you guarded that like the Holy Grail lol. So it’s fun to talk with you. Some questions for you.

LOL I never leave home without my fan! It keeps me cool and collected, and makes me very popular, too. *g* Hello everyone. Thanks for having me!

First, tell us 3 things about yourself we won’t read on your bio?

Let’s see… I’m Puerto Rican, born and raised. I love history, as in I’m obsessed with The Tudors, The Borgias, and King Tut, and last but not least, I live for K-pop.

You just rereleased Six Degrees of Lust. It’s book one in your By Degrees Series. An amazing series by the way! I’m assuming they are all being rereleased. Have you made significant changes to them and what’s the release schedule for this series look like?

Thank you! Glad to hear you’re enjoying it. J

Six Degrees of Lust was tightened, and all the little things I missed the first time around were corrected. The plot remains the same. I didn’t add or change story lines, but I included a scene I had released as an interlude freebie (60 Percent Proof) and Logan’s character was fleshed out to reflect the subtle additions to Six Degrees of Separation, which went through the same process as “Lust.”

Six Degrees of Agony, the third installment in the series, should be released later this year, and I’m hoping we get two more books in 2018. I’d like to say three, but don’t want to let anyone down. L

What would you say is the biggest struggle for a writer in this genre, and what have you done to make it as stressless as possible?

For me, personally, the biggest struggle was keeping in mind my reasons for writing. This started as a hobby for me. It helped me take my mind out of things when my life was in turmoil. Then Six Degrees of Lust came out. I began getting positive reviews and e-mails from my readers, and all of a sudden I started…freaking out. I was terrified of letting my readers down with a subpar sophomore book, and I put all kinds of pressure on myself. I stopped enjoying the process of writing, and I had to take a break. Now I’m back to writing for pleasure, and that helps. I will never be stress-free. I’m much too anal about my stories for that, but I enjoy writing…for the most part. *g*

How were your holidays? Care to tell us how you spent them?

They were quiet! I was home, sick, binging on Netflix. I did have some Coquito, though. If you don’t know what that is, look it up. Better yet, find a Puerto Rican that’ll make you some. You’ll love it!

Are you attending any conferences or conventions in 2017?
As of right now I’m planning on attending the Create Something Magical Conference in March, and GayRomLit in October. Fingers crossed!

If you could travel anywhere for research, where would you love to go?

Not where, but when-the Elizabethan Era, for sure. J

If By Degrees became a Mini-series or show on say HBO or Starz… Cast your MC’s. Who’d play Samuel and who’d play Machlan?

Oh lord…Okay, body type, I think Chris Hemsworth would be a perfect Machlan. He has the height and the muscles, but I’m not sure about the face. Maybe green contacts and some shadowing and expressions would help.

Sam, though… that’s more difficult. My model for Sam has always been a Mexican actor named Eduardo Verástegui, and only in certain pictures, with a very specific haircut. I have no idea who else could be Sam… What about you? Any suggestions? I’m all ears, ’cause this is going to happen, you know? :-p

What will we be seeing from you this year as an author?

My next release is Heavy Hitters (finally!!!), a story set in my hometown of Puerto Rico, featuring a Puerto Rican cast, our culture, traditions, and way of life. It’s a love story spanning years. The journey of two childhood friends as they navigate expectations, machismo, and their own issues side by side.
I must say, this is a story near and dear to my heart. They all are, but this one’s special, so, if you’re into long stories that you can sink your teeth into, then keep an eye out for the release date in February and check it out!

How can your readers/ fans follow you and your work via social media?

I’m on Facebook for the most part, so feel free to contact me there. Otherwise, check out my Website and send me an e-mail. Just click on that little envelope on the Home page. And if you feel like browsing my stuff, head over to Goodreads. See what other readers have to say about my books. J

World peace, for real.  My hope is we can all have more empathy for things that don’t affect us.

Favorite band?
I don’t have one. I have favorite songs, and they’re all over the map. J

Okay, Taylor, thank you SOOOOOOOOOO Much for being here!
My pleasure. Thank you for having me!
Xoxo

Taylor V Donovan will be gifting someone with a $25.00
Amazon gift card AND an ebook set (2 books) Six Degrees of Lust &
Six Degrees of Separation!
Make sure to enter the rafflecopter below!