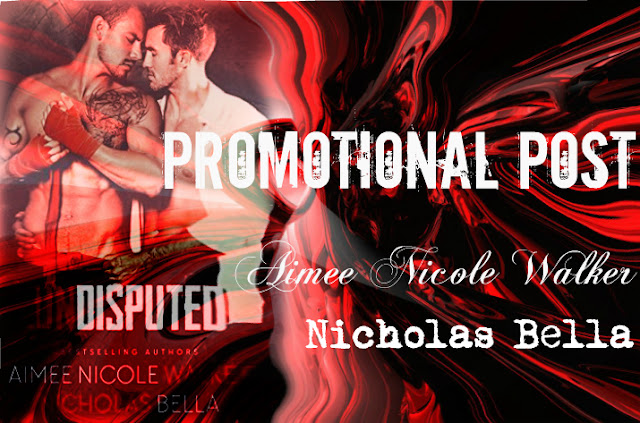 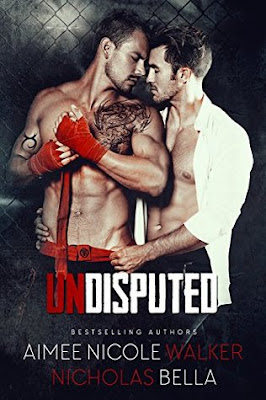 
There was once a time in my life where the only thing that mattered to me was fighting and winning. I’d step into that octagon with all the confidence in the world that I’d leave the victor. There was no challenge too great that I couldn’t handle. That was until I met a sassy and sexy reporter by the name of Aiden James and he flipped my world upside down.

I didn’t do relationships because I had to keep that part of myself hidden, but I couldn’t seem to get Aiden out of my mind. Maybe if I could just have my way with him one time, I’d be able to get him out of my system. But if I couldn’t, would I be able to sacrifice everything I worked so hard for to have Aiden? Was the reward worth the risk or could I live my life without Aiden?

I was thrilled when I landed an interview with MMA’s sexiest fighter, Anamacio De Niro. I had heard that he was a very private man, but nothing prepared me for his level of stubbornness. That didn’t stop me from soaking up every second that I was in the same room with my secret crush. I never expected to hear from him when our interview ended, so imagine my surprise when he contacted me out of the blue and asked to meet again.

I quickly learned why Macio was so private when he revealed the secret he hid from the world. As excited as I was that he returned my attraction, I had promised myself that I’d never fall for another closeted guy. My vow shattered the second his lips touched mine and I let my guard down for one night of earth-scorching sex, knowing it was all I would ever have with him. Or was it? Did it have to be all or nothing or could we find a way to be together without either of us getting hurt?

Undisputed is the first collaboration between Amazon best-selling authors Nicholas Bella and Aimee Nicole Walker. It is the story of two men who learn that the most important fight of their life isn’t battled in an octagon or in the court of public opinion; it’s waged in the heart.

Crushing on straight men wasn’t my thing and I usually made it a rule to not file them away in my spank bank memory because it was pointless. It took me many years to get to the point where I walked tall and proud as a gay man, instead of hiding who I was. I refused to waste time on guys who would never return my feelings. Macio was the one exception to my rule.

The smell of sweat and hot male bodies hit me hard the minute I stepped into the gym. Nirvana. I refused to close my eyes and breathe it in because I wanted to be taken seriously. After my “coming out” article went live the prior month, I anticipated being excluded from a lot of interviews, especially in the testosterone-laden world of MMA fighting. Sure, I had received some rejections to my interview requests, but not as many as I had expected. I almost didn’t send the email to Animacio’s publicist, but I decided no risk meant no reward.

I knew I had been well and truly rewarded when Macio’s dark eyes locked on mine and I realized I would get to spend thirty minutes with his attention focused solely on me. Fuck, he was the sexiest man alive. He was the kind of guy who, with one look, made you want to drop down to your knees and worship his cock. Yeah, I decided not to try that with him unless I wanted to lose all my teeth. I saved that fantasy for later when I was alone. Don’t pop wood in the gym. Don’t pop wood in the gym. They were sage words to live by.

Aimee Nicole Walker
I am a wife and mother to three kids, three dogs, and a cat. When I’m not dreaming up stories, I like to lose myself in a good book, cook or bake. I'm a girly tomboy who paints her fingernails while watching sports and yelling at the referees. I will always choose the book over the movie. I believe in happily-ever-after. Love inspires everything that I do.  Music keeps me sane.

I’d love to hear from you.

You can reach me at:

About me? Hmmm, I'm just a person with a wild imagination and a love for words who was sitting around the house one day and said, "Why hasn't anyone written a book like this before?". As with every storyteller, I wanted to share mine with the world. I like my erotica dark, gritty, sexy... and even a little raunchy. I'm not afraid to go there and I hope you aren't afraid to go there with me. When I'm not writing, I love watching movies and TV shows, clubbing, biking, and hanging out with family and friends. I love life.

I'd love to hear from you, feel free to send me a shout out!


You can reach me at:

Aimee and Nicholas are gifting 2 people $10.00 Amazon Gift Cards!
Simply fill out the rafflecopter below
Contest will end on December 30th!
Thanks!!!