2016 Send Off~ Blog Post by Meredith King for Diverse Reader 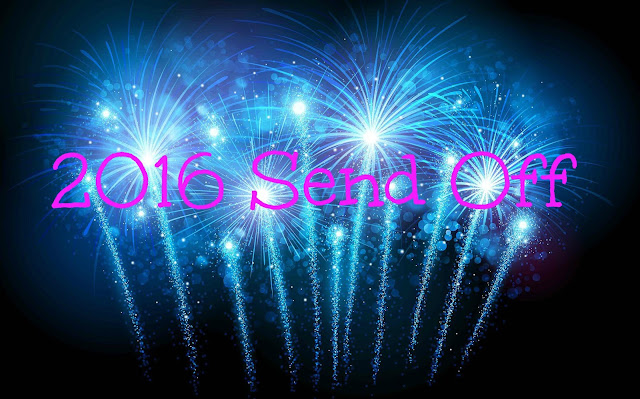 I have no doubt in my mind that there are some people out there that feel like 2016 was a great year for them. Many years have been good to me too. 2016 was not one of them. What made 2016 so much worse than many other years is that the general consensus is, it sucked.

Now, I’m sure that a lot of the hatred of 2016 has to do with a certain Presidential election. The mounting fear that the next four years hold for so many I love dearly, for myself and my own family, for our country, is breath-stealing. I feel like we have all been hit with the Crutiatus curse. It’s as if Avada Kedavra was too generous or something.

We also lost so many amazing souls this year. In the celebrity world we lost the shining stars of Alan Rickman, David Bowie, Prince, Florence Henderson, George Michael, Carrie Fisher, and so many more. People who, from the magic of television and radio touched our lives and helped us pave our futures. I don’t know about all of you but I felt every loss this year. Every. Single. One!

We also lost the incredible talent of Eric Arvin, an author in the LGBT community. He wrote so many fantastic stories: The Rascal, The Mingled Destinies of Crocodiles, Wave Goodbye to Charlie, and so many more. He is immortalized because of his words. He is remembered because of the light that glowed from him. His loss is felt like a wrecking ball within the LGBT community.

Every year we are shattered with the hatred of humanity. This year it was plentiful. Terrorist attacks, mother nature's wrath, horrible loss of so many amazing futures in the Pulse Nightclub shooting. This on top of everything makes for an unstable foundation.

I don’t mourn 2016, I welcome its end. I hope for a 2017 that will bring happiness. Sadly, 2017 is daunting. 2017 is like a storm in the distance. I can feel its biting wind, I hear its threatening rumble, I see its dark clouds. The suffocating tendrils of fear are relentless. How do we change a future that’s weighing down on us with its hatred, its rancid division, its unsettling decent into madness? I wish I knew how. But I do know one thing that 2017 will get from me, from all of us… A fight. How do you fight fire? With fire of course.

Sometimes we don’t always win the battles but the war rages on. Sometimes we are less in the end but the path we leave behind is devastating.
Whether we win or not we sure as hell leave our WE WERE FUCKING HERE sign and in that raging storm, louder than the thunder are our shouts “WE WILL BE BACK.”

On the top of Fuck You 2016 Mountain, with my arms open wide, and my middle fingers extended I say, “goodbye 2016, you’ll be remembered for your violent nature, your heart shattering memories forever tattooed in our minds, and for all you took from us. I wish 2017 luck from us. We are hardened, we are ready for this fight and like 2016, we won’t let you forget us.”

I may not know what 2017 has in store for us but I know how strong all of us are. I know what we are capable of. I am proud to stand with all of you. You are my apocalypse team!