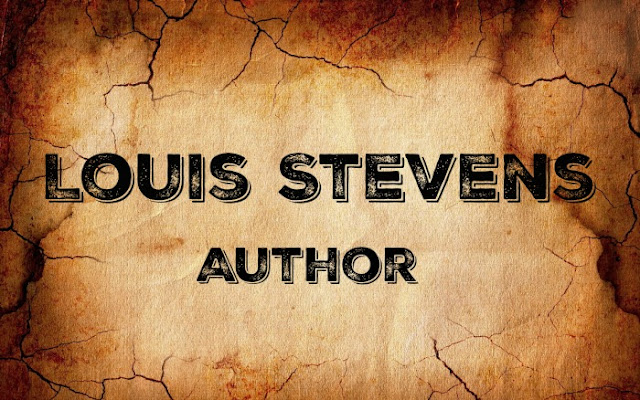 This Author Saturday Spotlight is exciting because I've come to really like Louis as a person. He's kind, respectful, amazingly talented, humble, and... well... awesome! He has been writing wonderful books for sometime now and I have to say, he's got that special something.
Today we will take a look at his work, do a fabulous interview, and wrap it up with a remarkable giveaway.
Let's get started. 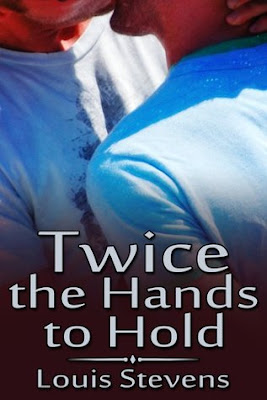 Twin brothers Brian and Matt Walker went to live with their mother’s brother after the death of their parents at an early age. Brian is still wracked with the guilt he carries around from a young age and sees the world through a distorted lens of self-loathing. When he meets a sexy and interested college-aged guy at the beginning of his senior year of high school, he may have finally found someone who can help him escape his mundane existence.

Matt has his life all planned out -- he longs for a solid career in journalism after graduating college. But his tenuous hold on family life threatens his dreams of independence, as does the attentions of a closeted new transfer to their school.

Can Matt pull away enough from his family to come into his own? And will Brian finally get to grips with his past and allow his twin to chase his own happiness? 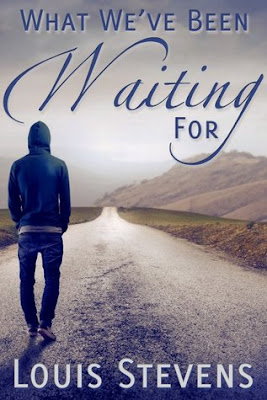 From the age of three, Tim Bailey wanted to marry Tom Watkins. Many changes occurred during their formative years, but Tim’s love for Tom remained rock solid. Even when Tom temporarily broke up with him to date girls, Tim never stopped loving Tom.

Because his father walking out on his family, Tim doesn’t trust easily. His friend Tom’s bisexuality makes him uneasy. Tom is a popular high school football player who can have anyone he wants, boy or girl. So why would he choose nerdy Tim? The fact Tom won’t come out at school further feeds Tim’s insecurities and suspicions.

Tom has always felt the pressure from his dad and his friends to be the typical jock. This means hiding the gay side of his bisexuality and only acknowledging Tim in private. Tom has promised once they’re at college in New York, he and Tim will be able to live openly as a loving gay couple. Tim just needs to be patient.

Things come to a dramatic head at an event everyone has been waiting for, their end of year graduation party. Many truths are revealed, old scores are settled, and everyone’s lives are changed. Can Tom keep his promise to always love and protect Tim, or will previous lies and secrets kill off what has been growing between the boys for fifteen years? 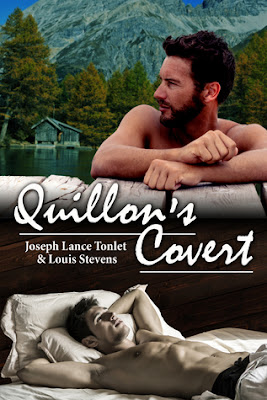 Martin is a guy’s guy, one who enjoys the simple things in life: baseball games with his son, family days, barbecues, and date nights with his lovely wife.

Once a year for two weeks, Martin takes his son, Marty, to Quillon’s Covert, a rustic family cabin secluded in the beautiful California mountains. Since before those long days of learning to play ball, Marty has loved his dad, but as Marty matures, Martin starts to see something else settle in his son’s uncertain gaze. What’s there lingers a little more than it should, and it seems far more appraising than it once was.

As Marty shows every sign of taking the lead, Martin is faced with the tough choices most parents never see: lose his son by being a father, or try to balance what’s best for their relationship by being something… more.

But with another trip to Quillon’s Covert on the horizon, has the point of no return already begun?

Thank you, Louis, for being my spotlight author this Saturday. I have only recently discovered you but I have to say, you’re quite amazing. I’d like to get to know you a little better and let everyone reading this get to know you too. So, let’s begin.

Thanks for the kind words and lovely introduction!

First off, you are born and raised in South Africa. I have not traveled much in my life. Can you tell us what a day is like for you? What is your country like and how does it impact your writing?

South Africa is a beautiful, beautiful country, and I live in its most beautiful province (I’d like to think!). I moved to Cape Town at the end of 2009 when most of my family moved abroad. Like any other African country, we face many, many challenges. But unlike many other African nations, Western culture plays a huge part in our country.

This means that we keep up to date with Western pop culture, politics and other aspects, for which I am personally so grateful. Growing up in a third world country has definitely impacted the way I see the world and ultimately, how and what I write. I’ve lived in the United Kingdom for a number of years, and have visited the U.S., so can make contrasts between living in third world countries and first world countries. However, I would never trade the memories I have of growing up during arguably South Africa’s most exciting period in recent times.

You co-wrote Quillon’s Covert with Joseph Lance Tonlet. I also see you’ve co-written with other great writers. Will you be co-writing with other authors, and if so what authors would you love to work with?

I learned so much working with Joseph on Quillon’s Covert. Not only does he have an impeccable work ethic, of which I’m super jealous of, but he is a brilliant author. And he taught me so much about the self-publishing industry. I am beyond words when it comes to our collaboration, and I look forward to creating many more stories and characters with Joseph in the near future.

I’m also working with another very well-known MM author who is known for his exceptionally dark and brilliant stories. I wishhhh I could say more right now but I can’t, only to say that if you are a fan of dark stories, watch this space!

As to who I’d like to work with in future…gah, I can’t even begin to name names. I wouldn’t mind working with the ever brilliant and incredible Riley Hart – her stories and writing touch me every time. She is definitely an idol of mine and I love her and her work.

What is your greatest inspiration for your writing?

I have many inspirations when it comes to the style and genre I choose to write in. But perhaps one of the biggest influencers and inspiration on me as an author has to be Kol Anderson. He is truly who I want to be when I grow up.

His series The Prisoner opened my mind up when I discovered it in 2014, and he showed me that it is possible to get on the bestsellers list even when you write incredibly dark, gritty and brilliant fiction. His finale to The Prisoner series knocked Ann Rice and Stephen King off the bestsellers lists on Amazon and he beat them in position for days!

Kol is an exceptionally gifted dialogue writer and his dialogue reveals so much about his characters and the human condition. You simply will not find a superfluous word in there. His stories leave me shaken and moved and touched and all the feels you could imagine, and I will always thank him for giving me the permission to explore darker themes in my stories through his work.

If you could have dinner with any 3 famous people, living or dead, who would you pick and why?

Oprah! I love the Oprah. She embodies everything that the U.S. stands for for people in South Africa and around the world, that the American dream is still alive and well. Plus, she’s so wise without being in your face about it. Would love to share a meal with her and just soak in her presence.


Kristin Chenoweth is my go-to girl for everything. I’ve read her autobiography and follow her career all the way from her Broadway days to Wicked and Glee and beyond. She just looks like the kind of girl who can pick you up no matter what your mood. She’s short and beautiful and bubbly and a lovely person inside and out.

Last one would be my dad, who I lost when I was 8. I would just like to spend some time with him and get to know him. I’m sure I will someday, and I look forward to it.

Will you be attending any conferences or conventions this year or next?

South Africa just started its own Romance Writing convention perhaps two years ago now. I’m a bit skittish about attending that, as it’s all these Mills & Boons writers who have millions in sales behind them. I’m not sure how well the MM genre would be represented there, and I’ll probably freeze on the spot if someone asks me what genre I work in.

Joseph and many other friends of mine really want me to attend GRL in the States, and it’s on my to-do list! It would be so amazing hanging out with awesome authors and the brilliant readers who support our genre.

What would you say are some of your favorite books?

Basically anything written by Kol Anderson


The Vast Fields of Ordinary by Nick Burd

At present I’m working on three short stories which I’ll be releasing as an anthology. I’m working with the same brilliant editor who helped me bring to life my characters in Twice The Hands To Hold and I’m so excited.

I’m also always working with Joseph Lance Tonlet on future stories in our series, and I can’t wait to reveal more to our readers!

Favorite TV Show?
So many! Uhm…


Boston Public, The Practice, Will & Grace, and basically any Real Housewives of Whatever
Favorite Band?
Definitely The Summer Set!
Texting or phone call?
Text!
Summer or Winter?
Growing up in Africa, it’s easy to understand why I prefer winter over summer any day.
Wine or beer?
Wine, although seeing guys drink beer is always a turn on for me somehow
Favorite song?
Maybe Tonight by The Summer Set

Okay, thank you so much, Louis. I really appreciate you being here and look forward to more from you.

Louis Stevens is being super generous! He is going to be gifting 3 people.
They will be selected at random.

Contest will end on  May 20th!
Winners will be contacted via email so please check your spam!

A huge thank you to Louis for being my spotlight!