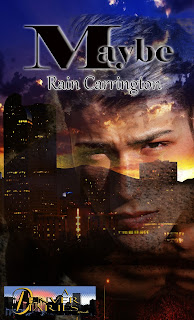 Of all the men in Chaps, the huge leather club in Denver, Colorado, Beast is by far the largest. His size belies his gentle nature, however and has made it hard for him to find his perfect submissive. Either men want him to hurt them, or they run away in terror that he will hurt them. All he wants is a man to pamper and dote on, controlling only his pleasure without pain and to share him with others with group kink play.
As part of Chaps’s lonely hearts club, he and his best friends commiserate that they will never find their soulmates, or even their matches in their kinky lifestyle, while Rebel and Jack Colton find a new way to keep their fires lit. Meeting Hunter and Ethan Westmore, they discover they had been neglecting their passion and when the men get together, the heat they share cannot be contained.
Sebastian Blacksnake is young and doesn’t believe in love or relationships. He has nowhere to go until, after the death of the man he was staying with, Lonnie Lane and Travis Walton take him into their home and their life. They get him a job at the sub house, a home for displaced submissives, and he meets Beast, who takes an instant like to the much younger man.
Lonnie Lane has a devastating loss in his family and as he deals with the aftermath, he comes to realize that things are missing from his life. He finds a journal and learns things about his lost family member, a story of love and loss that breaks his heart. It also brings him closer than he could ever imagine to Sebastian.
Miscommunications keep Beast and Sebastian apart. Neither realizes for a long time how much they belong together until Sebastian reads the journal and it reaches into his heart, making him open to the thought that he could not only have the freedom he wants, but a great love as well.
With visits from Dennis, Deb, Rebel, Jack, Hunter, Ethan, Brian, Morgan and Pez, this books within a book gives the reader a glimpse into many hearts and many ways of life, with some very unexpected results. Sometimes things work out, sometimes they don’t. After all, all life really is, is maybe…

Beast was a nervous wreck. He’d truly planned on a full night of romancing Sebastian, but the younger man had had other ideas. He was glad those tiny condoms wouldn’t fit. It gave him a chance to breathe and think.
Since the moment Sebastian walked out the doors of the sub house, Beast had been miserable. The loneliness he had felt so long was bigger than ever, eating him from the inside. He knew, somehow, some way that this man was his. Sebastian, for his lack of experience and his young age, he was smarter and stronger than even he knew. They had a connection, had from the start and the stolen kisses they’d shared only confirmed that for Beast.
For the first time, he didn’t feel like it was his dick leading him, or his loneliness, but his heart. Now, Sebastian was flirting as they drove, smiling sexily, leaning in to whisper dirty things. “Hey Beast, do you think I can deep throat you?”
Beast moaned and pushed his head over to his own side of the car. “Fucking quit, Sebastian. I’m trying to drive.”
They were headed up Federal to get back to the highway, and Federal on a Saturday night was always packed. “You didn’t answer the question.”
“No. But I’d like to see you try.”
“I just bet you would!”
His laugh was magical. Sebastian could laugh and cure the ills of the world. “If you’re not careful, I’ll make you kneel against a wall and force it down your throat.”
Sebastian got quiet and Beast thought for a second he overstepped, but when he glanced over, he saw Sebastian panting. That’s a good boy. “Beast…”
“Then shut the fuck up and let me drive.”
From the corner of his eye, he saw Sebastian rubbing his dick through his jeans and Beast had to look out of the driver’s side window to avoid the sight. That was too much. Sebastian was the sexiest man he’d ever known and the best part was…he didn’t know it. He was just being himself. He had no idea what he did to Beast.
Finally in front of the house, Sebastian got out and started for the front door. Beast ran after him, grabbing his arm. “No! The side entrance to my apartment.”
Sebastian licked his lips and purred, “Embarrassed of me?”
He was kidding, but Beast never wanted him to think that, so he took his hand and walked straight for the front door, punching in the first three numbers of the alarm before Sebastian started tugging his arm. “I was jokin’, geez! Come on. Everyone would be so jealous of me.”
“Of you?”
“Yeah. You know all these guys want you.”
Beast grinned and disagreed, “No. They don’t.”
“Excuse me, but Bennett practically groped you anytime you were around each other. I should have punched him.”
Beast started to the side of the house with him. “Jealous?”
Sebastian shrugged. “Nah. You ain’t my boyfriend. Why would I be?”
That hurt, but Beast let it slide. They weren’t boyfriends, it was true.
He hit the alarm for his room and opened the door for Sebastian. “Enter, dear gentleman.”
“Cheesy.”
Beast laughed and followed him in, feeling nervous all of a sudden. The room was dark, so he switched on a lamp by the sofa and then Sebastian was in his arms, lifting on his tiptoes to kiss him. “Bedroom?” Beast picked him into his arms and carried him, making Sebastian laugh. “They nicknamed you right.”
“Oh yeah. You haven’t seen anything yet.” 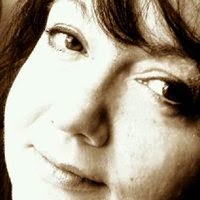