Bailey's Beat Box: That GRL Feeling~ My Experience and What It Means 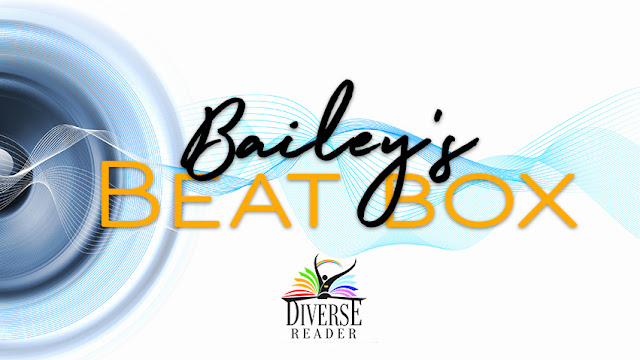 That GRL Feeling~ My Experience and What It Means

GRL (Gay Romance Literature) is arguably the largest convention of its kind for the M/M Romance community.  It gives readers the opportunity to meet some of their favorite authors, have their favorite books signed, and pick up a serious amount of swag.  It also gives the authors a chance to meet their readers in person.  Sure, we all talk online, whether it be in Facebook posts or some sort of messaging app.  But for most of us, we’re so spread across the country (and the world, for that matter) that it gives us all the chance to actually be together.  For a lot of us, it’s like one HUGE family reunion.

This will be my third GRL.  And, yeah, even though I’ve been before, I’m still a little nervous.  I went to my first two as a reader, even though I had already started publishing.  Looking back, if I’m nervous now, I was in total freak-out mode at my first one.  For me, it was about meeting my heroes.  Let’s face it, writers create these incredible worlds that we lose ourselves in.  They create these wonderful characters that we laugh with, cry with, and sometimes want to strangle.  For me, that ability to create is awe-inspiring.

I learned a few things along the way.

First, GRL is predominately for the reader.  Let’s face it, as a writer, we create these worlds, but it’s the readers that truly make them come alive.  Without the readers, we would write these stories and they would languish on the hard drives of our laptops.  The readers are the ones that take what we have created and run with it.  We birth these characters, sometimes in the dozens, but the readers may bond with a select few (I’m looking at you, Felice! #RyderAndJasonForever). Readers develop a connection to certain characters that makes them want to follow the character through their life’s journey.

Secondly, as I said before, GRL is like one big family reunion.  One of the things that truly struck me at my first GRL was the openness of quite literally everyone. Readers and authors alike.  We all know each other, in one capacity or another, we all have our circle of friends that we like to be with, and in a lot of cases, not only are those circles made up of both readers and writers, but there’s also an enormous amount of overlap.  It’s almost like “six degrees of separation.”  This, in and of itself, lends itself to the feel of one big family.

Thirdly, (is that even a word?) despite how large the group is, and despite the different corners of the globe we come from, we’re all there for one reason:  our love of the genre.  Every single one us has that as the common denominator.  I’ve been to other conventions (mostly comic and sci-fi conventions because I’m a giant dork).  There’s a large fan base for the likes of Star Wars and Star Trek, and that fan base has some rather rabid fans.  But the M/M community is different because of the deep emotions these stories evoke.  There’s something with these characters and these stories that we can connect with on a much deeper, more emotional level.  We all want the same thing in our real lives that we want for the characters we love, and that’s quite simply that Happily Ever After.  It’s that commonality, that desire, that connects every single one of us.  Introverts, extroverts, and everything in between has that exact need, and it’s what binds us all together.

So, yeah, I may be a little nervous, but I’m also keeping these things in mind because there is absolutely nothing in the world like this convention and how you feel when you’re with your family.