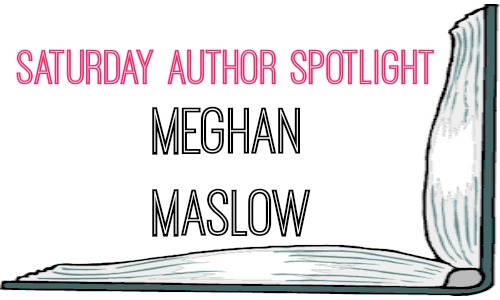 More awesome Saturday Author Spotlight fun today! We have the amazing Meghan Maslow in the hot seat and talking about her books and her life as an author. She's written with Dreamspinner Press and on her own and we are thrilled to have her here. So, get a drink and hang out awhile. 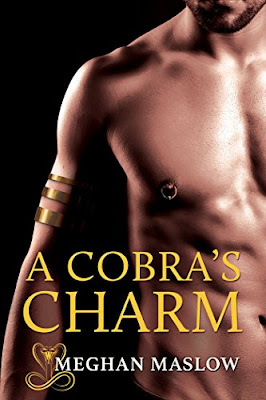 Jiri’s life has been one misery after the next. A cobra shifter, he’s held captive by a collector who keeps him—and other shifters—in a private harem-style “zoo” in the Libyan desert. Considered a dangerous predator by the other shifters, and little more than a boy toy to the collector, Jiri is friendless, timid, and despondent.

Miksa is the collector’s latest find. But honey badgers are known for their bad attitude, fearlessness, and fighting spirit. Miksa has no doubt he’ll escape, even if it means taking the whole zoo down with him.

When honey badger and cobra meet, there should be instant enmity—after all, honey badgers eat cobras—yet both men find themselves oddly drawn to the other. Romance blossoms, but can it survive captivity and beyond? In order to do so, Jiri will have to find a strength he doesn’t know he possesses and Miksa will have to open a heart long closed to anyone except his immediate family.

A story from the Dreamspinner Press 2016 Daily Dose package "A Walk on the Wild Side." 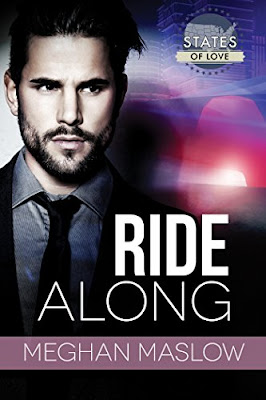 Drew Nolan is a loud-and-proud mystery writer with a brutal case of writer’s block. He needs practical experience with the Baltimore police beat to get his latest manuscript to his publisher on time. When he wins a ride-along at a writer’s conference, he thinks he’s hit the jackpot… until he meets his partner.

Closeted cop Josh de Oliveira lost his family, his partner, and the respect of his unit—all for doing the right thing. Recently busted back down to patrol, he’s relieved to get a cushy assignment at the Author’s Police Institute where he’ll take one lucky writer on a ride-along. Unfortunately, his author looks like he belongs in the backseat of Josh’s squad car—long, ginger dreadlocks, piercings, and an “I would bottom you so hard” T-shirt. But there’s something about Drew Josh is having a hard time resisting.

It’s going to be a long night and one hell of a ride as opposites attract and realize they share a lot in common beneath the surface. As animosity becomes desire, they realize they can help each other out—in more ways than one.


States of Love: Stories of romance that span every corner of the United States. 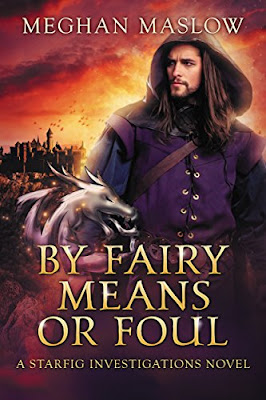 The last thing half-dragon, half-fairy private investigator Twig Starfig wants to do is retrieve a stolen enchanted horn from a treacherous fae, but there’s no denying the dazzlingly gorgeous unicorn who asks Twig to do just that. Literally, no denying, because compelling the reluctant detective is all part of a unicorn’s seductive magic.

To add to his woes, Twig is saddled with the unicorn’s cheeky indentured servant, Quinn Broomsparkle. Dragons are supposed to want to eat humans, but Twig’s half-dragon side only wants to gobble up Quinn in a more . . . personal way. Making matters worse, it’s obvious the smokin’ hot but untrustworthy sidekick is hiding something. Something big. And not what’s in his trousers. In the PI business, that means trouble with a capital Q.

Throw in gads of zombies, a creepy ghost pirate ship, a malfunctioning magic carpet, and Twig’s overbearing fairy father’s demands to live up to the illustrious Starfig name. Naturally, an old but abiding enemy chooses this time to resurface, too. Those inconveniences Twig can handle. The realization he’s falling for a human who isn’t free to return his affections and whose life may hang on the success of his latest case?

Thank you so much for being here today as the Saturday Spotlight Author. I look forward to talking with you and asking you a ton of questions. So, get comfy.

Tell us three things about yourself we would know from reading your biography?

The most obvious (especially if you’ve met me in real life) is that I’m an extrovert. I love people and I love being in the middle of things. Give me all the people!

The second thing is that I’ve spent a lot of time in East Africa researching and working. It’s home away from home and holds such a special place in my heart. It’s also given me a lot of crazy stories I can share while having a drink with friends.

Which brings me to the third thing you can glean from my biography: I adore a good Moscow Mule. The ginger beer has to be really strong, though. I want my eyes to water and my nose to burn. So, so good.

When writing a book, what’s the most difficult part for you and what’s the easiest?

I’m a pantser, so many times there are things in the story that simply don’t make sense as I’m writing it and only make sense once I get to the end of the story. It means I often have to go back and rewrite or thread pieces—and sometimes whole sub-plots—throughout. That takes a lot of effort and time, so that’s probably the most difficult.

My first 10k words are almost always the easiest to get down on paper. Many times, those words will change in rewrites, but it’s always fun launching into a new story. The excitement, the newness, the thrill of the hunt. The words flow and the world looks beautiful as I pound away at the keyboard.

If someone just discovered, you and your work what book of yours would you recommend they start with and why?

I’d recommend By Fairy Means or Foul. It’s the truest expression of my passion. I like combining genres -- in this case, epic fantasy with a bit of crime fiction and a large dash of romance. I also really enjoy writing books with humor in them. I like to make people laugh and I want to laugh when I’m writing. This book was a blast to write and it’s the first in a series. So, if someone wanted to figure out whether I’m someone they’d enjoy, I’d point them to By Fairy Means or Foul. Plus, Greg Tremblay does a kick-butt job on the audiobook. Just really rocks it.

Explain your writing process to us. Is there music, silence, do you have to write in a certain room? What’s the deal?

It depends. If I’m writing from my home office, I’ll often listen to a specific playlist for the piece I’m working on, but not always. If I’m at a café, I always listen to music. I prefer to work in my office, but being an extrovert means I sometimes crave human contact. If that’s the case, I’ll pack up my laptop and go to a busy café, put my headphones in, and just soak up the energy from the crowd as I write. I actually write better in public spaces. Airports rock. I used to always get a ton of words in during my daughter’s tennis lessons. I was so sad when she said she wanted to quit tennis because it was an hour of guaranteed productivity each week.

Will you be attending GRL or any signings this year?

Oh yeah! GRL is my favorite conference. This will be my 4th year attending, my second as a supporting author. It’s a chance to hang out with all my crazy friends and meet new people. I look forward to it all year, come back from it wrecked for an entire week afterward, and then start looking forward to the next time I can go.
I’m also planning to attend the Writer’s Police Academy. It’s such a fun conference and I haven’t gone in a couple years and I’d like to see some old friends and also get some questions answered for a new m/m romantic suspense series I’m considering. Key word being ‘considering.’

Oh, God. I’ll never learn. I’m working on several projects at once. I’m finishing up Be Fairy Game, book two of the Starfig Investigations series (By Fairy Means or Foul is book one). I’d planned to have it ready to go by now, but because of some unavoidable real-life issues, I’ve had to push my deadline back until early June. I’ve also started a funny paranormal romance that I’m loving, as well as two mystery short stories set in Tanzania that I need to finalize and get out the door. Finally, I have a YA urban fantasy novel that just needs to be edited and then will be on its way. I’m also hoping to get started on the next Starfig Investigations novel this summer so I can have book three ready for GRL – but we’ll see.

The best way is through FB (I’m easy to find since I’m the only Meghan Maslow), but also my website: www.meghanmaslow.com
I have a Twitter account, but I hardly ever use it. I’m going to work on that this year. Promise!

Real life or fantasy?  Both are pretty great actually. I wouldn’t trade my life for anyone’s, but I adore fantasy. It’s why I love to write; it gives me the best of both.

Lefty or righty?   We talking hands or politics? Right handed, but left leaning.

Favorite comfort food? Indian food of all sorts or my mom’s grilled cheese sandwich and tomato soup. I also wouldn’t say no to a piece of my gran’s homemade rum cake. I could eat the whole cake by myself. And naturally all of those foods should be accompanied by a Flat White or a Cappuccino.

Best season?  Spring. There’s something so amazing about new beginnings.

Early bird or night owl? Night owl. I wish I was an early bird, but I’m soooo not built that way.

Favorite color? Green, though black is a close second.

Okay, Meghan, thank you so much for hanging out with us!

Thanks so much for having me!

Meghan is offering one person a copy of By Fairy Means
Or Foul.
Fill out the rafflecopter below to win
Contest ends April 20th
Thanks!


a Rafflecopter giveaway
Posted by Diverse Reader at 6:33 AM