Release Day Review: A Wish Upon the Stars by TJ Klune #Review #Giveaway 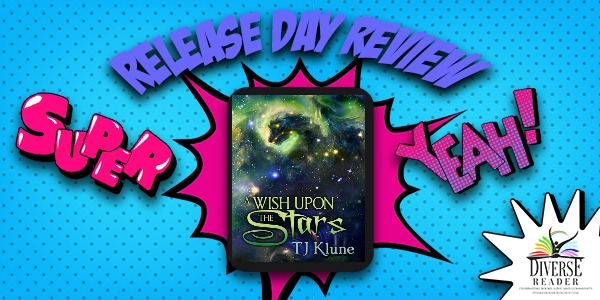 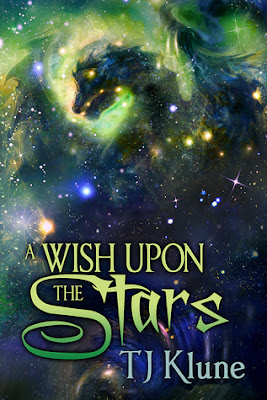 Nearly a year ago, blinded by grief and betrayal, Sam of Wilds made a desperate decision to follow the Great White into the Dark Woods. Now, he emerges to a world changed.

The City of Lockes is a prison. The King has been locked away in the dungeons. The Kingdom of Verania has fallen, and the Dark wizard Myrin sits on the throne.

But soon after his return, Sam learns of a resistance fighting in his name led by a courageous knight, a defiant prince, a pissed-off unicorn, and a half-giant who wants to smash everything in sight. If he has any hope of defeating the villains who have taken their home, Sam must face the consequences of his choices—and the friends he left behind. 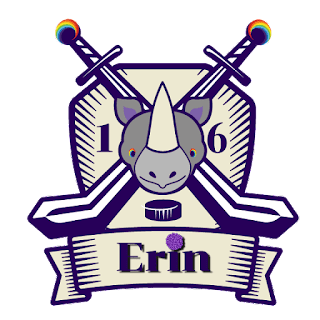 Saying goodbye to a beloved series is never easy, but there are some that are harder to let go of than others. TJ Klune's magical, hilarious, sometimes ridiculous but always full of heart Tales of Verania (or as TJ likes to call it the Destiny Fuck, Yeah! trilogy) series is like that for me. I'm so SO very sad to reach the end of Sam of Wilds' journey, but alas, as the saying goes, all things must come to an end. Or, um, kind of. You'll see what I mean by that in a bit, but suffice it to say  A Wish Upon the Stars, the final book in the saga, is every bit worthy of sending our hero and his beloved sidekicks off to their HEA. And then some. This has been a tale of friendship and loyalty. Of family--the kind you're born into and the kind you make. Of magic and bravery. Of love and sacrifice. So, so much love, and SO MUCH sacrifice. It's made me laugh and cry and rage and hold my breath. And it's made me believe that sometimes wishes DO come true, even if they're not always in the exact way you'd expect.

This will be spoiler-free review so it will be vague. If by some strange chance you haven't read the first 3 books in the series, what have you done with your life? Seriously stop right now and do that before you do anything else because really, this review, or what will amount to be a love letter to one of the best series ever, is not for you. It's really not even for anyone who has read the first three because let's be honest, if you've come this far, you've been dying along with the rest of us for the last book to see what will happen next. You don't really need me, or anyone else for that matter, to tell you that the Same we've come to know and love (and want to shake at times) is not the same Sam in A Wish Upon the Stars. Oh, sure, he's cocky and adorable and brave beyond belief and selfish and vulnerable, but he's much more, too. After all, he's just spent the last year in the Dark Woods with The Great White, or GW (and man, I LOVE that Sam calls him this so much) and the other dragons of Verania. He has a destiny to fulfil, he's left the love of his life, his family and friends, and his home to do what has to be done.

Was it the right thing? Well, you're just going to have to read A Wish Upon the Stars to find out.
I'm not going to say a thing about the plot or what happens or if all the questions we've all had over the past three books get answered. TJ has mentioned much more eloquently than I ever could that things will happen you don't expect, so do yourselves a favor and let all of your pre-conceived thoughts and guesses go and just read. Let TJ take you back to Verania where there are knights who are dashing and immaculate. Where a king is a KILF and the prince is Sam's best friend 5eva. Where a hornless gay unicorn and a half-giant are so ridiculous and zany that you laugh until you cry. Where a dragon can be sexually aggressive (and kind of disgustingly so if I'm honest) one moment and the next, he'll bring tears to your eyes as he speaks from his eight hearts and you know he just wants a home and a family. Where there are wizards who make mistakes but do so only with the best of intentions and pay dearly for their mistakes. Where a mom and a dad look at their son as if the sun rises and sets with him and their love shines through. Where a boy from the slums has the weight of the world on his shoulders, where a destiny he never asked for or wanted is thrust upon him and he bravely-even if he kicks and screams while he does it-faces it.

A Wish Upon the Stars is every single thing you hope and want it to be, and probably some stuff you don't. TJ Klune is a master story teller, of that there can be no doubt, and he has given us a series that will stand the test of time. It might be a fantasy, but at its core it is an epic love story with heroes and villains, with magic and the fantastic. With dark and light and death and hope. With family and friends and ridiculousness and so much sass. There's growth and pain and suffering and sacrifice. And there's love. The love of a country. The love of a king. The love of a boy and his parents. Of three friends that would do anything for one another. Of an apprentice and his mentor. Of a wizard and his cornerstone. Of Sam and Ryan.

So, thank you, TJ, for gifting us with these stories that have made us laugh and cry and everything in between. I know I'll never be the same for having read them.

Oh, and that mention above about not the end ... yeah, I'll be over here anxiously awaiting Justin's story. I have no doubt it will be worth the wait.