Release Day Blitz: The Ballerino and the Biker by Rebecca James #Excerpt #Giveaway

The Ballerino and The Biker 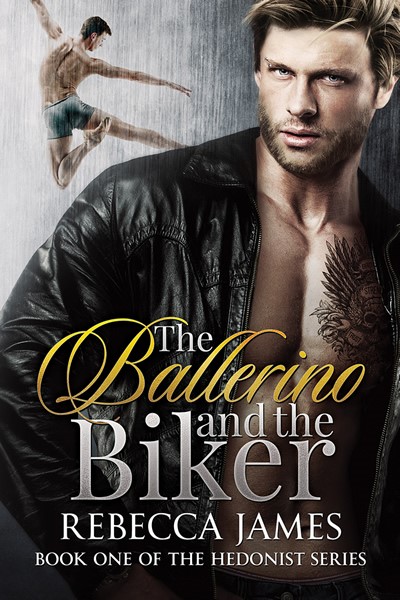 Most of his young life, Morgan Wentworth has dreamed of becoming a principal dancer in a prestigious corps de ballet. After years studying the art in Milan, Morgan comes home to New York City to apprentice with the Manhattan Ballet Company only to be hit by the unexpected death of his older brother, Jake. The grieving dancer learns his life is threatened by a dangerous rival motorcycle gang and that pierced, tattooed, HOT biker Zeke Ivers has been assigned by Jake’s MC to guard him. Saddled with the constant presence of the infuriating man, Morgan juggles the demands of an exhausting dance schedule as well as his new responsibilities as CEO of his family’s multi-million-dollar company. He never expects to develop an attraction for the straight, obnoxious biker, but that’s exactly what happens.

Estranged from an abusive family, Zeke Ivers has lived at the Sentinel’s club house and worked on cars since he was a teen. When fellow club member Jake Wentworth and a rival club president’s girl are killed on Jake’s bike, the Sentinel’s president delegates the protection of Jake’s little brother, Morgan, to Zeke. Zeke would do anything for the club that pulled him off the streets, but Morgan’s a ballet dancer, for Christ’s sake, as well as annoying as hell. Still, Zeke finds himself inexplicably drawn to the young man. The more attracted Zeke becomes to Morgan, the more the biker is forced to examine his sexuality and decide whether two people from opposite sides of the tracks could possibly have a future together, or if Zeke should do what is fast becoming too painful to consider: let Morgan go. 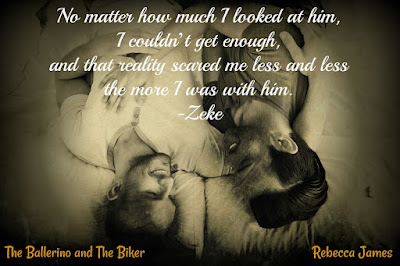 For another week after the shooting, I continued escorting Morgan to his long-ass rehearsals where he didn’t rehearse, just watched intensely, and his classes where he danced until he was slick with sweat and breathing hard. And I continued studying him, memorizing every expression that crossed his face. His high cheekbones, full lips, and expressive eyes captivated me, and I’d quit asking myself why. Scared I was letting him distract me too much, I renewed my efforts to watch the exits. I’d learned the face of every person who was supposed to be around and kept a watch for those who weren’t.

The list of people wanting me to fix their cars was growing, but I never had any time. Several of the guys offered to take a day or two watching Morgan for me, but I didn’t trust the kid in anyone else's care, and besides, there was my cover to consider. I was supposed to be a reporter doing a story on Morgan. Why would someone else show up in my place? Anyway, I knew the layout of the building, knew the corps de ballet’s schedule, and I knew Morgan. I would take care of him.

Saturday came around, and I once again thanked God the fucking masochist ballet company let the dancers have Sunday off. I planned to spend mine sleeping, unless Morgan got other ideas. The kid looked exhausted, so I doubted it. Halfway through the day, the big guy, chief of the ballet or something, announced some chick named Katie had had to leave and called Morgan in to dance her part during rehearsal. My gut twisted. How was the kid supposed to dance a part he’d only watched a few times, and a female part, at that?

But Morgan did it. He filled in for the girl like he’d been dancing the part himself every day since he got there, and I was in awe. I could tell the chief guy was impressed, too, or at least satisfied. I got the feeling he’d been testing Morgan, otherwise why the fuck hadn’t he asked one of the female apprentices to fill in? At the end of the night, like a proud daddy, I tossed Morgan a candy bar from the machine in the hall.

Morgan looked at the Hershey bar like he didn’t know what to do with it.

“For doing so great at the spur of the moment,” I told him. A smile lit up his tired face that made the embarrassing moment worth it, and he unwrapped the candy bar. He broke it down the middle and handed half to me.

“For putting up with all this,” Morgan said. Our eyes met. The whole thing felt so goddamn cheesy, I grumbled and didn’t speak again until we were pulling out of the Arts Center.

I hated the scared look Morgan had every time we walked outside the building since the shooting. I wanted to rip Spoons’s face off for putting it there, and I would if I got a chance.

“If it makes you feel any better, he ain’t gonna try the same thing twice,” I said to Morgan as he inched closer to me on the walk to the car.

He looked at me. “You mean he’ll devise another way to kill me?”

“Well, yeah.” We climbed in, and I headed for the Midtown Tunnel. I’d been changing up our route, even if it took longer to get home going a different way.

Morgan sank down in the seat and fiddled with the edge of his sweatshirt. “I can’t go on like this. I’m so fucking stressed out.”

“The way I see it, you ain’t got much choice,” I said. “You wanna be a dancer, so you gotta go to school. You wanna stay alive, so you gotta have me with you. Thing is, you gotta trust I’ll take care of you and relax.”

Morgan brought up his knees to his chin. He was like a fucking bendable toy. I bet he could put both feet behind his head. His face was broody.
“It’s gonna be okay, kid,” I said. “I got you. Concentrate on spinning around and looking pretty.” 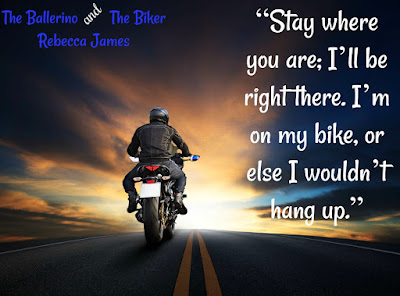 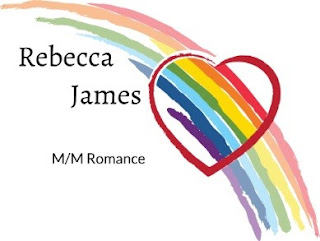 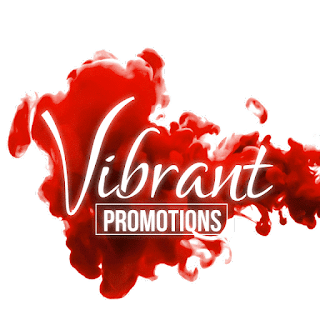 Posted by Diverse Reader at 1:35 PM