Titus has lived and breathed religion his entire life, tucked away from the rest of the world in a compound in northern Wyoming. He’s destined to be the next leader of the church, deemed so by the Prophet. God spoke and with His word He created. But God made a mistake. Titus isn’t worthy. He was born sick and it’s solidified when he rescues the most beautiful man he’s ever seen. Torn between fidelity to his faith or his soul, Titus must reconcile the two parts of himself before he’s discovered hiding among the chosen.

“Is this okay?” Angel asked. “Is what okay?” Titus had a hard time getting words out. He had a hard time making his brain function with Angel’s hands on him. Angel laughed and scooted his body closer so their legs were pressed together. “Me touching you.” “Yes,” his voice was unsteady. “What about this?” Angel put his other hand on the side of Titus’ neck. “Sure.” Titus swallowed past the lump in his throat, and was happy for the way he was sitting, because he was as hard as he’d ever been in his entire life. Harder maybe. “What about this,” Angel whispered over his lips and then brought them together. This wasn’t like back at his workshop. Angel parted his lips, and used his tongue. Titus was left trying to keep up. As soon as he got the hang of something Angel would change it. He’d done a little necking with girls, but this was completely different. He hadn’t been turned on while kissing those girls. It was more like something to do just to try it, but this was heat and his entire body reacted. There wasn’t a part of him that wasn’t flushed and on fire. Angel’s fingers slid around to the back of his neck and tightened, keeping Titus close. He grabbed Angel’s bicep, needing something to hold on to so he didn’t spin out of control. Angel seemed to like it, groaning into his mouth. It spurred Titus on. He wrapped his other arm around Angel’s back, desperate to feel more of him. There was a fire demon inside him demanding more and he wanted nothing but to listen. 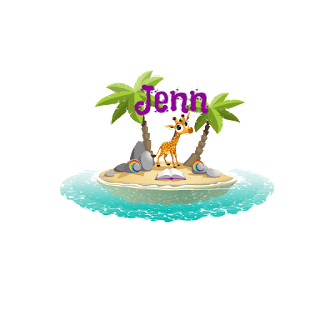 I have to admit that I’ve been hesitant in the past to dive into a book that delves into religion too much. I am so glad that I didn’t let that stop me this time because Forsaken is a beautiful book.

Titus has lived his entire 20 years on a religious compound in Northern Wyoming. He has been taught what words are bad, but not taught why. He has believed his whole life that he his broken and doesn’t know why. He tries to fit in and finds a way to be of great use to his community. Titus is struggling, but he has made the best of his place in life...until he stumbles upon an Angel.

Angel is lost when Titus comes along and “saves” him. He is leery of the big, handsome young man because he worries Titus might be a danger to him. Titus offers Angel help and in their time together, we find that Angel might just be the one doing the saving.

It’s hard to give you more than that because you really want to take this journey with Titus and Angel. I will tell you that this book had me crying so often and has left me with a bit of a book hangover. The idea that the Titus’s of the world are out there, struggling in silence, saddens me. I hope that they all find their Angel, whomever that person may be. These two characters have lived such different lives and come from such different places. J.R. Gray does an amazing job highlighting those differences while showing us all the beautiful ways these men are the same. Such a truly touching book, I’m a big fan!

Win 1 of 2 e-copies of FORSAKEN by J.R. Gray! Open Internationally.
a Rafflecopter giveaway
Posted by Diverse Reader at 2:14 PM