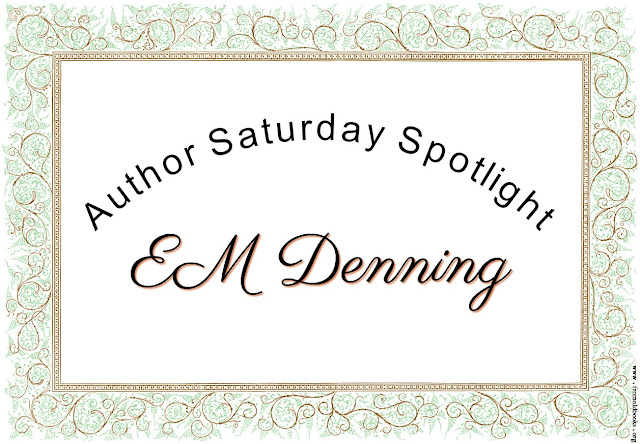 Another beautiful day with another beautiful author. EM Denning has written some fabulous stories and we are so thrilled to have her here to talk about them. If you have had the pleasure of reading her work you'll love the interview and maybe spot a book you may have missed. If she's new to you than you're in for a treat. There's a giveaway at the bottom so be sure to enter! 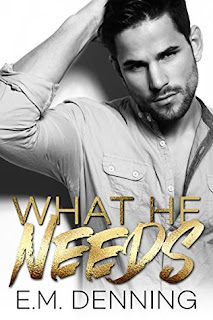 A Disillusioned Dom
A Devastated Sub

When Craig walks into the first kink club he’s been in for months, the last thing he expects to see is his former Dom, Tim, wearing a collar. If learning his ex is a switch isn’t shocking enough, Craig quickly finds himself on the wrong side of his ex's Dom. When the reunion turns ugly, another Dom swoops in and saves the day, and Craig is too shaken to argue when the sweet Dom steps in and takes care of him.

Alan noticed the boy the minute he walked into his club. It was hard not to. He was beautiful, sad, and fully clothed. Once the boy is in Alan’s arms he knows he doesn’t want to let him go, maybe ever. He worries that even though his hardcore Dom days are behind him, his experience will scare Craig and he’ll lose the chance to have something real with him.

Their relationship quickly heats up, but Craig can’t stop wondering if an inexperienced sub will be enough for a seasoned Dom in the long run.
Purchase on Amazon 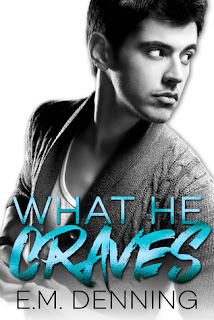 Matt Simpson is notorious for his bad decisions. From his rocky teenage years to his tumultuous early twenties, he's made a lot of mistakes. His latest, greatest, and perhaps stupidest of them all was his recent pursuit of his boss, the unattainable Steve Paulson. Desperate to make the man notice him, and knowing Steve would never get involved with an employee, Matt quits his job.

Unfortunately, Steve still won’t touch him. To make matters worse, his new job falls through and his older brother won’t hire him. Matt can’t bear to ask Steve for help, and soon he finds himself out of money and out of options. When Steve finds him living in his car and demands that he go home with him, Matt obeys, but living with the man he's wanted for two years proves to be frustrating as well as explosively hot. As Matt begins to explore his submissive side under Steve's firm guidance, his insecurities haunt him. What does a homeless, jobless kid with a string of failures behind him have to offer, even if Steve did want him for more than a brief fling?
Purchase on Amazon 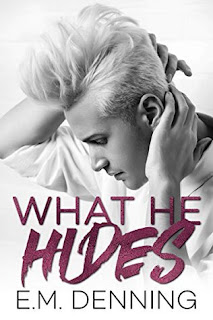 Everett Butcher is a successful vlogger with a secret. By day, he’s The Crock Cock, the internet’s hottest, gayest, and most naked chef. By night, he’s ConcealedandCuffed, a secret submissive who bends to the random whims that hit his inbox. To protect his identity and his career, Everett is careful to never show his face and to never play with the same guy twice. But Everett is tired of online submission. It only reminds him he has no one. When Puck1730 messages him, his world flips upside down.

Xavier Jeffries knows he’s playing a dangerous game, but when he discovered his big brother’s best friend’s secret submissive blog, his inner Dom reared his head and he knew he had to have him. He’s been in love with Everett for years and he feels like it’s now or never. But will Everett forgive him for the dubious way he initiated a relationship?

As the big, in person, reveal looms on the horizon, both men are on edge. Will their online playtime translate into real life chemistry and will Everett forgive Xavier when he discovers it was him the whole time?
Purchase on Amazon 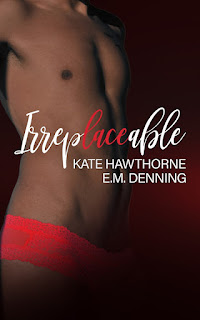 Kyle Stafford has a crush.

He’s his own boss and answers to no one…except his sister, who he’s hired to help out with his highly successful food truck business. But he’s drowning in paperwork he doesn’t understand, and while he should be focusing on that, all he can think about is the attractive man who just moved into his building. When Kyle finally gets an opportunity to introduce himself, he fails miserably and is rebuffed in a spectacular fashion. But Kyle is persistent and won't be so easily dissuaded.

Kyle struggles to find an in with his hot neighbor, until one night, thanks to a package with a familiar return address, Kyle discovers that they have a lot in common than he thought...

Alex Holloway is starting over.

When most twenty-one-year-olds were club hopping and graduating from college, Alex Holloway was filing for divorce and dropping out. Freshly relocated to a new city, his ego is bruised and his emotions damaged, but Alex is determined to be happy. To be himself. His best friend urges him to go out and meet someone, anyone… anyone except the neighbor who comes on too strong, steals Alex's mail and bakes him cookies.
Kyle is everything Alex has ever wanted. Strong, smart, capable, caring, and kinky as hell. But is a mutual appreciation for silk and lace worth another heartbreak?
Purchase on Amazon

Thank you so much for agreeing to be tied and interrogated. It’s always better when they come on their own accord. I’m going to talk with you, learn things and stuff. Hopefully, painlessly.


Let’s talk how writing in M/M came to be. I know you’ve written HET books will you flip flop between the lines or have you found a steady home in M/M?

You have coauthored and written alone, obviously. Writing by yourself you’re only at your own mercy. How is coauthoring different and what makes it work?

I really don’t think I could coauthor with just anyone, but working with Kate was amazing. She’s a machine, she really is, and she keeps me on track and motivated even when we’re not co-writing. But when we’re co-writing, it’s honestly a lot of fun. We both think in such a similar way, that there was really no conflict between us. Coauthoring is a lot of fun. It’s a lot less lonely than writing solo.

Do you have a playlist for each of your books or do you prefer to write in silence?

I find playlists distracting, but like writing to music. I tend to pick a song and stick to it for hours on repeat. What He Needs was written while listening to Paralyzer by Finger Eleven. What He Craves was written while listening to Flesh, by Simon Curtis. What He Hides actually had three songs, Soul 4 Sale by Simon Curtis, Blue Jeans by Lana Del Rey and Supercut by Lorde. Book four took so long to write that it ended up having a playlist by the end, but I’d still only listen to one song at a time, on repeat...for hours. lol

I love the cover model for What He Hides, your newest release. Covers are, in my opinion, vital to a book. Who have you worked with and how do you get your vision across to them?

OMG thank you. <3 My cover artist Dana Leah from Designs by Dana is a SAINT and a miracle worker. And the cover for Hides is my favorite. It’s so totally Everett. I really lucked out. Dana is patient and willing to make a zillion tiny adjustments until I’m happy.

Samantha Santana did the cover for Irreplaceable and she really knocked it out of the park. An old friend of mine is actually the cover model and we were absolutely thrilled with his photos (you can find some NSFW shots from the shoot on his instagram @therealkyletrudeau ) and we were amazed with the final product.

Of all the characters you’ve written. Which would you say you’re most like and why?

Oh gosh. This is really hard. hahaha. Um. I’m probably a little like Xavier and Everett. A bit silly and fun-loving, but super sweet and not exactly innocent. hahaha

Can you tell us what you’re currently working on and/or future projects?

I’m currently editing book four, What He Fears, which will be the story of Andrew, Nick, and Rory. I’m writing book five, which is the final book in the series, and I’m planning a spin-off because people begged to know what happened to Tim, from book one. After that...I have a few ideas, but they’re just baby bunnies right now.

Are you attending any conferences or signings this year?

Favorite season? Autumn
Lefty or righty? Righty
Favorite color? Green
Day or night? Day
Best comfort food? Oh….um. Homemade macaroni and cheese. Or spaghetti. Or lasagna.
Ebook or audiobook? Ebook.
Thank you so much for hanging out with us!

Thank you for having me! <3

Enter to win a $10.00 Amazon gift card
Contest will end on April 6th
Thank you