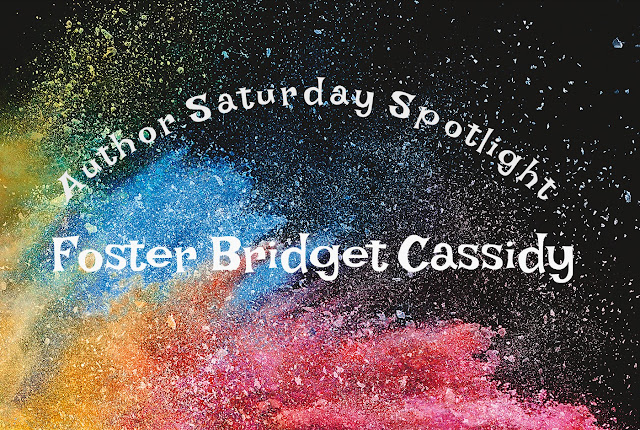 Hello, everyone and welcome to another wonderful Author Saturday Spotlight! I'm thrilled to have a new face here on Diverse Reader. She's no stranger to the book world but she's a first timer here. Foster Bridget Cassidy has written books for Dreamspinner Press, JMS book, and Queer Sci-Fi's 2016 and 2017 Anthologies. Today we're going to look at some of her work, do an interview, and wrap it up with a terrific giveaway! So, get comfy. 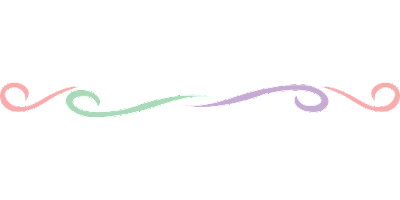 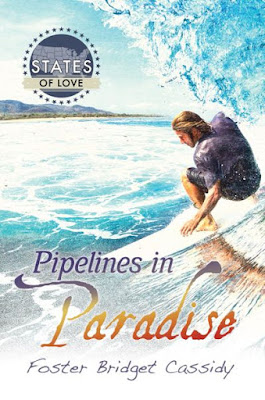 One is trying to heal a broken heart, the other, a broken family.

After separating from his partner of nine years, Palmer Simpson flees to the island of Oahu to pursue a carefree life of surfing. There, he meets Riku Usami, a more skilled surfer—but one with a bad attitude and a boatload of family drama. A contest between the two men leads to friendship and the possibility of something more meaningful. When a tsunami threatens the island, a friend is stranded out on the waters of the deadly Banzai Pipeline. Palmer and Riku must face the dangers of the barrel waves and the looming forces of nature in order to get their friend to safety. If they survive, they’ll have to contemplate what their future together will look like after the storm blows through.

States of Love: Stories of romance that span every corner of the United States. 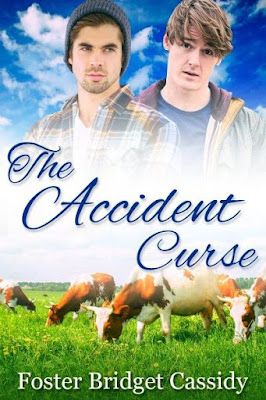 Marty Smith was born in Accident, Maryland, and his whole life reflected it: he missed the game-winning free-throw junior year, got chicken pox twice in grade school, even lost his mother to cancer. To break this supposed curse, he fled Accident as soon as he graduated high school.

Now, ten years later, Marty must face his past when he's forced to care for his suddenly-immobile father. Marty knows his close-minded hometown hasn't changed, but seeing an old classmate named Colten Williams makes him wish things were different. The more time he spends with Colten, the more he wants to stay. Accident isn’t so bad when viewed through Colten’s eyes.

Or is it just the curse lulling him into a false sense of security before it pounces again? 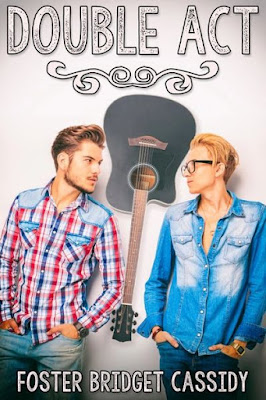 Sean Stirling isn’t having a good day. Hearing snide comments on a photoshoot, he storms off, not caring that he looks every inch a celebrity throwing a tantrum. Things get worse when he falls on the ice-covered street. As a car comes barreling toward him, there’s nothing he can do to prevent his fate.

Luckily, Emerson Willis is there to save the day.

Emerson pushes the man from the street, then gets bamboozled into accompanying the stranger to the hospital. After Emerson sees himself on television, he realizes the man he saved is a pop star.

Now, Sean is smitten and eager to thank his rescuer. Emerson, whose mind is still spinning, can’t tell what to think about the sudden attention. Can the musician convince Emerson they’re made for each other? Or will Emerson dismiss it all as the passing fancy of a rich and famous man? 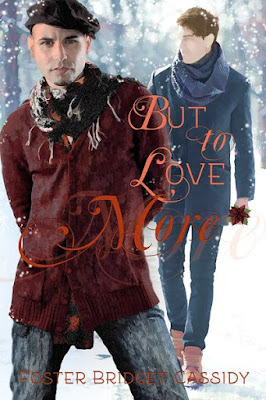 Mel finally gets to go home for Christmas. In his absence, his hometown has changed, and Carlos, his best friend’s little brother, is all grown up and interested in a relationship. But Carlos has his work cut out for him since Mel's having trouble seeing past the little brother part and his big brother, Aldo's determined to keep them apart.

Thank you for having me!  I’m very excited to be here!

Obviously you write LGBTQA+ book, specifically M/M, but tell us what type of books you write and the subgenres you decided to focus on?

For me, it’s all about romance.  I’ve wanted to be an author since high school, yet I struggled with actually writing.  My passion for the written word was there, but I couldn’t harness it.  The problem was I tried to write novels that were science fiction or fantasy.  About four years ago, I decided to try my hand at a romance (specifically male/male romance), and the words flew from my brain onto the page.  I completed my very first novel in fifteen days.  Since then, I’ve completed fifteen novels, and have four published.

So far, all my published novels have been contemporary romance—with the plot line revolving around falling in love.  I still want to write science fiction and fantasy stories, and I have several in the works.  Romance takes center stage in those, but it’s not the complete plot.

There’s always a book out there or an author that inspired us to take the leap into becoming an author. What book or author was that for you?

Robert Jordan—the epic fantasy writer of The Wheel of Time series—inspired me more than I can say.  I avoided reading in high school, until my freshman year when I read the first in the series, The Eye of the World.  I was hooked.  I devoured the series; there were currently eight published at that time.  The series is full of emotion, wonderful characters, a rich world, and a fascinating magic system.  I was so invested in the characters and their lives.  I wanted to be able to touch people in the same way Jordan’s story touched me.

I mimicked his epicness, but it didn’t work for me.  It took me several years to find the right way to express myself and tell my own kind of stories.

If one of your books could hit the silver screen, which would you want up there and why?

It’s hard to pick, as naturally, I love all my stories!  However, I’d love to see The Accident Curse on the big screen.  It takes place in Accident, Maryland, which is where my husband grew up.  It’s an interesting, small town, lush and beautiful.  Very different from Phoenix, Arizona, where I’ve lived all my life.  Many of the themes in the story remind me of my husband, so it holds an extra special place in my heart.  Also, I feel the humor would be a great draw for a film audience!

Authors always feel differently about triggers in books. What is your take on this?

As long as there’s a trigger warning, I’m fine with almost anything in a fictional piece of work.  If it’s not something I want to read about, I’ll stay clear.  If it’s something I’m okay with, I’m still glad I had a warning up front.   I feel trigger warnings are very important, be it books, films, or any other media.  People are quick to judge others as being overly sensitive.  I think those people should be grateful they’ve never been so horribly traumatized that it impacts their daily lives.  Many people struggle with triggers, and we cannot fully understand how much it affects them.  To dismiss their unease as oversensitivity is doing them a disservice.  It takes very little effort to show compassion for another’s feelings.  This is one way to do it quite easily.

Will you be attending any signings or conventions this year?

I will be attending a convention called JordanCon, but only as a fan.  This convention is dedicated to Robert Jordan.  It began in 2008, the year after he passed away.  This year, we’ll be celebrating our 10th Anniversary!  It’s a great convention, on the small side, but full of passionate people.  I’ve already constructed two new cosplay outfits to wear!

Can you tell us all what you are currently working on or future works?

I’ve got too many to count!  My main focus right now is getting one of my sci-fi/fantasy stories polished.  I have four currently finished, but in desperate need of editing.  The one I’m fixing up now is about a young man who uses false credentials to get a job as a spaceship mechanic.  It’s full of humor and has a great romance plot with the mechanic and the ship’s half-alien captain.

I can be reached on several social media outlets.  Facebook, Twitter, and Instagram are updated the most frequently.  Information on all my novels and anthology pieces can be found on my website.  I also have a Wordpress blog where I mainly talk about my love of sewing and crafts, and a Tumblr blog where I focus on artwork!

Okay, thank you, Foster, so much for talking with me today!