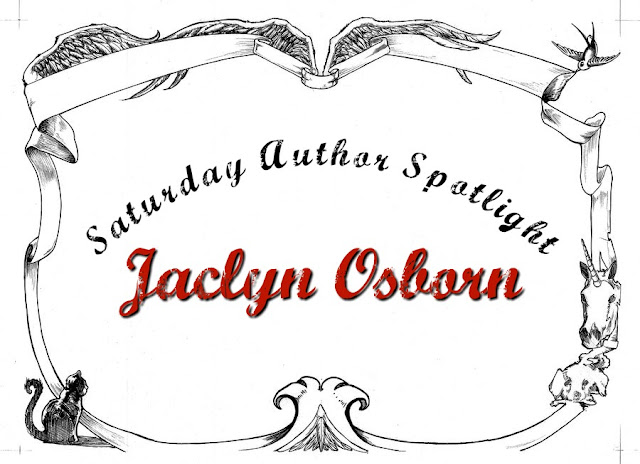 It's Saturday and that means it's Saturday Author Spotlight day! YAY! Today the outstandingly talented Jaclyn Osborn is hanging out with us. If you haven't had a chance to read this author you truly are missing out. She writes for all genres. From YA to historical. If you look through her books you will find one that calls to you. We are going to sit and talk with her about books, life, things. Take a look at her books, and wrap it up with a giveaway. So, get comfy! 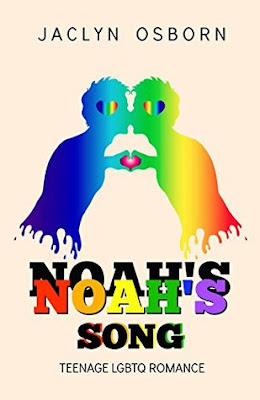 Noah Derwin knows what it’s like to be different. Being a seventeen-year-old kid in high school with blue hair, piercings, a mostly all black wardrobe, and an obsession with zombies and video games, he doesn’t exactly blend in. But he never wanted to. His two dads raised him to always stay true to himself.

Bastian Hunter prefers structure and predictability. Suffering from a rare disease, every day is a challenge for him, and he prepares for the future by excelling academically and denying who he really is. Everything changes when he meets Noah, the unpredictable variable in the equation he’s built his life around, and feelings he's hid for so long begin to surface.

Being gay in high school isn’t exactly rainbows and butterflies, and Noah has definitely faced his fair share of bullies. Moving to Port Haven, Oregon opens up new possibilities for him, and he starts falling for the quiet, brown-eyed boy from his English class. Too bad the attraction is one-sided… or is it? 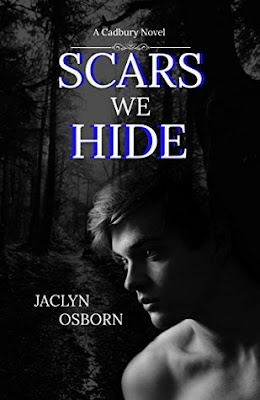 Trust makes you vulnerable. Weak. Peyton Evans learned that lesson long ago. Being shuffled between foster homes since he was five, and then surviving for so long on his own, he has kept a wall around his heart. The abuse he suffered at the age of fifteen refuses to fade into the past, and the scars it caused impact him every day. He’d thought he’d found love before, but that relationship showed him once again that trust only led to more pain.

Struggling with an addiction he developed as a teenager, Torin Hayes found himself one screw up away from going to prison and decided to get clean. But a sudden incident threatens to send him back down that rocky path, and he fears people will never look past his intimidating appearance and will only see the tattooed delinquent he’s been labeled as for years. Moving to Cadbury, Oklahoma is his only way to start over.

When the two men meet, the attraction between them is far from instant, but Torin’s persistence blurs Peyton’s opinion of him as a tattooed bad boy who will break his heart and shatter him all over again. Peyton’s scars run deep and make it hard for him to let go of his fear and accept a love he doesn’t feel he deserves. But, when it comes to matters of the heart, even the most strategic plans can change.

*Trigger warning: This story contains content that may be sensitive for some readers. The triggers are: drug/alcohol abuse and flashbacks of sexual abuse including rape. This is Book 2 in the Cadbury series, but can be read as a standalone.* 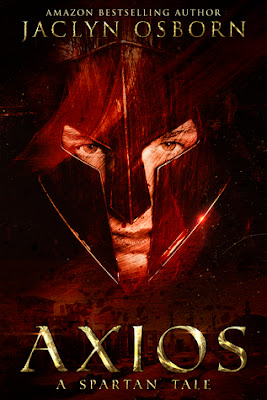 I am Axios of Sparta, and I was born to kill. At age seven, I left home to train with other boys where we were taught obedience, solidarity, military strategy, and how to withstand pain. My harsh upbringing stripped me of my weaknesses and forced me to become strong. Ruthless.

But, I craved something greater—a life I could never have.

Against all odds, and the toughest training a warrior could endure, I found an unexpected love in the arms of a fellow Spartan. He was the very air I breathed and the water that sustained me. Fighting side by side with him, we were invincible. Where he went, I followed.

However, there was no place for love in Sparta. Feelings were for the weak. The only life for a Spartan was one of battle and brutality with no guarantee of tomorrow. In times of war, all men were put to the test, but the greatest challenge for us was not one of swords and spears, but of the heart. 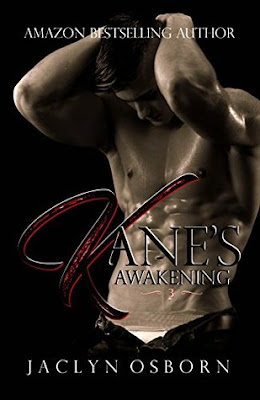 “I built a wall around my heart and refuse to let anyone in.”
Rookie cop Kane Matthews doesn’t believe in love and is only interested in random hookups. It’s easier that way. Less complicated. He learned years before that opening up to people would only cause pain when they screwed him over. At twenty-four, he has no desire to settle down.

“I want someone who will stay by my side. Someone to love and grow old with.”
Defense attorney Ryker Carson is a romantic at heart and is looking for his Mr. Right, but after several failed relationships, he doubts he’ll ever find true love. But that doesn’t stop him from trying. At thirty-one, he’s the father of eight-year old twins, and he needs a man who will accept not only him, but his family as well.

Kane and Ryker couldn’t have been more different, and yet, when they randomly meet in a club one night, their attraction is undeniable. Hot sex in the club soon turns into more, and Kane is faced with one of his biggest fears: commitment. Ryker is drawn to the sexy, arrogant, and unfiltered Kane, even though he suspects only heartache can come from it.
When an incident at Kane’s work leaves him emotionally vulnerable, the two men grow closer and sparks fly. However, Kane’s fears and troubled past catch up to him, threatening to push away the one man who’s ever captured his heart.

*This is Book 3 in the Awakening series and can be read as a standalone. There are trigger warnings for this story, and a list of them can be found using the Look Inside feature on the book.*

Thank you, Jaclyn, for being here today and talking with me. There’s been a lot of exciting things happening for you this year and I look forward to talking to you about them.

-Thank you for having me!

First, tell us three interesting things about you that we wouldn’t read about in your bio?

-Hmm, I'm not that interesting honestly haha
1. I'm a huge history nerd, and I can read about Ancient Greece and Rome and be entertained. That's also why I wrote Axios: A Spartan Tale, I put my love of history and my passion for writing together.
2.      I can't whistle.
3.      I love all kinds of music. Alternate rock like Black Veil Brides and Bullet for my Valentine to movie score soundtracks like Lord of the Rings.

Kane’s Awakening Just released. This follows a series? Can you yell us a bit about the book? Obviously it’s not a standalone.

-Actually, Kane's book can be read as a total standalone :) the main characters are new. Side characters from the other two books make very small appearances, but you don't have to have read them to understand.

This book was a type of therapy for me, honestly. After I finished writing Axios, I was in a total depressive slump. And then Kane came to me. He was absolutely obnoxious and made me laugh, and before I knew it, I was writing like crazy on him. His story is about learning how to heal from the past and having an open mind—and heart—for the future. Kane and Ryker made me fall head over heels in love.

-Oh! I love this question! I'm so happy that Conversations with Kane caught on so well. It's something I plan to continue for sure. Even though his book is finished, there might still be some posts with him :) but it's something I'm going to do with each new character. My characters have always talked to me, but I never thought people would want to read our weird talks haha so I'm excited people like it.

Let’s talk about Axios. WOW! That was an experience that book. How much research did you have to do for this?

-Thank you! And holy crap, the research for that book was INSANE. Fortunately, I already knew a lot about Sparta from school and college (nerd, remember? Haha) But there was a TON I didn't know. I also chose a time period where there were soo many wars going on. Sparta was the enforcer of the peace treaty, so anytime there was conflict, they were brought into it. I spent MONTHS researching for Axios, and even as I was writing him, I had all of my research materials beside me the whole time. I loved it, though. But I certainly need a mental break before I jump into another historical.

While Axios is a love story (in my opinion) it’s an epic adventure as well. Teetering on the edge of tragic. If a reader asked you what it was about without telling them the end what would you say?
-Hmm. I'd tell them it's the story of a man who doesn't like the hand he's been dealt. He wants more out of life. Sparta was such a war-hungry society. Men were born and raised as soldiers; they had no choice of a different life. It was live and die for Sparta; that's all. But Axios sees the beauty in life and he has such a questioning mind. He wants to travel and experience all that life has to offer—to swim in the bluest waters and run through the greenest of fields. And to love. His greatest friend is also the man he loves and the other half of his soul.

You attended GRL for the first time this year. Tell us about your experience?

-Wow, it was both nerve-wracking and exciting. I met so many amazing readers who made me tear up with their kind words, and I met some incredible authors. It was great to finally put faces with names haha

What was your favorite thing about GRL and would you go again?

-My favorite thing was the people: meeting the readers and also the Cocky Boys. I went with my best friend and I got to meet my other best friend (Nicky James) for the first time. Honestly, I'm not sure if I'd go again. But maybe :)

Can you tell us what we all have to look forward from you in 2018?

-First of all, I'm so freaking excited for next year. I have a LOT planned! More Young Adult books, including a sequel to “Noah's Song”. I also plan to write more non-contemporary books. This is the FIRST place I've announced this :) as a reader, I love paranormal, fantasy, etc, and I'm finally going to delve into those topics as a writer too.

There is a pirate chattering in my head. He's wanted his story told for over a year, but I kept putting him off. But he's FINALLY getting a book.
I'm also going to introduce a new book series, involving a group of sexy, immortal warriors. It's a series that I had in my head even before I wrote Michael's Awakening, so it's been a long time coming. It will be more like an urban fantasy. Modern day, contemporary setting, but with magic intertwined and hidden within.

Okay, thank you, Jaclyn! It’s been awesome talking with you.

Jaclyn is offering one person a $5.00 Amazon Gift Card!
Enter the rafflecopter below!
Contest will end November 24th
Thanks
a Rafflecopter giveaway
Posted by Diverse Reader at 7:00 AM