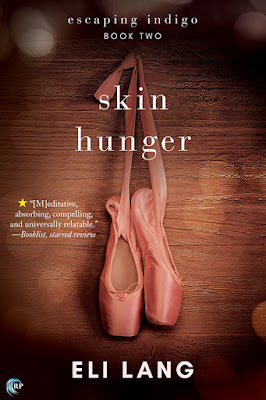 
Ava should be living her dream as the drummer for Escaping Indigo. The problem is, she’s secretly in love with her bandmate, Tuck. But he’s fallen for someone else. Being a drummer is still the best, but for Ava, every day is also a reminder of what she can’t have.

With her grandmother moving into assisted living, Ava figures it’s a good time to head home and help out. And if it lets her get some distance from Tuck and his girlfriend, all the better. But Ava hasn’t visited her family in years, and home isn’t really home anymore. Instead, it’s the place she’s been running from, full of memories of everything her parents wanted for her—and everything she didn’t want for herself.


But on the airplane, Ava meets Cara, and the two women feel an immediate connection. And when they bump into each other a second time, it seems like fate. Cara offers Ava something she’s never had—someone to love who loves her back. But to be with Cara, Ava may have to change her whole life around, and that’s something she’s not sure she’s ready for. 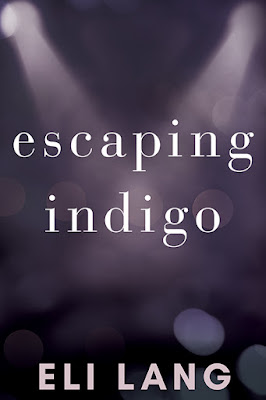 About the Escaping Indigo Series

Escaping Indigo is a busy band, whether they’re playing edgy rock music in a darkened theater, touring the country together, or meeting up with other musicians at a summer festival. And they’re always writing new melodies, new riffs, and new lyrics to tell their stories.

Micah, a drummer, is hoping to leave the memories of his old band behind by going on tour with Escaping Indigo as a stagehand. But there he meets Bellamy, the lead singer, and he finds himself tangled in a romance that makes him face everything he’s lost.

Ava, drummer for Escaping Indigo, is hoping that time away from the band will give her a chance to sort through her complicated feelings for her best friend, who’s in love with someone else. But a chance meeting with a beautiful woman leads to an unexpected romance that makes Ava rethink her plans for her future.

From unrequited love to finding your way, old friendships to lost dreams, surprising secrets to unexpected encounters, Escaping Indigo has a song to suit.

To celebrate the release of Skin Hunger, one lucky winner will receive an e-copy of both Escaping Indigo, the first in the Escaping Indigo series, and Half, also by Eli Lang! Leave a comment with your contact info to enter the contest. Entries close at midnight, Eastern time, on November 18, 2017. Contest is NOT restricted to U.S. entries. Thanks for following the tour, and don’t forget to leave your contact info!

Posted by Diverse Reader at 5:08 AM