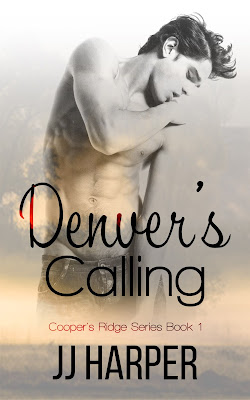 
When Denver’s long-term partner breaks up with him, he flees his life, his career, and his bright future as one of the country’s leading trauma surgeons. Ditching everything but his dog, Denver returns to the quiet town of Cooper’s Ridge and his parents’ ranch.
Leaving twelve years earlier, Denver knew he would never be accepted as a gay man in an unaccepting town. So, when he meets Kes—an old school friend—in the bar he owns, he is shocked to find him in an openly gay relationship. Something he never thought would happen here.
What surprises him even more is the instant, mutual attraction the three men have. Accepting a job in Kes’ bar, they dance around each other, wanting them but not believing he would ever fit in with a couple so obviously in love. But, they want him. And they are not prepared to let him go.
Denver takes a risk and accepts their offer of a night out, finding a side of himself he never knew existed. Not trusting himself to be enough for the two men, the desire blooming in him is unprecedented and he can’t deny it: he wants them as much.


He finds his life falling into place, all because of two men. Is it possible he found his forever in a place he never expected it? 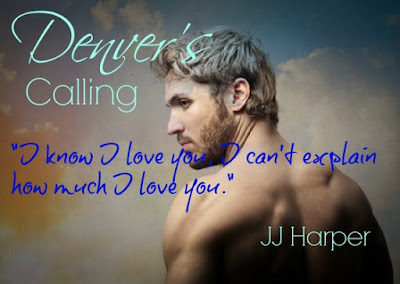 My head is in a spin, I can’t get Denver out of it. His scent, as he sat next to me, was intoxicating: the pure man essence made my mouth water. But the reaction from him with every touch, not just from me but from East, too, has had my dick hard all afternoon. I’m prepping some food for tonight, keeping it simple with some homemade pizza and a few beers that are already in the fridge.
East will be home soon, Ellie won’t keep him there too long. She simply likes to spend an hour or so, a couple of times during the week, then spend time together at the weekend; I’ve got used to it now but it was a shock at first. I was surprised when East mentioned her this afternoon but Denver didn’t pick up on it, or at least he didn’t question it. Maybe he knows, his parents and brother will have filled him in on all the town news when he got back here. And Cal definitely knows.
The door opens and I turn to see East walk through, he looks tired but his smile brightens up his face as he sees me.

“Everything okay?” I ask as I wipe my hands on a towel and walk towards him. I lean in and capture his lips with mine.

“Yeah, Ellie is good. She’s got a school dance this Friday and wanted to show me her outfit. She’s growing up way too fast.” East chuckles. “I’m gonna grab a shower then I’ll come and help.”

“It’s all done; take your time, baby. Do you want me to come and scrub your back?” I waggle my eyebrows.

“I don’t think there’s time for that.” East smirks, and heads down the hallway to our bedroom. It’s a large home, all on one level but there’s plenty of space; East did an awesome job on renovating and restoring the old building. I follow him and sit on the window seat as he strips off his clothes. He looks over at me. “What do you think of Denver then?”

“Now there’s a loaded question, baby.” I lean forward and rest my arms on my knees.

“You know what I mean. Shit, Kes, the reactions we get from him are hot as hell! He’s sexy as fuck and he seems to be interested.” East wanders to our bathroom, making me get up and follow him.

“I get that feeling, too, but he does seem confused and I’m not surprised: he must be getting some very mixed signals from the two of us. On one hand, we are affectionate to each other and then we are casually flirting with him. But fuck, East, the smell of him this afternoon as I drove him back home had me fucking hard.” 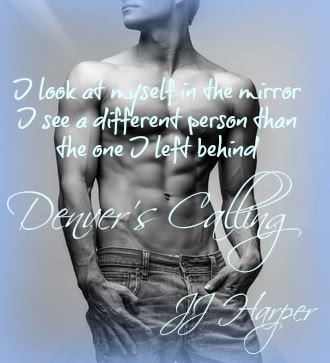 JJ Harper likes nothing more than to lose herself in books, either reading or writing them. She spends her days dreaming about hot men and love stories, letting her imagination run away with her.
Living quietly in the South Lincolnshire countryside with her very patient husband and her uber-lazy dog she hides behind a sweet smile but really is a coffee-addicted, wine drinking, potty-mouthed girl with no intention of ever growing up or growing old gracefully.