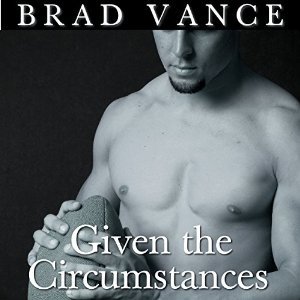 Synopsis
Two promising college athletes meet, each needing something only the other can give him…
When Roger and Brian lock eyes on the first day of school, a friendship is born. Both men are hungry for connection – Brian needs the acceptance, encouragement and support he never had growing up, and when he finds out his new best friend is gay, it brings his own sexual identity into question. Roger needs a big brother, a best friend, but that will never be enough, especially not when he’s this close to big, strong, handsome Brian.
And both men want something more – careers as professional athletes. For Roger, the demands of the closet, the need to reject the love of a man to fulfill his love of the game, will be a crushing burden. For Brian, his downfall will be the substances he uses to get an edge over the competition, and to suppress his gnawing self-doubt and guilt.
One set of desires will bring them together, the other will force them apart…
Excerpt

Just give me another minute, Brian appealed. But his feet didn’t listen, they kept propelling him forward, and his hand went to the door handle. I’m not ready.
It didn’t matter, he knew. He was here, the die was cast, as Caesar had said. He opened the door and walked in.
Look at them, he told himself. Brainiacs. What are you doing here? It was Cal State Berkeley, man. Not Party Hearty State College, where he maybe, probably, should have gone. It wasn’t Lessing College, where he’d at least been able to keep his scholastic head above water.
He had a year of sitting out ahead of him, a year in academia alone for the first time in his life. Fucking insane stupid NCAA transfer rules that deny an athlete a whole year in his prime, for what? To keep you chained to the wheel, for the benefit of the schools and the coaches and the boosters, never the student, no matter what claptrap they spouted about academic excellence, stay the course, blah blah blah.
There was nobody with a hand on his shoulder, nobody to whisper, “You belong here.” He was on a baseball scholarship, or would be next year. This year he was here on a boatload of student loans. And like anyone else in his situation, who’d made a huge change and realized it couldn’t be unchanged, his blood had gone ice cold and he’d thought, What have I done?
Everyone in the classroom was in their own little world, not even looking up at the new guy. Nobody looks at anybody, he thought, anywhere ever. Trying to make eye contact with people on campus was like a contact sport where the goal was to avoid contact. Some people were oblivious, in their own world. Some people were shy, some people were assholes. But almost nobody wanted to look at you, just nod, and smile, and say “Hey.” To just be…civilized. They acted like you were going to ask them for spare change, or beg them to join your cult. It was the first time in his life he’d been somewhere he didn’t know anyone. And it sucked.
But one guy in the classroom looked at him right away. A fellow jock, no doubt – another guy always watching patterns, movements, making sure no detail of the action escaped his attention.
The guy nodded, Brian nodded back. The desk on his left was empty, and Brian took it. Something tense unknotted inside him, now that he’d finally had his first friendly moment of the day, of his new life. It was something he’d needed like a glass of water.
“Hey, I’m Roger,” the dude said, offering his hand. He looked familiar to Brian, with his dark hair and big blue eyes, the ultra-white sclera of a clean-living man, and the pale skin of someone who either spent this last summer indoors or had sensitive skin. He looked to be just short of Brian’s own height of six foot four, but not as beefy as Brian. He had a firm grip, and a big hand. A really big hand. Meaty and work-toughened, like his own. Football, Brian thought. Was he a wide receiver? I feel like I should know who he is…
“I’m Brian.” Roger looked at Brian, at his serious handsome face, tanned from the summer he’d spent outdoors without any of the sunscreen Roger applied rigorously. He took in Brian’s dark hair and dark eyes, and felt his grip match Roger’s own.
Put it back, Roger told himself. But “it” was out – he was young and horny and this guy was…hot. He’s a big bastard, he’s got to be 240 at least. All muscle, heroic shoulders and chest. Rolling on top of you, wrestling with you, pinning you down, one of the one tenth of one percent of guys in the world who are bigger than you, who can do that, who can win that fight, the fight you’d put up to make him prove his worth, all the while wanting to lose, refusing to lose, thrilled to lose…
And then what? he said, discipline kicking in like it did every time now, every time he met a hot guy. Walk it forward. Let’s say he’s gay, and you fall in love, and then you’re a couple, and then everyone knows you’re gay, and that’s it for your NFL dreams, buddy.
No. He’d put too much into it for too long, to lose it in exchange for a couple quick spurts. Nobody knows who you’re thinking about when you jerk off, he thought. That’s all you get for the next ten years. Just…remember him. And use this tonight.
Dude is intense, Brian thought, feeling the force of Roger’s gaze.
Then there was no more time for conversation, as the professor dashed in the door, hair and papers flying behind him. “Good morning. As they say on the plane, our destination today is the Italian Renaissance. If that is not your destination, you’re on the wrong flight.”
That broke the first class tension, the tension when you didn’t know if the professor was going to be a flake, or an asshole, or an idiot, or a bore.
Purchase
Amazon | Audible | iTunes

-        What made you decide to narrate the audiobook yourself?

I guested on an episode of the WROTE Podcast in June 2015, and the hosts, Vance Bastian, SA Collins, and Jayne Lockwood, all told me I had a voice “like chocolate.” I idly said, well, I should do my own audiobooks, then! And they said yeah! Do it! And that was the start of the journey.

-        Was there anything that was unexpectedly difficult or snags you ran into doing the narration yourself?

Definitely. It took me a long time to get down both the technical aspects and the artistic aspects. At first I spoke too fast, and put out a lot of huffs and snorts etc. that I didn’t really hear…until I went to edit the audio with a pair of Bose noise canceling headphones on. I was horrified! I’d recorded a lot of my first audiobook, A Little Too Broken, without having edited most of it. And when I did, I realized, I just have to throw this out and start over. It was a learning experience. Every time I edited, I learned what I needed to change in my narration to make the editing easier. I’m on my third audiobook now, and I’ve really got a good system going.

-        What advice would you give to other authors considering narrating their audiobooks?

Give it a go! The cost isn’t what you’d think. I didn’t build a big studio, I just put a microphone inside a moving box lined with acoustic foam, and pretty much stuck my head inside that. You’ll want a computer with a decent sound card; I bought a new desktop PC for $350. The Blue Snowball is $50 and it’s as good as anything you’d see for more. It even picked up my stomach gurglings, I realized one day, and I had to throw that session out!

As for your voice, don’t worry about that too much. There are some scary robots narrating bestselling mainstream books – you’d think they were text-to-speech but no, they’re people. You know your characters better than anyone, they spoke to you in your head, now let them speak out loud.

-        Did narrating your audiobook help teach you anything about your writing style? (Commonly used phrases, overused words, etc.)

It definitely taught me not to use phrases with lots of ess sounds in a row! The great thing about doing both self-publishing and self-narrating is that as you narrate, you can change the ebook as you change the script, if the phrasing is too awkward. Then republish the ebook! And I always find typos that have escaped my eye for years. And that, it seems, you’ll only find when you read your entire book out loud. And in the future, I’ll definitely have an eye out for run-on sentences – I’ll be thinking, “that’s a hard line to narrate.”

-        What was your favorite part about narrating your audiobook?

I like to “cast” my audiobooks. I pick the movie star who’d play the role of each character, and that’s the voice I strive for. Not a sound alike, but a tone and phrasing in my head that is “that actor reading those lines.” I picked Jon Hamm for Tom in A Little Too Broken, and I’m using Susan Sarandon for Rose and Sissy Spacek for Sherry in Apollo’s Curse. It takes a lot of the pressure off trying to come up with different voices for the characters, and helps keep you doing the characters the same way throughout, if you pick an actor whose voice you’ve heard so much of you can hear it in your head.

Lots more audiobooks! I’ll be working through my back catalog, and after Apollo’s Curse, I’ll be on to Would I Lie to You? Later this year I’ll be wrapping up my Marc and Jesse/Game Players series, and from there, we’ll see. I’m hiring out on ACX as a narrator for others now, so we’ll see how that goes!


Brad Vance writes gay romance, erotica and paranormal stories and novels, including the breakout hits "A Little Too Broken" and "Given the Circumstances." 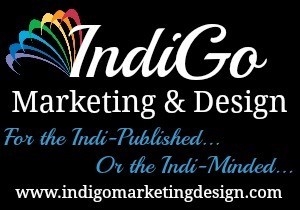 Posted by Diverse Reader at 6:52 AM