Book of the Week: Closer by Morning by Thom Collins #Review 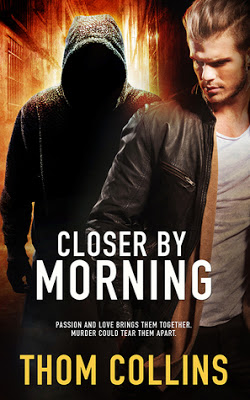 Passion and love bring them together. Murder could tear them apart.

When Matt Blyth, a handsome young lawyer, joins an early morning boot camp, all he wants is to get in shape. His thirtieth birthday is approaching fast. He’s ready to throw away the past and embrace a new future. The last thing he expects is to fall in love…or become embroiled in murder.

Dale Zachary, an American actor, is stuck firmly in the closet. He spent his twenties playing good-looking jocks in bad horror films and romantic comedies. But that boy-next-door act has a limited shelf life. Dale lands the role of his career playing a sexy, psychotic killer in a major British TV series. It’s a part that could make him a star. It’s no time to fall in love, but when Dale meets Matt, the attraction is impossible to resist and they both fall hard.

Someone is killing young men in the city. A killer like no other. The murders bear an uncanny resemblance to the script Dale is shooting. A devious mind is at work. As their relationship becomes more complex, Matt and Dale find the murders intruding further into their lives. The killer is closing in on his next target. It could be either one of them…or both.

Review
I have a love/hate relationship with scary movies and stories. I live for the excitement of trying to figure out the whodunit, the sitting on the edge of my seat feeling, the pounding of my heart when the bad is closing to getting the good guy. But on the other side of all that is the emotional roller coaster that’s the after effect that can last a while after the movie/story is over. I typically read more on the tame side of the spectrum of the scary/creepy stories so when this one came up I was more than willing to give it a shot.
Matt Blythe is a lawyer who meets Dale Zachary, an American actor, when he had decided that a morning boot camp is what he needed to get in shape. There was an immediate attraction between them and what starts as lust turns to more fairly quickly. Through all of the growing of their relationship there was a serial killer on the loose killing young gay men that seemed to have no connection. But one connection the public and media is willing to make was that Dale’s murder mystery TV show was the cause because the killer seemed to be copy catting the script even though the show was still in productions.
We get a host of cast of characters that each play an important role in the journey of the serial murders and even have an impact on the relationship of Dale and Matt. What I loved most about this story was the writing style of the author. Using more than just the two main characters POV’s to tell us the story, sinking the reader into the possibility of who could be the killer.
Is it someone they knew or a complete stranger? Someone from the show or an ex-boyfriend? We meet Jaime the cop that is Matt’s ex, Aaron the fuck buddy that Dale had been involved with but won’t give up so easily on trying for more, Clint the strict and gruff gym owner that ran the boot camp who lets no one get away with excuses, and Keeley the piranha of a journalist that would do anything for a story. Each one gets the chance to give us a glimpse of a part of a story that we wouldn't have known otherwise.
This is less murder mystery and more sexual serial killer so the author does tell us who the killer is but not until we are more than halfway through the story keeping us guessing until that point but what this does is gives the reader a very close intimate look into the mind of the creepy serial killer. And believe me when I tell you he does a phenomenal job at doing that with purpose! And as much as no one wants direct access to those kinds of thoughts it really set the best mood of the story which was not a mild or tame murder story after getting to know the killer and the why and how they do what they do. I was in awe of this in the book and kept me at the edge of my seat while I waited for his next move towards the killer’s ultimate goal.
The romance part of the story is actually the complete opposite of the murder part. It was sweet romantic and hot as the same time. I think the sexy scenes were great but maybe slightly over the top but again that is a personal thing not so much something that everyone would agree with me on so it's something that I would never deduct points or stars from a story.
I highly recommend this story to anyone who loves this type but also those who think they don’t because it might just be the one that actually changes your mind. I will definitely be reading this author again. 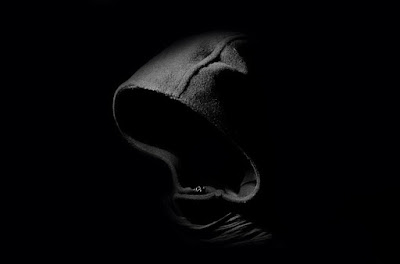 Posted by Diverse Reader at 2:42 PM