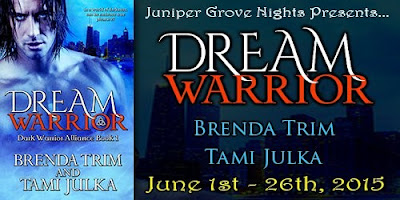 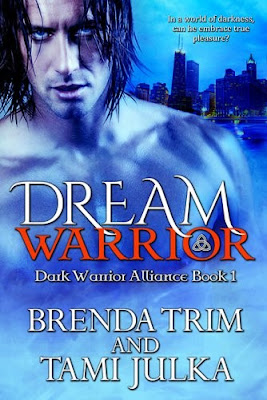 Synopsis:
Along the edges of darkness, a war of attrition rages between the demon plane and the Tehrex Realm.  Dark Warriors alone stand between humans and the evil that seeks to destroy them.  Zander Tarakesh, the sexy as sin vampire king, leads the battle.  Zander is battle-hardened and accustomed to command, yet wrestles to regain control when his Fated Mate is propelled into his world, bombarding him with unfamiliar emotions.  His life depends on him uniting with Elsie, the slip of a mortal, who unknowingly protects a vital piece of his soul.  Eradicating the demons will be an easier task than combating her sense of guilt and betrayal to gain her acceptance, loyalty, and ultimately her love.  And, he must do this before she plunges a stake in his heart.  One thing is certain; the flames of passion ignite a fire in their shared souls…
Elsie Hayes’ life is shattered after the vicious murder of her husband.  Intent on revenge, she spends her evenings killing creatures others only see in nightmares.  A supernatural event teleports Elsie into a world filled with violence, magic and unexpected lust and love when she is thrust from widow to Fated Mate of the enigmatic vampire king.  Can she lower the protective shield around her heart, giving herself to a vampire whose power is the very reason her life was changed forever? 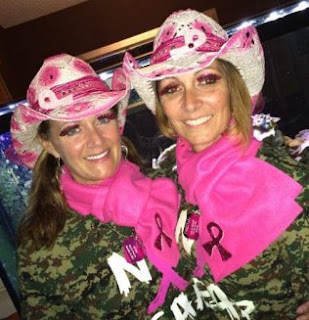 About the Authors:
Neither Brenda nor Tami grew up writing stories or dreaming of one day being authors but that changed when they shared a joint dream of creating a world to bring to life the stories of a group of dangerously handsome supernaturals.
Brenda is a Southern California girl who grew up in chaos, having ten siblings.  Her mother is a brave, courageous woman who gave birth to a small village of children and has successfully battled advanced stage breast cancer for almost two years.  Her parents did something right and taught Brenda how to persevere and accomplish whatever she set her mind to.  Whether that was completing her bachelors and Masters degrees, or writing books, she is always up for a challenge.
Brenda survived the brutal murder of her first husband, John DeCaprio, at the hands of the children he was counseling to go on and help children in similar situations.  Brenda remarried years later and now lives with her husband and their three fun-loving, energetic children.  She loves running, reading, cooking, and Monster Energy drinks.  And, Tami’s margaritas!
Tami is a southern girl, born and raised in Georgia. She is married and has two boys, so needless to say, she is surrounded by testosterone. We are trying to bottle Tami’s strength and positive outlook on life.  It has helped her beat breast cancer and she is a proud three-year survivor. She loves reading paranormal romances, running at the lake near her home, watching college football (Go Dawgs!!!), and is always in search of the next best margarita.
Their life journeys led them both to Texas and one another.  They fast became best friends and can always be found together.  Whether it’s lounging by the pool or writing steamy love scenes, they are frequently seen pissing themselves from laughter.  It’s embarrassing, really.  But that’s ok, life is good!
Amazon Author Page | Facebook | Twitter | GoodReads | Website

Giveaway Details:
There is a tour wide giveaway. Prizes include the following:
Giveaway is International.