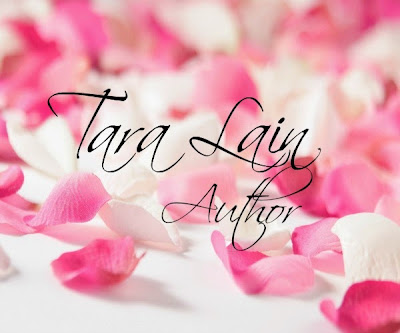 Tara Lain being my author spotlight this Saturday is thrilling. She's amazingly talented and truly one of the kindest people I've ever had the pleasure to speak with. Today we're going to look at some of her work, do a wonderful interview, and end it with a terrific giveaway. Let's begin with taking a look at some of Tara's amazing works. 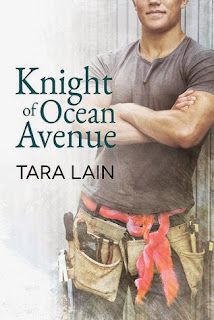 How can you be twenty-five and not know you’re gay? Billy Ballew runs from that question. A high school dropout, barely able to read until he taught himself, Billy’s life is driven by his need to help support his parents as a construction worker, put his sisters through college, coach his Little League team, and not think about being a three-time loser in the engagement department. Being terrified of taking tests keeps Billy from getting the contractor's license he so desires, and fear of his mother's judgement blinds Billy to what could make him truly happy.

Then, in preparation for his sister’s big wedding, Billy meets Shaz—Chase Phillips—a rising star, celebrity stylist who defines the word gay. To Shaz, Billy embodies everything he’s ever wanted—stalwart, honest, brave—but even if Billy turns out to be gay, he could never endure the censure he’d get for being with a queen like Shaz. How can two men with so little in common find a way to be together? Can the Stylist of the Year end up with the Knight of Ocean Avenue? 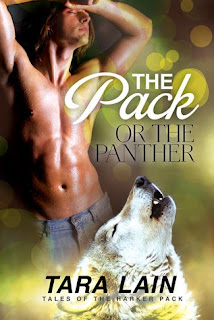 Cole Harker, son of an alpha werewolf, is bigger and more powerful than most wolves, tongue-tied in groups, and gay. For twenty-four years, he’s lived to please his family and pack—even letting them promise him in marriage to female werewolf Analiese to secure a pack alliance and help save them from a powerful gangster who wants their land. Then Cole meets Analiese’s half-brother, panther shifter Paris Marketo, and for the first time, Cole wants something for himself.

When Analiese runs off to marry a human, Cole finally has a chance with Paris, but the solitary cat rejects him, the pack, and everything it represents. Then Cole discovers the gangster wants Paris too and won’t rest until he has him. What started as a land dispute turns into World War Wolf! But the bigger fight is the battle between cats and dogs. 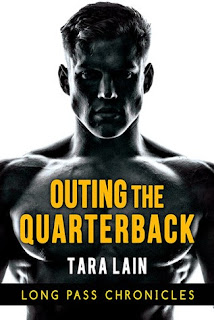 Will Ashford lives in two closets. He meets his wealthy father’s goals as both the quarterback for the famous SCU football team and a business major, but secretly he attends art school and longs to live as a painter. And he's gay. But if he can win the coveted Milton Scholarship for art, he’ll be able to break from his father at the end of his senior year.

In a painting master class, Will meets his divergent opposite, Noah Zajack. A scarred orphan who’s slept on park benches and eaten from trash cans, Noah carefully plans his life and multiple jobs so he has money and time to go to art school. Will's problems seem like nothing compared to Noah's. Noah wants the scholarship too and may have a way to get it since the teacher of his class has designs on him, a plan Will isn't happy about.

When a gossipmonger with a popular YouTube channel finds evidence that Will is gay, the quarterback’s closet doors begin to crumble. Hounded by the press and harassed by other players, Will has to choose. Stay in the closet and keep his family’s wealth, or let the doors fall off and walk out with nothing. Nothing but Noah. 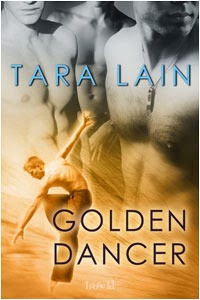 When the mysterious Terrebone "collects" this beautiful dancer, too, Mac rushes to the rescue like a knight in shining cargo pants and plunges into a three-way passion that tears him between love and guilt. Can Mac keep investigating when his story could send one man to prison and another to the morgue? Will this reporter get his story or get his men?

Knight of Ocean Avenue~ GAH! I just don’t have words to express my love for it. You have a scripture debate with Shaz and Billy’s mom in this. Where did you get all the religious knowledge for that epic debate?

Thank you so much! I’m so happy you love my Billy and Shaz. Funny you should ask about the scripture debate. I particularly enjoyed that epic encounter as you called it. Yes, I’ve had an interest in spiritual study for most of my life. I’ve delved into a lot of religious teaching and scripture including the Bible. I have great respect for Faith and feel it’s a high state of consciousness that doesn’t have much to do with what we happen to “believe”. No one ever moved mountains on belief. I get really upset when people pick and choose from scripture as a way of forwarding their prejudices. As a very young girl, I listened to people talking about how God was on their side and everyone who didn’t believe as they did was going to hell. I decided then, that if there was a God who was all-knowing and loving, then there was no chance he or she was condemning three-quarters of the world to hell for fun. And if there was a God who did have such ideas, then I’d rather not go where he or she was. After digging into most of the world’s religions with a sincere heart, I’ve never had any reason to change that decision.

Opposites attract, so they say. Shaz and Billy. Have you found that to be more the truth? Do the most unlikely of people seem to make the best connection?

I don’t think opposites do necessarily attract. I think the secret to Billy and Shaz is that they look wildly different on the outside, but at heart they’re very much alike – honest, honorable, brave, and loving. I get a huge kick out of creating very unlikely couples, but I think they have to have some deep connection that makes then resonate despite their external differences.

Do you have the entire Love in Laguna series planned out? I know you give us a taste of book 2 at the end of book 1.

Yes, the first three books in the series are planned and partly written. The next book, Knave of Broken Hearts, is Jim Carney’s story. It’s scheduled for release on August 3rd. It’s completed and mostly edited. The third book, Prince of the Playhouse, is Ru’s book. It’s not written yet, although I have a basic idea of the story. I’ll plunge into writing it as soon as I finish my current WIP. I can’t wait to give Ru his HEA! If people continue to enjoy the series, then I’ll think about a book 4 and beyond.

You’ve written witches, shifters, football players, fashion designers, Construction workers etc…. Is there a topic, or character you would love to conquer next?

In the near future, I’ll mostly be adding to my current series – a new wolf book, some fairy tale romances, and maybe another Love in Laguna.  But I sometimes think about the fact that I know a lot about some topics I’ve never explored in depth in a book – like religion, yoga, health, nutrition, marketing, advertising, and a few others. I’ve done little touches of these things in books, but maybe I’ll use them as a main plot point one of these days. I’ve written one romantic suspense in my career so far, and, while I’m not a natural mystery writer, I might try another one sometime soon.

If you could sit down with ANY author and pick their brain who would you choose and why?

You don’t say if the author has to be living, so I’ll go back in time and meet Oscar Wilde. Any person who could write The Importance of Being Earnest is okay with me! Actually, I’d like to bring him forward in time so that he could live a longer and happier life and be more completely appreciated for his outrageousness.

What is taboo for you in writing? (yours or others)

I don’t read or write (I hope) things that hurt others. That’s kind of a given. I don’t like stories that demean people or really even make fun of them. There are some types of comedy that make me squirm. I can’t take too much schadenfreude. And I must confess that I’m not a lover of heavy angst. That’s probably pretty obvious from my writing. While I think that I’m making my heroes suffer horribly, my readers say “how sweet”. head desk  LOL

Do you do conventions? GRL etc? And are you attending any this year?

When people read this, I’ll just be back from RT in Dallas (assuming the tornadoes don’t keep us all home). I’m also a Featured Author at GRL in San Diego this year and have some fun events cooked up with other author friends to show readers a good time. : )

What are your words of wisdom for someone starting out in this field?

If you want to be a writer, the most important thing to do is write. Finishing a book – more than one book – is a powerful thing and shows you what you can accomplish. Take online workshops, learn point-of-view, and, above all, write. Unlike just a few years ago when I started, today we all know we can be published. So for those who are just starting, take responsibility for your product. Find great editors, either to help you self-publish or at the publisher you choose, and pay attention to them. Let them make you better. Keep learning, keep practicing, and honor the wonderful people who buy your books with your effort.

My next release is Knave of Broken Hearts currently scheduled for August 3rd. That’s the second Love in Laguna book. In the late fall, there will be a re-release of my fairy tale romance, Sinders and Ash, followed by the brand new second book in that series called Driven Snow. The series is named The Pennymaker Tales and I plan to write a few more books in that series. I’m currently writing Tackling the Tight End, the third book in The Long Pass Chronicles. It will be released early in 2016, followed by Prince of the Playhouse. Then maybe the next book in Tales of the Harker Pack (I’m cooking up an idea), another Pennymaker Tale and maybe another Love in Laguna book if people keep enjoying them. I might even venture into a romantic suspense.

How can your fans find you in social media? Twitter, FB, other?

Tara Lain is giving one reader a chance to choose one of her books (Minus anthologies) All you have to do is enter the rafflecopter below. It's that simple. Contest runs until Friday, May  29th. Winner will be contacted via email so be sure to check your spam.

I truly want to thank Tara for being here and agreeing to being my spotlight this week. I really hope you all check out her work if you haven't already. Her newest book Knight of Ocean Avenue is OUT NOW! You want to read it since book 2 comes out in August!!!!